Crocodiles sleep with one eye open

Costa Rica Crocodile Pocho is Dead, But his Legend Lives On 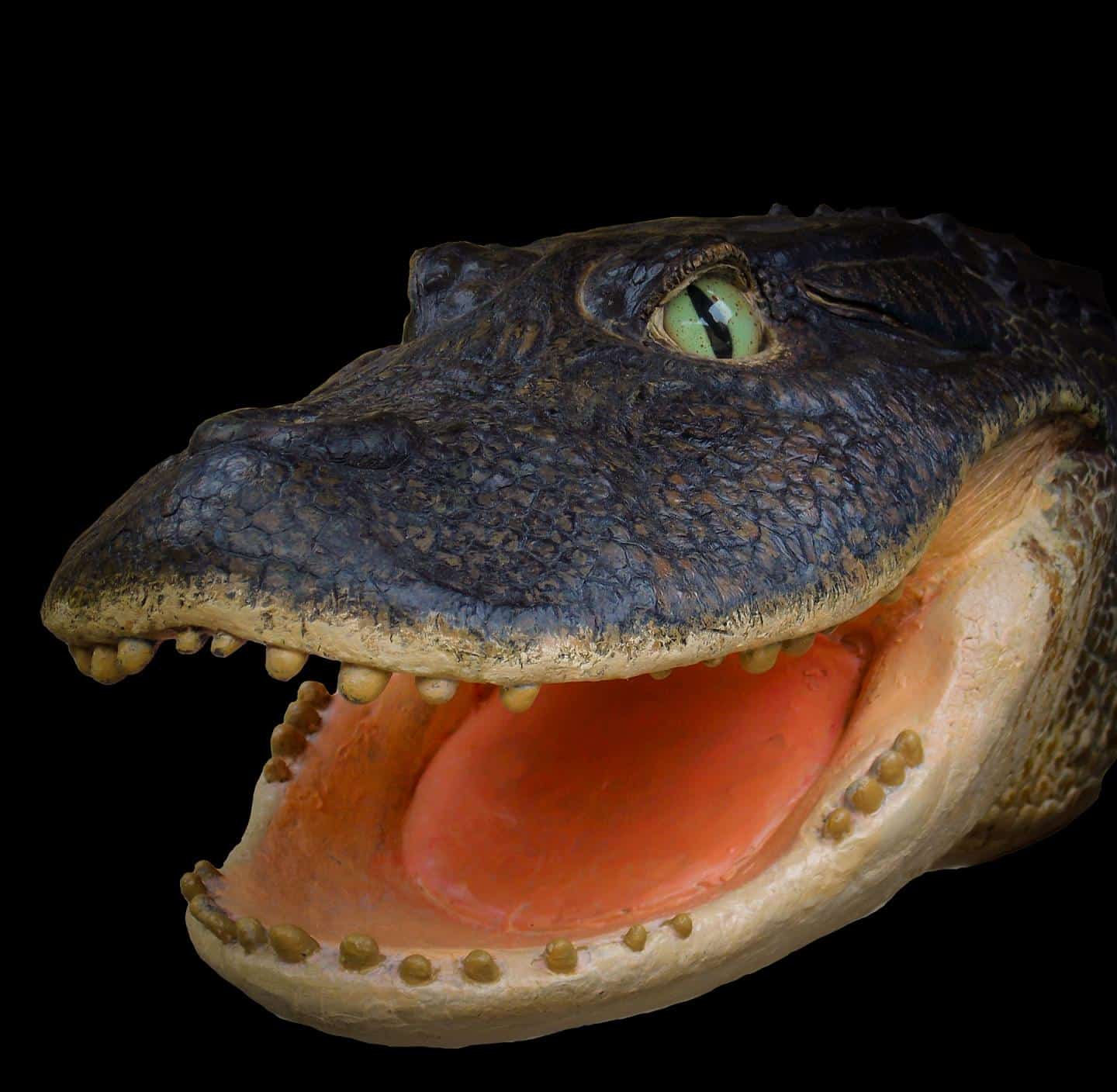 A reconstruction of Gnatusuchus pebasensis, a 13-million-year-old, short-faced crocodile with globular teeth. Scientists think it used its snout to scoop up clams from mud. Before the Amazon River formed, massive wetlands that once sat in the Amazon basin were home to an unprecedented diversity of crocs. (Model by Kevin Montalbán-Rivera/Photo © Aldo Benites-Palomino.)

OK, OK, so the Amazon is veritably teeming with biodiversity across the board. But for crocodiles, at least, the river was bad for business.

According to a new study in the Proceedings of the Royal Society B, the massive wetlands that once sat in the Amazon basin (until the river formed some 10.5 million years ago) were home to an unprecedented diversity of crocs. And those crocs were able to share their space because their diet was very different from species living today. Instead of preying on the large creatures, the ancient crocs focused on clams and other small mollusks.

Researchers uncovered fossils from seven different species of crocodiles that lived together about 13 million years ago in what is now the Amazon Basin of northeastern Peru. The skulls and jaws are extremely diverse. The three newly discovered species are shown below the fossils. Reconstructions by Javier Herbozo. © Rodolfo Salas-Gismondi.

Three of the seven species, which were uncovered during expeditions starting in 2002, are entirely new. The most telling fossil was that of Gnatusuchus pebasensis. With its short, shovel-like mouth and rounded teeth, it almost certainly trawled the swamp mud to scoop up shelled prey.

But for the mollusk eaters, the birth of the booming river eco-system meant certain death. Mollusk populations went way down as the river evolved. Today, even the hyper-diverse Amazon only has three species of crocodile — all the more generalized caimans — that live in the same area, and they rarely stay in the same habitats at the same time.