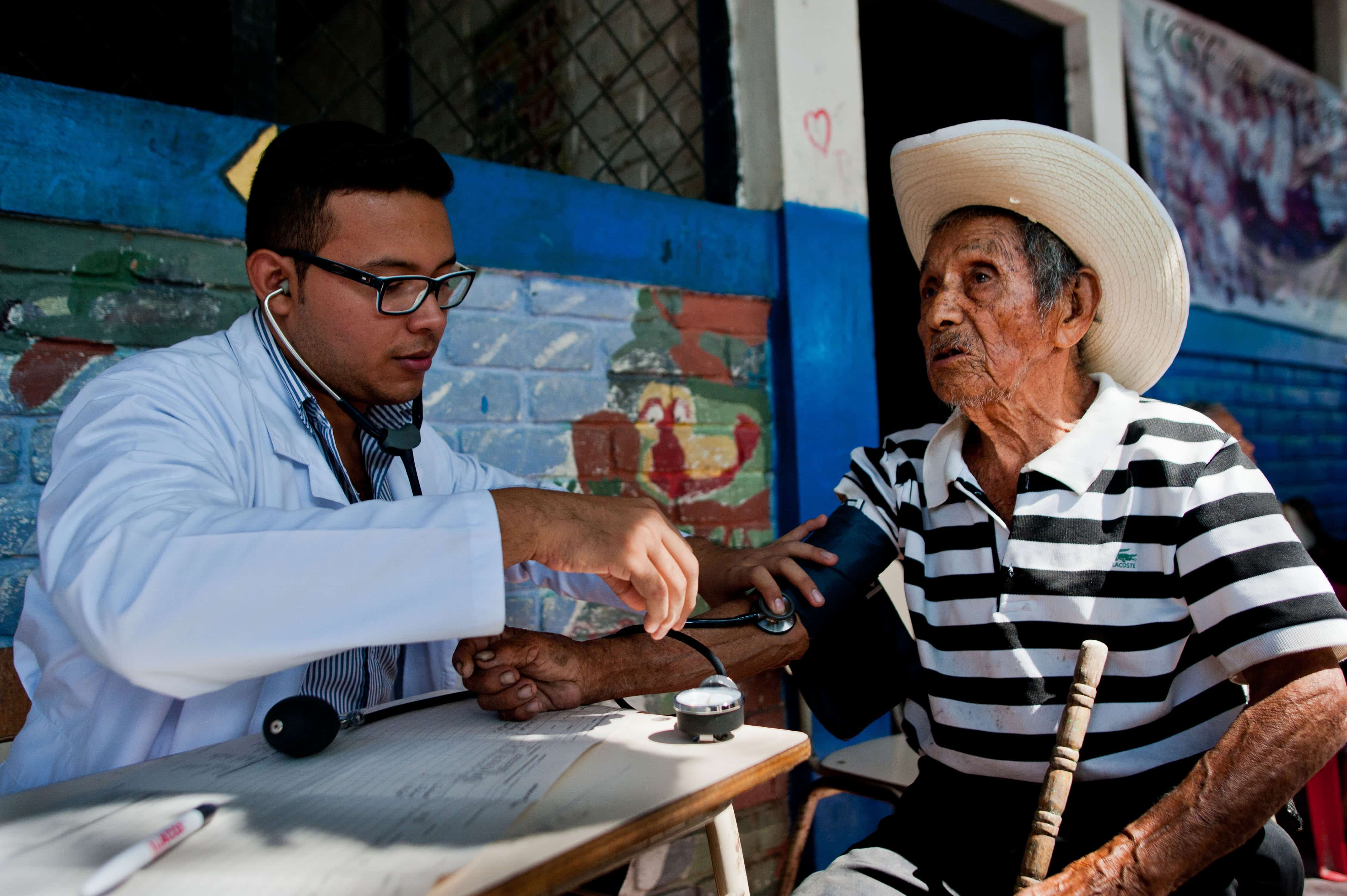 A doctor examines a patient during a medical brigade to detect suspicious cases of chikungunya fever in the town of Ayutuxtepeque, 4 km north of San Salvador, El Salvador, on June 18, 2014. (José Cabezas/AFP)

SAN SALVADOR, El Salvador – At least 16,000 patient have contracted the chikungunya virus in El Salvador, prompting health officials in the Central American country to step up the fight Monday to eliminate disease-carrying mosquitoes.

“Of the 16,000 chikungunya cases, 11,000 are in the department of San Salvador,” where the capital is located, Health Minister Violeta Menjívar said during a press conference.

Menjívar said the country remains on “national alert,” which was declared last June for both the chikungunya virus and dengue, both transmitted by mosquitoes. She said officials would “intensify the response,” including stepping up fumigation efforts and national awareness campaigns aimed at reminding residents to eliminate stagnant water.

“We are calling for the unification of efforts by government agencies, municipalities and the Education Ministry [for a campaign] in schools,” the minister said.

Last month, Costa Rican health officials asked for a preventive alert to be issued after 13 patients tested positive for chikungunya here. The number of chikungunya cases in Costa Rica is nowhere near El Salvador’s 16,000 cases, and all of the Costa Rican patients contracted the virus while traveling abroad.

However, Costa Rican Health Ministry official Priscilla Herrera warned that “if the number of cases continues to increase [in Costa Rica], it will have a significant financial cost.”