Fix the immigration crisis at its root 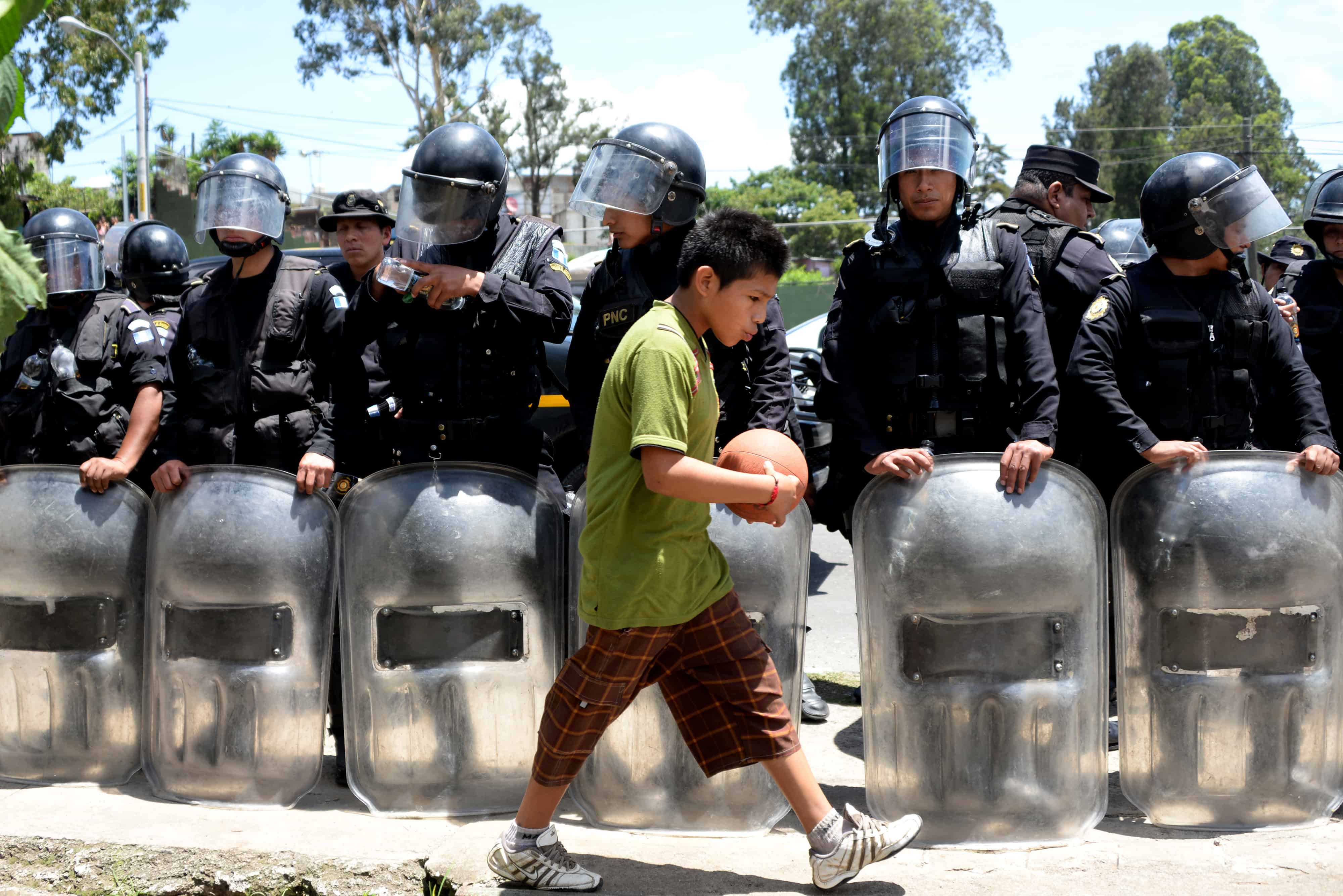 A Guatemalan boy passes a line of riot police at the Linda Vista settlement in Guatemala City on June 25, 2014. The authorities gave some 200 families of squatters 15 days to evacuate the public place they have been occupying during the last two years. (Johan Ordoñez/AFP)

The plight of the terrified Central American children who have flooded across the U.S. border to escape violence and poverty in their homelands has launched a passionate and often bitter debate in Washington. However, most U.S. leaders are missing the real lesson of this crisis, at their own peril. The conservatives who oppose President Barack Obama’s request for emergency funds for the crisis criticize him for dealing only with the symptoms and not with the “root cause” of the problem. They are half right — but the half that’s wrong is very, very wrong. For them, the root cause is a lax immigration law, weak protections or insufficiently severe punishments. But no punishment, no wall and no army can solve this problem.

I often say that poverty needs no passport to travel. If these children — some of whom are supported in their quest by their families, some of whom make the trip of their own accord — are willing to risk their lives atop the infamous train through Mexico known as La Bestia (“the beast”), face the rape and abuse that many children experience during the journey, sell their possessions and their bodies, and give their life savings to unscrupulous smugglers, what else could possibly deter them? What can the United States do to these children that would be worse than what they are already suffering? And why is such a great country even asking that question?

The root cause of this crisis is not U.S. immigration law or the policies of one U.S. president. The root cause is the violence and poverty that make these children’s lives at home intolerable. The root cause dates to the parents and grandparents of the young people fleeing their countries today — our region’s “lost generation,” those who were children and teenagers in the 1980s. Back then, two superpowers — the United States and the Soviet Union — chose our region as a place to work out their disputes. They were eager to help Central America transform students into soldiers. They were eager to provide the weapons while we provided the dead.

When Central America’s leaders found a way to end those conflicts, I thought that our achievement would be rewarded with aid and with support to help us make the transition from war to peace, to get our young people back in school, to retrain soldiers and to rebuild families. However, once the bullets stopped flying, the two superpowers lost interest.

All of us — the United States and its neighbors to the south — are paying the price for this lost opportunity. In Central America’s Northern Triangle, soldiers and guerrillas have been replaced by gang members. Civil wars have been replaced by street wars. Mothers no longer cry because their children are marching off to battle. They cry because their children are falling victim to another kind of violence or because they have to send them in search of a better life. This cycle of violence will not end until all those with an interest in, and responsibility for, the crisis demonstrate a new commitment to addressing these problems before they begin. For the nations of Central America, this means asking the wealthy to do their part. It is unforgivable that countries so poor, with income inequality so drastic, have some of the lowest tax burdens in the world. We must ask more of our richest citizens.

But the United States also has a role to play. If it continues to direct its minimal aid to Central America with the goal of merely putting out wildfires that spill into its own territory, the inferno of poverty and illiteracy will continue to burn across the border. The current discussion should make room for aid strategies that treat Central America as more than a pawn in the war on drugs and that seek to reduce poverty and improve education — the only real way to avoid another lost generation.

One highly cost-effective strategy would be for the United States to bolster the region’s cash-transfer programs, which help families keep their kids in school. For only $62 million, a monthly scholarship program similar to the one I implemented in Costa Rica could be offered for a full year to all 52,000 young people apprehended at the border so far this year. With Obama asking for $3.7 billion in emergency funds to address a tiny fraction of the symptoms of the disease, it is crazy not to consider much smaller investments that could help cure it at the root.

This kind of sanity, however, is a tall order in a country where some voices are calling for all aid to Central America to be cut off. Such thinking is wrong on a moral, ethical and practical level. These children are Central Americans. They are also Americans, in the geographically accurate sense of that term: Their tragedies belong to all of us, including the paragon of wealth and opportunity to which they have turned in desperation.

Most of all, they are children, which means that none of us can turn a blind eye. The world must not fail them as we failed their parents and grandparents. If we do, their hell will increasingly become our own.