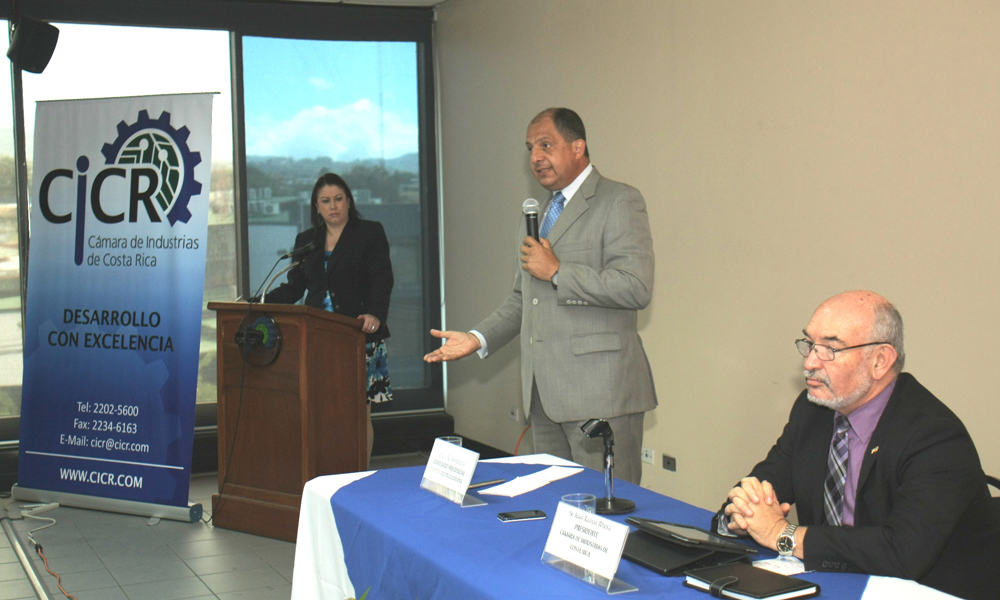 Two weeks after attending her last international summit as president at the Pacific Alliance conference in Cartagena, Colombia, Laura Chinchilla defended her government’s decision to eventually join the growing free trade bloc of some of Latin America’s biggest economies.

Meanwhile, Costa Rica’s two presidential hopefuls are meeting with local business interests to weigh their support for the inchoate trade deal that Chinchilla claims will generate jobs and give the country tools to compete in the global economy.

“Without a doubt the world is going to reconfigure itself into regional trade alliances, and countries remaining on the outside will not survive,” Chinchilla said during her weekly address at the Casa Presidencial on Tuesday.

“In every trade agreement there is someone who loses, but what’s important is that the public interest wins. I hope that when the candidates have more balanced information they will support the process that is so important for the country,” she added.

The Pacific Alliance’s current members include Mexico, Colombia, Peru, and Chile. Costa Rica already has trade agreements with all of the members except Colombia, which is pending a Legislative Assembly vote.

The regional trade bloc is not part of the larger Trans-Pacific Partnership, which Costa Rica has also expressed interest in eventually joining.

The Costa Rican Chamber of Industries (CICR) expressed its concerns over the rapid reduction in import taxes on goods from other Alliance members during a meeting with opposition candidate Luis Guillermo Solís of the Citizen Action Party, according to the daily La Nación.

Full integration into the bloc would require the removal of any taxes designed to protect domestic businesses from member competition.

CICR President Juan Ramón Rivera said the trade bloc’s terms are not as “pretty as they have been painted,” according to AmeliaRueda.com.

Solís, who had given his support for Costa Rica’s enrollment in the Alliance in an interview with the Spanish newspaper El País, said he needed more information before he made up his mind.

Ruling party presidential candidate Johnny Araya of the National Liberation Party has said he too will hear concerns from the CICR before making his decision, according to La Nación.

Araya and Solís will face off at the polls on April 6 in Costa Rica’s second presidential runoff in its history.

“I would like to think that neither of the candidates would take a step back. They have already said that they have a good perception of the Pacific Alliance. I believe a presidential candidate cannot change their position based on what they hear from one group today and another tomorrow,” Chinchilla said.