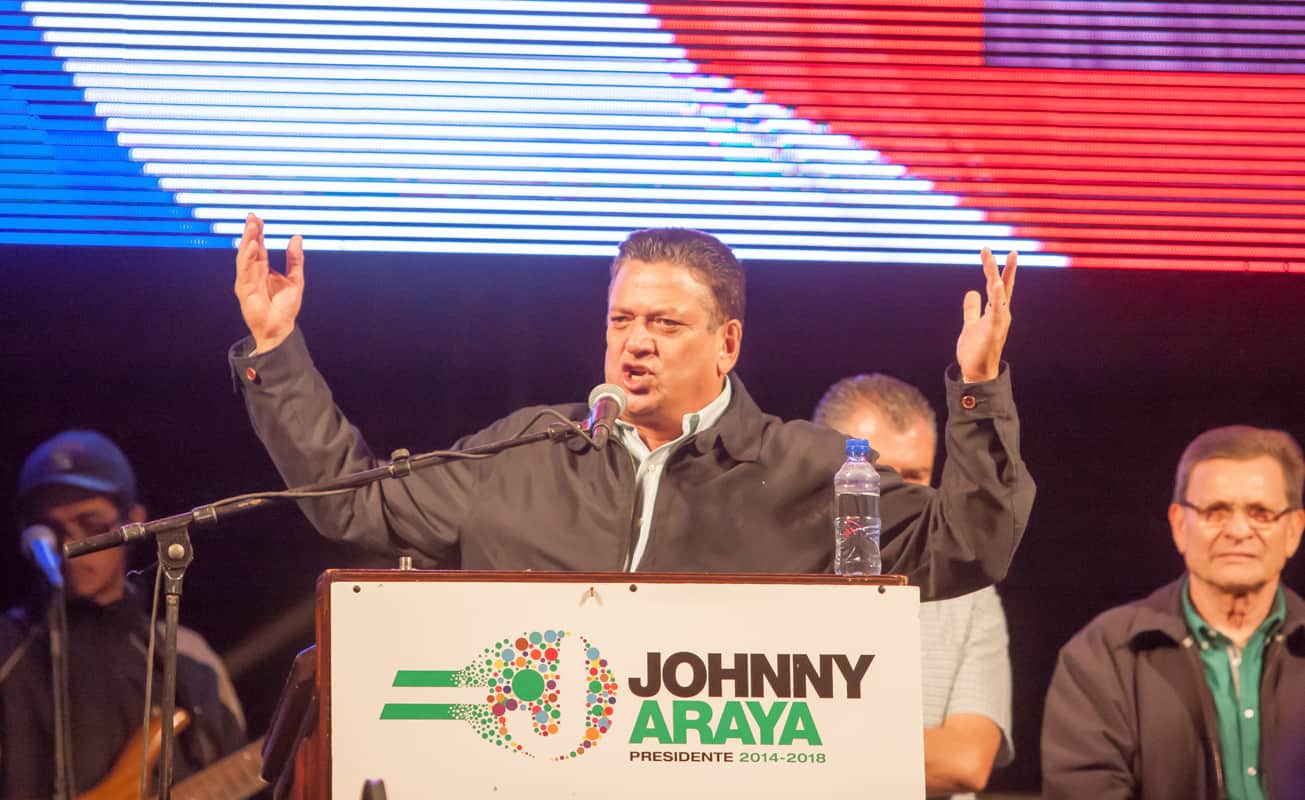 “There are a great number of infrastructure projects planned and financed that are not executed because of legal, bureaucratic troubles, and the weakness of the [Public Works and Transport Ministry], that’s why we’re going to return it to its former self, and we promise to build the San José-San Ramon highway in our next government,” Araya said to a crowd in San Ramón, according to a press release from his campaign.

Araya told Channel 7 TV News that the proposed 58-kilometer highway project would be built without a concession and with public financing. He added that the toll would be roughly half that originally proposed by the Brazilian contractor OAS, which held the original concession.

President Laura Chinchillla’s administration found itself embroiled widespread public outcry over the circumstances around the awarding of the project. Tolls as high as $8 per round trip were proposed for the 30-year concession.

Citizens opposed to the deal ultimately forced the cancellation of the project, and Chinchilla appeared on national television in April 2013 to announce that she would annul the concession.

The Costa Rican government reached a settlement with OAS in December 2013 of $35 million, according to the daily La Nación, of which the government has already paid $6.5 million.

Several presidential candidates have criticized the indemnity, including Array.

Despite the controversy, the highway is urgently needed.

The Consensus Group for the Rescue of the National Highway System, a partnership between engineering, construction and architectural organizations in the public and private sectors, named the San José-San Ramón highway the most urgent public works project in the country.