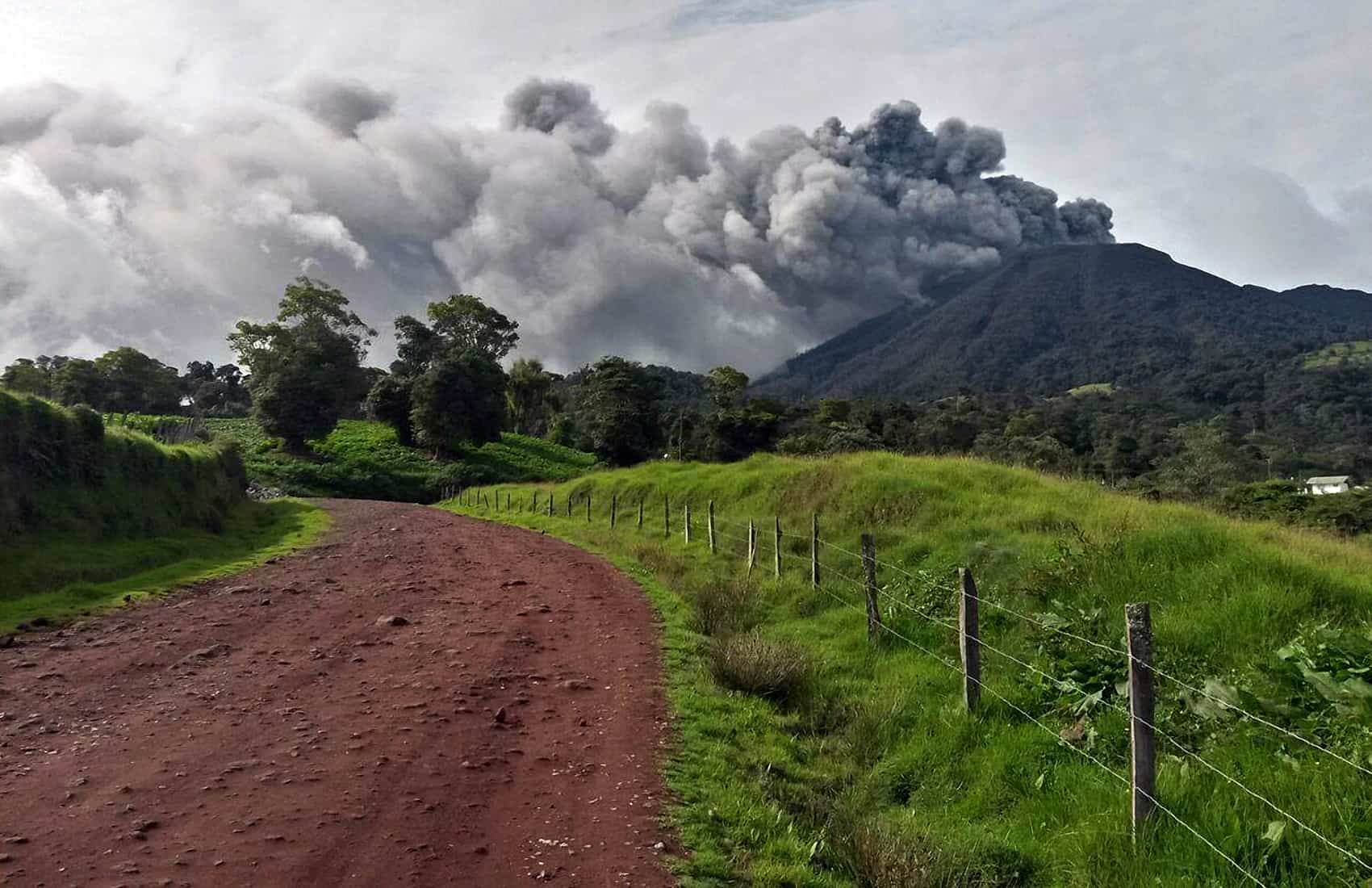 Activity at Turrialba Volcano, located some 50 kilometers east of the capital, San José, increased significantly on Thursday with constant emanations of ash and at least three big explosions.

According to the University of Costa Rica’s National Seismological Network (RSN), the first explosion occurred at 2:05 p.m. and formed a plume of gas and ash that reached nearly 1 km high.

The second, and most prolonged one, occurred at 3:46 p.m. and lasted three minutes. A few minutes later, at 4:09 p.m., a third explosion was recorded.

The column of gases and ash at about 4:20 p.m. rose to more than 500 meters above the crater and wind conditions at that time caused ash to disperse from the volcano, mostly to the southwest, RSN reported.

Ash has been reported in San José and Heredia provinces.

Turrialba Volcano has seen increased activity following explosions in late April, some of which extended for several hours. The National University’s Volcanological and Seismological Observatory of Costa Rica (OVSICORI) reported that micro-tremors and ash eruptions from the volcano have been constant since an eruption recorded at 10:07 p.m. Wednesday.

On Wednesday, the National Emergency Commission (CNE) established a 5-km restricted access area around the volcano. Entrance to the Turrialba Volcano National Park has been closed to all visitors since 2014.

In a report, CNE geologist Blas Sánchez said ash and other materials from the explosions are visible on various farms located west of the volcano. He also reported that ash is accumulating in various nearby rivers.

However, recent rains have helped remove some of the material.

Juan Santamaría International Airport, outside of the capital, has thus far continued to operate normally.

The CNE maintains a yellow caution alert for the Cartago cantons of Turrialba and Alvarado. Ashes from the explosions of Turrialba Volcano cover pastures and trees at various farms located in the surroundings of the crater. (Via CNE)

The Costa Rican capital announced on Monday the suspension of its traditional end-of-year celebrations, given the spread of COVID-19 in…