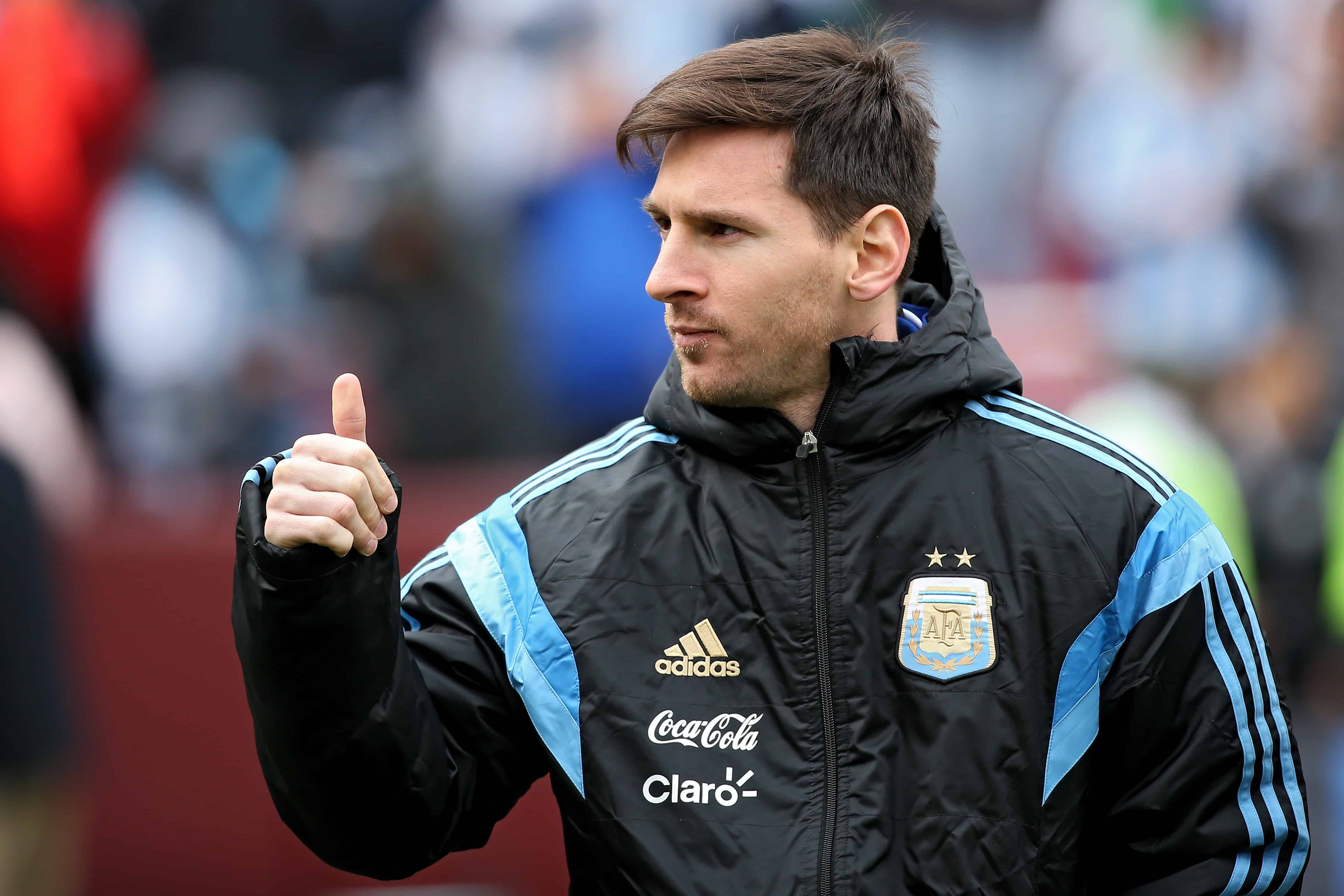 Argentina's Lionel Messi acknowledges the crowd before his team plays El Salvador during an International Friendly at FedExField on March 28, 2015 in Landover, Maryland. (Patrick Smith/Getty Images/AFP)

BARCELONA, Spain — The family of Lionel Messi denied Monday that he was involved in tax evasion after the Barcelona star emerged as one of many personalities accused of shady offshore dealings in the Panama Papers scandal.

“The Messi family wants to make clear that Lionel Messi has not carried out any of the acts attributed to him, and accusations he created a … tax evasion plot, including a network of money-laundering, are false and insulting,” the family said in a statement.

The scandal erupted on Sunday when media groups made public a year-long worldwide investigation into a trove of 11.5 million documents leaked from a Panama-based law firm that exposed a tangle of offshore financial dealings by the elite.

Messi and his father are named as owners of a Panama company that had not previously been disclosed during a Spanish probe into their tax affairs.

“The Panama company to which they refer to is a totally inactive company that never had any funds or any open current accounts,” the Messi family said.

They added that the firm was created by the family’s former tax advisers and that everything had since been brought into line where Messi’s fiscal situation was concerned.

Barcelona published a message of support to the club’s star player on its official website.

“The club supports the arguments which the Messi family published in a statement today,” said the Barça statement.

“Since the very first moment that the ‘Panama papers’ which accuse Leo Messi were released, FC Barcelona has sent its affection and support to the player and to his whole family.

“The Club makes all of its judicial means, fiscal and administrative, at the family’s disposal in order to make his actions and honour clear in this case.”

Messi and his father Jorge have been charged with tax fraud in a separate case for allegedly failing to declare 4.16 million euros ($4.74 million) in taxes related to his image rights between 2007 and 2009 through front companies in Belize and Uruguay.

The pair are accused of ceding the player’s image rights to the companies in order to avoid declaring money made from lucrative deals with sponsors in Spain.

Their trial in this case is set to begin on May 31 at a court in Barcelona and is expected to run until June 3.

Lawyers acting on behalf of the tax office have asked for both defendants to be slapped with prison sentences of 22-and-a-half months.

Both father and son have denied the accusations and instead blamed a former financial advisor.

Jorge Messi made a voluntary corrective payment of four million euros in August 2013 which is expected to mitigate any sentence.

Even if convicted it is unlikely that either Messi or his father would enter prison as jail terms of less than two years are usually suspended for first-time offences in Spain.

In December Messi and his father were cleared of separate allegations relating to charitable friendlies played in 2012 and 2013 after a judge heard testimony from an Argentine businessman who organized the matches.

The player had been investigated in that case to see if he had failed to declare to the tax man any revenue made from taking part in a series of friendlies in Mexico, Colombia, the United States and Peru.

In other developments related to the Panama Papers, a member of FIFA’s Ethics Committee, Juan Pedro Damiani, has come under investigation due to his business dealings with fellow Uruguayan Eugenio Figueredo, a disgraced former football official who is mentioned in the papers.

“After receiving the information Dr. Cornel Borbely, chairman of the investigatory chamber of the Ethics Committee, has immediately opened a preliminary investigation to review the allegations in question. Dr. Borbely is currently looking into said allegations in order to determine if there is a breach against the FIFA Code of Ethics and decide any further measures.‎”

Figueredo is facing corruption and extortion charges in Uruguay while the U.S. has asked for him to be extradited to face their FIFA corruption scandal investigation into millions of dollars of bribes being paid in return for commercial contracts at major football tournaments.

Damiani risks a charge of conflict of interests due to his business ties to Figueredo.