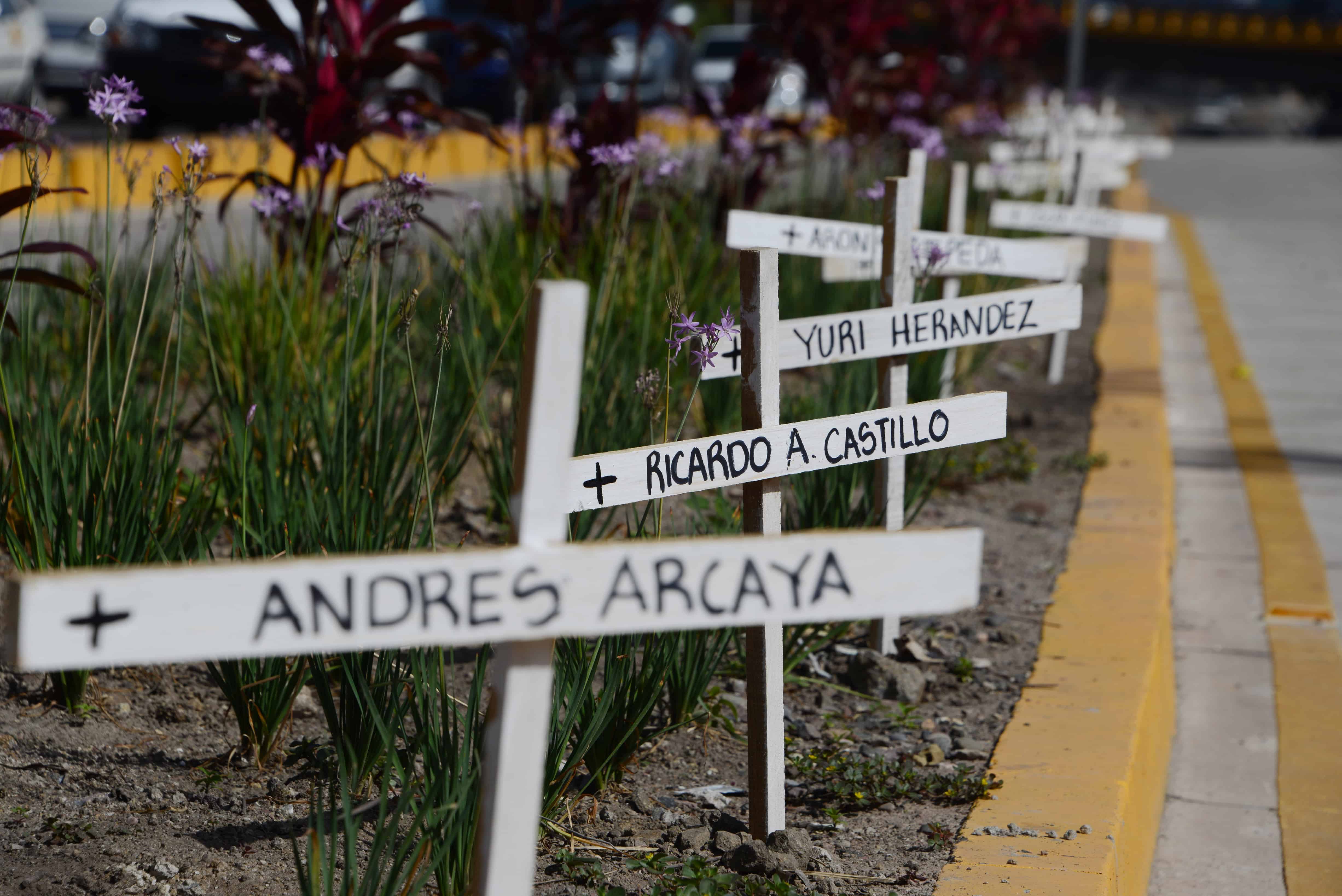 White crosses in memory of victims of violence are seen around Tegucigalpa, Honduras, after being placed by members of human rights organizations on July 9, 2014. Honduras, where gangs fight over drug trafficking routes, has the world's highest homicide rate -- 79 per 100,000 inhabitants, according to the Violence Observatory at the National Autonomous University of Honduras. (Orlando Sierra/AFP)

Flares of violence in Central America’s Northern Triangle have sparked a sudden rush of migrants seeking refugee status in Costa Rica, according to Immigration Administration Director Kathya Rodríguez. In the face of this rush, immigration officials have been working to reactivate its long-lauded refugee system after no refugee applications were granted in 2014.

Rodríguez said the country with the largest jump in applications for refugees is El Salvador. Applicants from the small Central American nation increased by nearly 500 percent during the last five years, from 52 in 2010 to 307 in 2014. The rise showed no signs of waning either, Rodríguez said. Already in the first five months of 2015 the Immigration Administration has received 232 applications from Salvadorans.

Public Security Vice Minister Carmen Muñoz told The Tico Times that the profile of the average refugee has also changed as the everyday cost of violence in countries like El Salvador and Honduras mounts on civilians.

“The previous profile was someone fleeing because of persecution over their political opinions, but now the causes originate in organized and common crime,” Muñoz said.

The vice minister said that she has seen cases of mothers from these countries applying for refugee status because their children are targeted for recruitment by the maras, or gangs, that dominate drug- trafficking, extortion and murder for hire in the Northern Triangle.

But Costa Rica’s refugee system, long one of Latin America’s most welcoming, effectively shut its doors to applicants in 2014. Muñoz said in the year before October 2014, applications were arriving at a rate of 100 per month. None were accepted.

Muñoz said that the previous administration was concerned that Costa Rica’s refugee system had become a fast pass for migrants seeking legal status. Costa Rica allows refugee applicants to reside in Costa Rica while their case is reviewed. She also said that there had been cases uncovered where organized crime used asylum protections to place their members in the country under the guise of refugees.

The vice minister said that since then the government has been taking steps to revitalize the stagnated process and reclaim Costa Rica’s mantle as an accepting country for those in danger back home.

While the biggest jumps in applications came from El Salvador and Honduras, the vast majority of the refugees in Costa Rica — 76 percent — are from Colombia. Following Colombians are Cubans (8 percent) and Venezuelans (3 percent).

Colombians like Sandra Pino came to Costa Rica fleeing the continent’s longest-lasting war, which started in 1964.

Pino arrived in Costa Rica in 2006 with her 6-year-old son fleeing intimidation related to her work as a union organizer in Colombia. After she was granted refugee status, Pino worked different jobs before she was able to start her own business selling Colombian goods with assistance from the Costa Rican government and the United Nations High Commission for Refugees.

She told The Tico Times that she was attracted to Costa Rica for its peaceful history, lack of an army, and the commonalities between Colombian and Costa Rican culture.

After nine years here, Pino said that she feels like a Tica: “Yes, of course. I’ve got a Tico son and everything,” she said, referring to her second child born here.

“It’s difficult to have to leave your country, but thank God I ended up in a country like this,” she said.