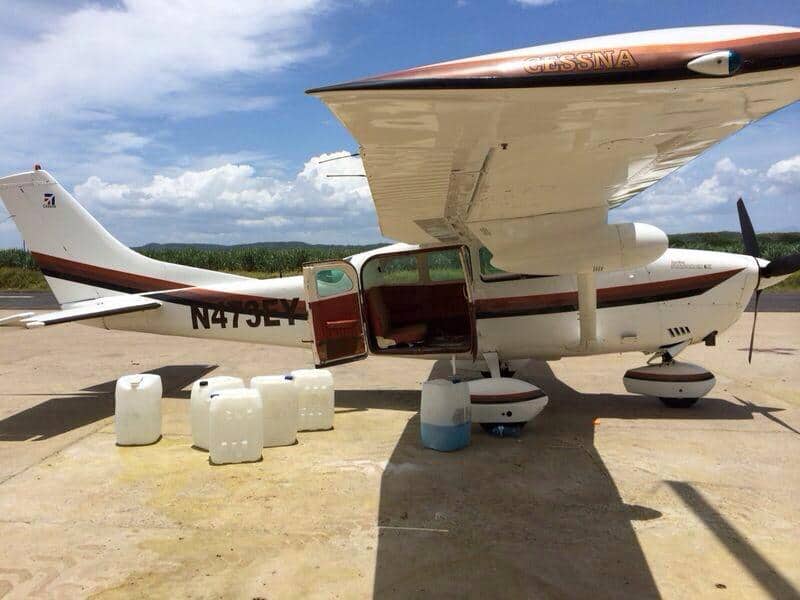 Police seized this Cessna in northern Costa Rica on Sunday, Aug. 24, 2014 as it prepared to load 400 kilos of cocaine on a drug flight to Mexico. Cops also confiscated more than $1.8 million in suspected drug money. (The Tico Times)

As if the seizure of a plane with nearly $2 million in cash and 400 kilograms of cocaine in Cañas, Guanacaste, wasn’t dramatic enough, a local Costa Rican newspaper has suggested that U.S. reality-TV star and hotel heiress Paris Hilton has a connection to the sting.

The daily Diario Extra cited a Cañas resident claiming to have seen the parents of the singer, actor and club-goer on the farm where Judicial Investigation Police (OIJ) caught several suspects in the middle of a multimillion-dollar drug deal on Sunday.

Liliana Zamora, assistant prosecutor for the provincial capital of Liberia, in Guanacaste, confirmed to The Tico Times that the business that owns Rancho Horizonte involves several U.S. shareholders and supposedly has the name “Hilton” in its title, according to interviews with employees on the farm. But she could not confirm the legal name of the company as of Tuesday afternoon, much less the luxury hotel heiress’ supposed connection. Zamora added that at this time the owners of the farm were not under suspicion of any wrongdoing.

On Sunday, following a two-month investigation, OIJ agents interrupted a drug deal on an airstrip on the the Rancho Horizonte farm in the northern canton of Cañas, Guanacaste. Zamora said a trusted employee of the ranch had organized at least three drug flights, including Sunday’s, where significant amounts of cocaine, cash and fuel likely were exchanged. The assistant prosecutor said investigators did not believe the farm’s owners were aware of the trafficking operation.

The plane, originating in Guatemala, was flown by a Mexican pilot and a Costa Rican co-pilot, according to previous statements from the OIJ. At the time of the raid, suspects had unloaded $1,830,080 in cash and were attempting to load 400 kilograms of cocaine onto the Cessna aircraft. The plane was scheduled to return to Guatemala before moving on to Mexico.

Two suspects were arrested at the scene and four more fled. By Tuesday morning, seven suspects had been arrested. The suspects were given six months preventive detention as the investigation continues. Zamora said that considering the nature of transnational crime, more suspects likely remained at large.

Zamora said the prosecutor’s office would seek access to the suspects’ phone records.