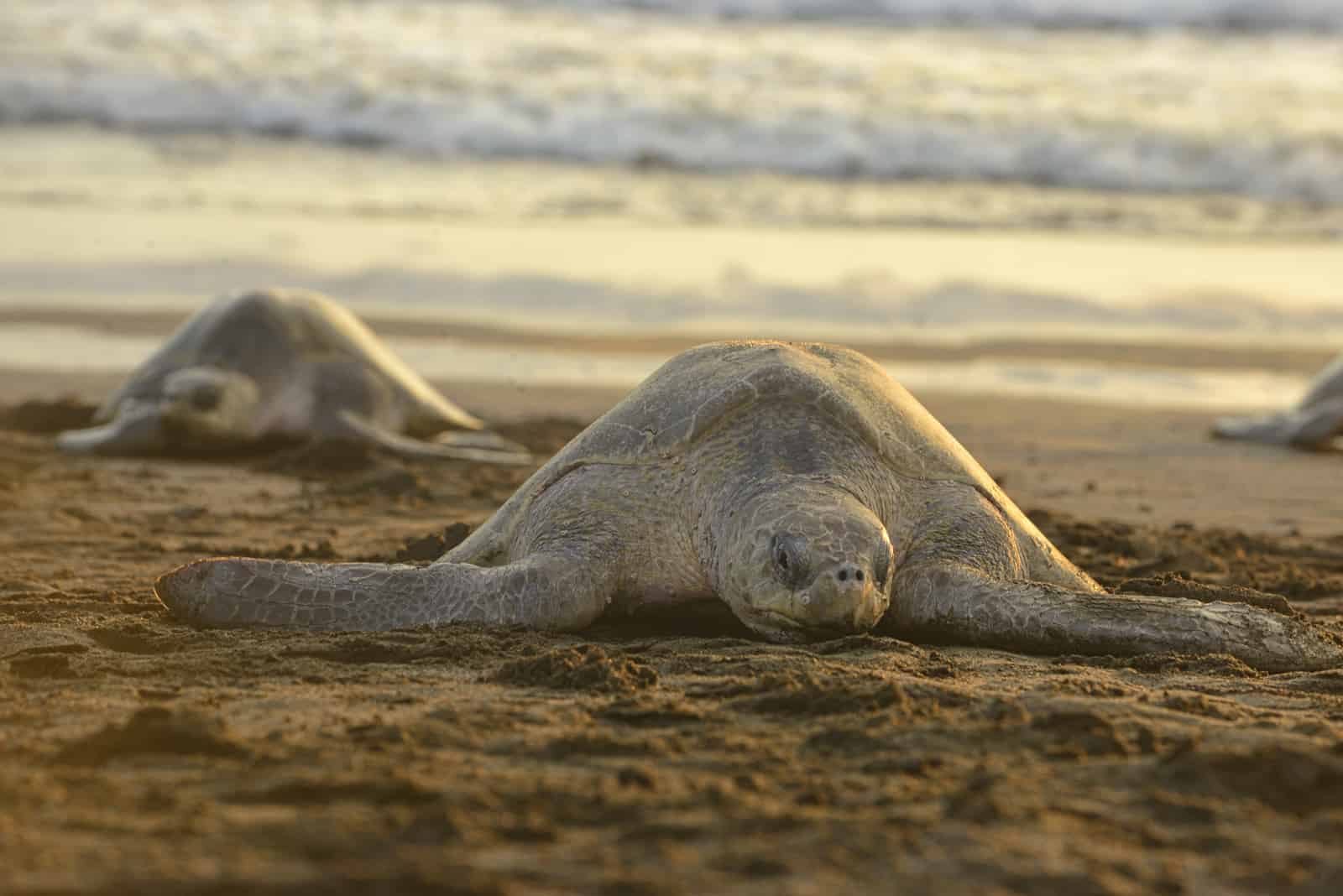 PLAYA OSTIONAL, Guanacaste – Annual rainfall has decreased by 52 percent this year in the Guanacaste region, according to the National Meteorological Institute, affecting the hatching rates of turtles in Ostional, a mass nesting site on Costa Rica’s Pacific coast for the olive ridley species.

Approximately 70 kilometers from Nicoya, Ostional shore temperatures have been increasing and causing problems for the hatching rate of the olive ridley (Lepidochelys olivacea).

“By this time, the rainfall would have already been at least two meters; however, this year it is probably less than half of that,” said Gerardo Chávez, a biology professor at the University of Costa Rica who is in charge of turtle research in Ostional.

In the middle of July, Chávez conducted a developmental assessment of the eggs on Playa Ostional and found that a significant number from June’s arribada, or mass nesting, were still buried in their nest in the sand and were already dead.

During a large arribada, which usually last four days, hundreds of thousands of female olive ridley turtles come to shore and each female lays approximately 100 eggs. The eggs that survive on the shores will usually hatch within 45 to 55 days after being laid, and the scent of the ocean will draw the hatchlings there. According to Francisco Ortíz, an Ostional native who has been a certified turtle tour guide for six years, even if the sand becomes too hot it is possible some of the eggs in the lower, cooler parts of the nests would be able to survive. However, many times the whole nest is affected when rising temperatures occur.

Occasionally, if the temperature of the sand is determined to be too high for the eggs to survive, they will be taken out in hopes of assisting their survival, Ortíz said.

The University of Costa Rica is planning a reforestation program within 50 meters of the Ostional shoreline in hopes of creating cooler sand and increasing the male population rates in turtles.

“There is a much higher population of female turtles because of the rising temperatures,” Chávez said.

According to Chávez, the idea behind this project, which he unofficially calls “La Cortina Verde,” or green curtain, is to help the turtle hatching rates while having small human impact upon the turtles, to allow the species to naturally thrive.

“When humans produce the change [for species] then some species can really struggle,” Chávez said. “I don’t believe that other sorts of projects going on [to counteract the effect of the drought], like an incubation habitat, is okay for the turtles.”

Mollie Muchna is an honors undergraduate student at the University of Arizona’s School of Journalism in the United States.