Public works deals should go back to the drawing board, says Solís in meeting with Chinese president 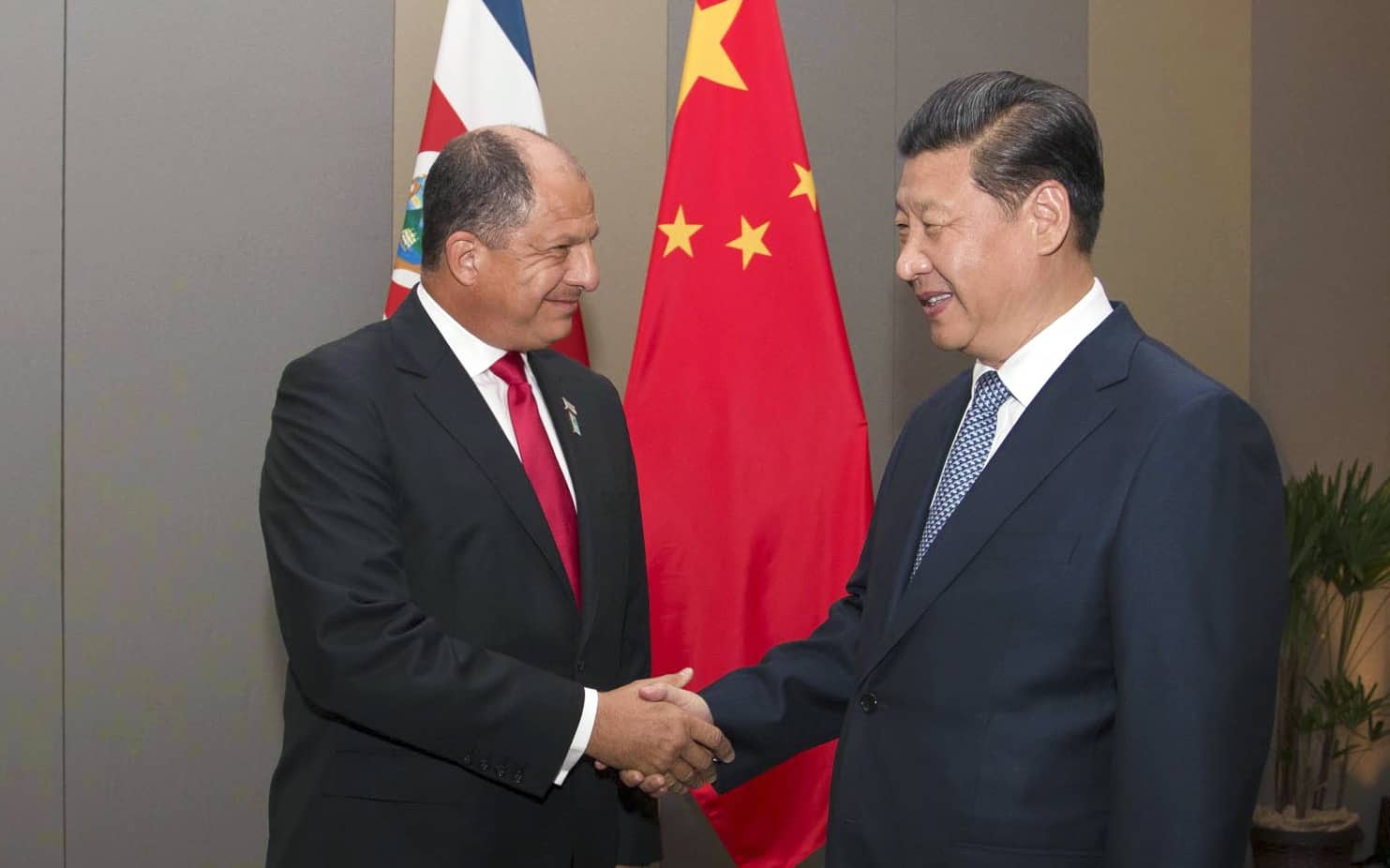 President Luis Guillermo Solís asked that several major Chinese projects in Costa Rica go back to the drawing board in a bilateral meeting between the Costa Rican leader and Chinese President Xi Jinping Wednesday evening during the meeting of the Community of Latin American and Caribbean States (CELAC) in Brasilia, Brazil.

Solís asked the general secretary of the Chinese Communist Party to extend the period of consideration on a $485 million Chinese loan to expand Route 32 highway between San José and the Caribbean port city of Limón from the current two-and-a-half-month period to five months. Solís said that more time was needed to analyze the project and review the loan’s terms.

The Costa Rican president also asked Xi to renegotiate the troubled Moín oil refinery project. Solís said another meeting would be needed to address some of the current contract’s “great inconsistencies,” according to a statement from Casa Presidencial. The refinery project was frozen after the Comptroller General’s Office discovered a conflict of interest between the project’s management and the company that carried out the proposed refinery’s environmental impact study. The ensuing scandal forced Jorge Villalobos, then executive president of the National Oil Refinery, to resign in June 2013.

Casa Presidencial said that Xi would consider Solís’ proposals and take them up in high-level talks to be held in Beijing, the Chinese capital, sometime in early 2015.

The Chinese president reportedly expressed interest in cooperating with Costa Rica on a wide range of topics, including development projects for ports and highways, special economic zones, the defense of natural resources, and taking greater advantage of the two countries’ free trade agreement, especially in regards to Costa Rican fishing.

Solís traveled to Brasilia Tuesday for a CELAC meeting as the president pro tempore of the pan-Latin American organization. On Thursday, he is scheduled to hold bilateral meetings with Chilean President Michelle Bachelet and President Dilma Rousseff of Brazil, with whom he previously expressed interest in deepening economic and political ties.