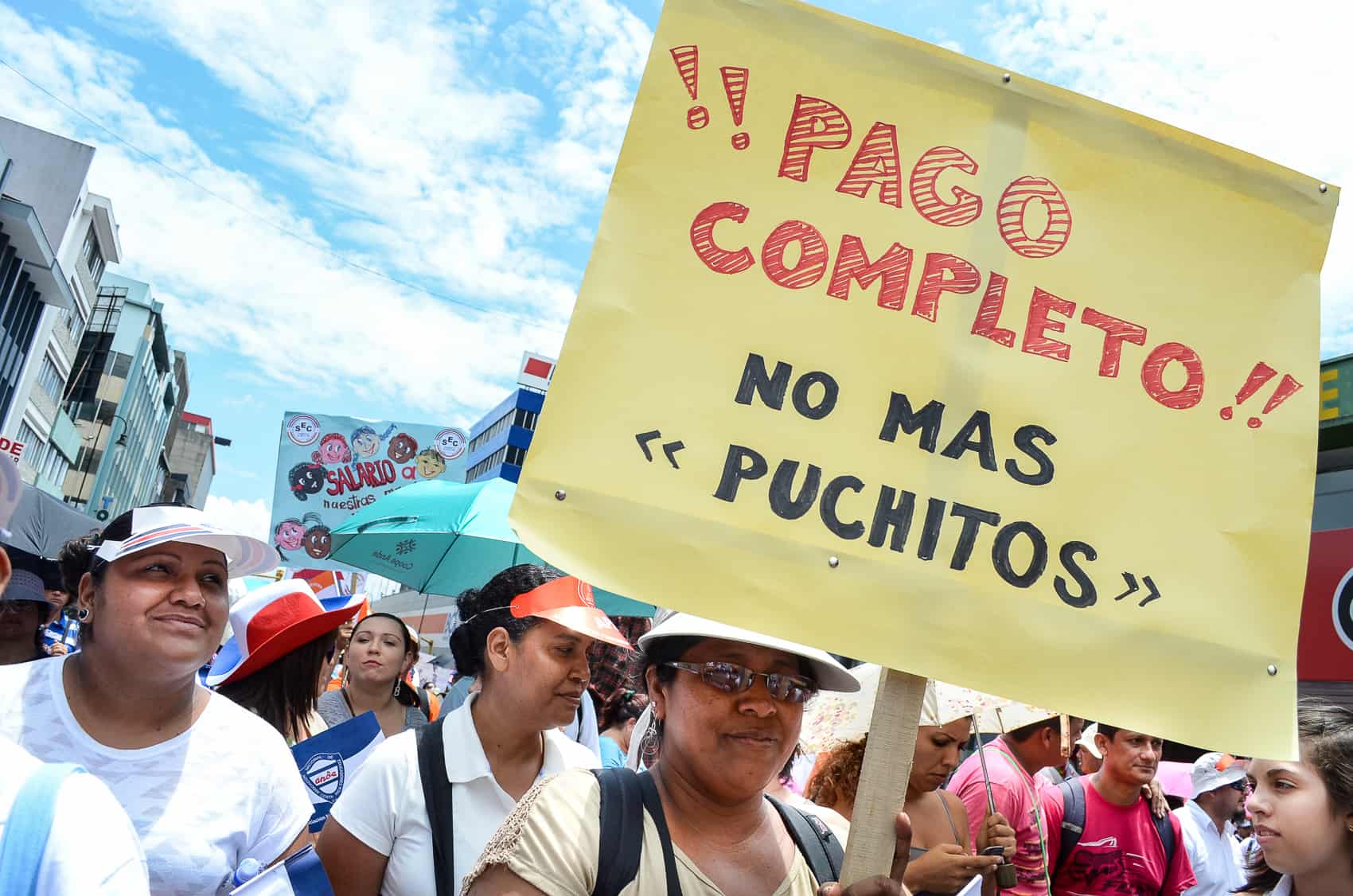 Teachers’ unions representing some 70,000 educators agreed to a proposal Monday presented by the Catholic Church to put an end to a strike that has dragged on for nearly a month and complicated the start to President Luis Guillermo Solís’ term.

Two of the three teachers’ unions, the National Association of Educators and the Union of Costa Rican Educators, endorsed the proposal put forward by José Rafael Quirós, archbishop of San José, to end the conflict.

The government had already approved the document, which establishes mechanisms and deadlines for the payment of different kinds of debts that the Education Ministry had accumulated with thousands of teachers.

Although the strike has yet to be formally called off, at least 50 percent of the striking teachers returned to classes Monday, and the school-year schedule returned to normal, according to official reports and local media.

The strike started May 5, three days before Solís assumed the presidency, because of payment problems aggravated by the introduction of a new computer system at the education and finance ministries.

Thousands of teachers whose information was not entered into the system on time went unpaid at the end of April, echoing previous delays in the payments of fees and employee benefits, among other items.

The new administration tried to quickly resolve the problem, but the complexity of the failure delayed regular payments for several weeks.

Solís, who originally expressed his sympathy with the teachers’ frustration, started to lose patience last week and accused intransigent unions of prolonging the conflict, knowing that the problem originated under the previous government of President Laura Chinchilla.

On Thursday, Education Minister Sonia Marta Mora warned that the ministry would start docking teachers’ salaries if they missed more classes starting today. The move likely motivated many instructors to return to the classroom.