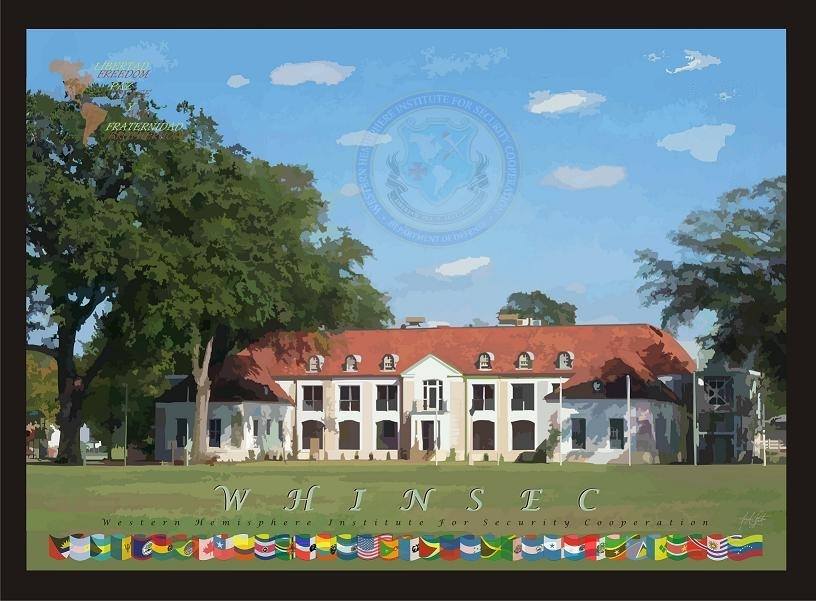 The Western Hemisphere Institute for Security Cooperation, based in Georgia, was formerly called the U.S. Army School of the Americas. ((From the WHINSEC Facebook page))

In response to the recent article, “Code Pink peace activists warn of increasing militarization in Costa Rica,” I, the Public Affairs Officer for the Western Hemisphere Institute for Security Cooperation (WHINSEC), would like Tico Times readers to know the facts about the Institute and its operation.

WHINSEC replaced the Army’s School of the Americas, and while its mission and purpose are similar, they are also broader in geography, topics of study, and people attending. Both institutions offer/offered professional courses to security personnel, so to use the term “graduate” of the institution is misleading; to use one of your examples, Roberto D’Aubuisson attended one Communications Officer Course of several weeks in 1972.  I doubt anyone would consider calling him a graduate in any other context, nor do I think anyone would consider that definitive in developing his character (or lack thereof).

Another grossly misleading phrase is “military training.” Costa Rican students who come to courses here take courses that have relevance and application to their police duties, not to military operations.  Several nations with armies send law enforcement students here for the same reason; what is taught is useful and lawful in their own organizations. And speaking of lawful, every student in every course here gets extensive training in human rights and humanitarian law to emphasize the obligation to conduct himself/herself appropriately – legally, morally and ethically.

Medea Benjamin has no knowledge whatsoever about this Institute, as clearly exposed by her comments, but she could. WHINSEC is open to visitors every workday, and welcomes them to sit in on classes, talk with students and faculty, and review the instructional materials being used.

Now on a lighter note, I have to say that I’m glad to find out that Benjamin doesn’t have an army. Those darned misplaced modifiers will get you! (I’m talking about the sentence that reads, “Despite having no army, Benjamin alleged that WHINSEC is providing military training to Costa Rica’s police forces.”)