I had the opportunity to talk with Orbita Prima costar Noelia Campos Guerrero about her experience co-starring in Costa Rica’s first epic space science fiction feature film and her thoughts about being a professional actress in Costa Rica.

Please tell us a bit about your background. Where did you grow up and study?

I am from Costa Rica, specifically I was born and raised in Heredia. In high school I had my first encounters with the artistic scene and since then I fell in love with acting. I started studying dance and theater in academies with special scholarships to be able to pay for my classes. In fact, in my first theater school I worked cleaning bathrooms and even removing gum from under the seats, in exchange I could receive classes, so that could have been my first stage job.

Later I decided to enter the Dramatic Arts career at the University of Costa Rica where I learned about acting, directing, production and voice work.

So, from the age of 15 until now, acting, theater and cinema have been my life.

Who and what  inspired you to become an actress?

My first encounters with acting transformed my life. The opportunity to dedicate myself to something with such emotional power has always inspired me greatly. Of course I have my favorite actresses who are great acting references like Tilda Swinton, Viola Davis, Meryl Streep.

But my biggest inspiration is the work itself, interpreting and experiencing other worlds and other people is fascinating.

As well being a theater, television and film actor you do voice acting as well. Can you tell us something about your voice acting experiences? What has been your favorite medium for acting so far?

Being a voice actress is a beautiful experience, it is also a great challenge.

There is a big difference between acting for movies or theater and being a voice actress, since on stage you have many tools to express yourself, the costumes, the movement and your whole body. Doing voiceovers you only have your voice to provide everything, you have to be very focused and work hard physically to achieve the character’s voice.

My favorite voice work so far has been “Pepi y los Puntos” , a children’s podcast about a boy and his friends with colored dots. It was a great and exhausting experience, we transformed a recording booth into all kinds of settings, it was beautiful. This podcast even won the 2020 Latin Podcast Award for Best Children’s Podcast.

Cinema, theater, voice acting, each one has its special magic, I couldn’t choose a favorite, I really love being part of all of them.

Orbita Prima is a groundbreaking film, being Costa Rica’s first major science fiction production.How did you prepare for your role and what were some of the challenges you faced during the shoot. What was your favorite and least favorite part of the entire process?

It was a challenging process from start to finish. Among the most intense challenges I had to change was my physique. The production provided me with a nutritionist and I underwent a special diet and intense exercise regimen to achieve the body of Natalia, my character. I gained at least two or three kilos of muscle mass in less than two months to prepare for the character, who is a military-trained astronaut. The creation of the character was my favorite part, I really loved playing Natalia, since she is a very different character from the ones I have played up to now.

The least favorite part could have been the speed of the process, but it is well known that in this type of production, resources are limited and time must be maximized.

What is the reaction you hope people will have when they watch the movie and what message do you hope they will get from watching it?

I hope people are surprised to see a unique story on the big screen which was a huge risk for a Costa Rican film production. I hope you have a good time as the movie is loaded with action and unexpected twists.

The movie has several important messages.  I highlight the protection of the environment, and also the emotional element, since all the characters act out of the affection they have for their loved ones. No matter how big the problem is, or how advanced the technology, the motor of the human being cannot be separated from affection and those close to it.

Were you a fan of science fiction before being cast for Orbita Prima? If so, what are your favorite shows and movies?

I love science fiction movies, I love action movies and superheroes. But I also love fantasy movies and animated movies. I really enjoy the new wave of Latin American cinema with its dose of magical realism.

And of course I would love to make more science fiction, actually my greatest desire is to continue making films of all genres.  I feel that each one has its own special challenge.

Any tips and advice for young women interested in pursuing a career in acting?

It is a growing medium in Costa Rica but it is difficult and possibly many people will want to discourage you. But the most important thing is that you follow your interests and trust your abilities.

There are many schools where you can obtain your professional credentials so follow your desires. It is a hard road, like all things, but there is nothing more satisfying than dedicating yourself to something that you are passionate about.

What are your upcoming plans?

I hope this year will fill up with beautiful projects. At the moment my upcoming project is a tour to Spain with a play called La Celde Sin Noche. I am very excited about this because it will be the first time for me to travel to that part of the world. It is truly an honor to be able to represent Costa Rica in that country.

Much love to you all. 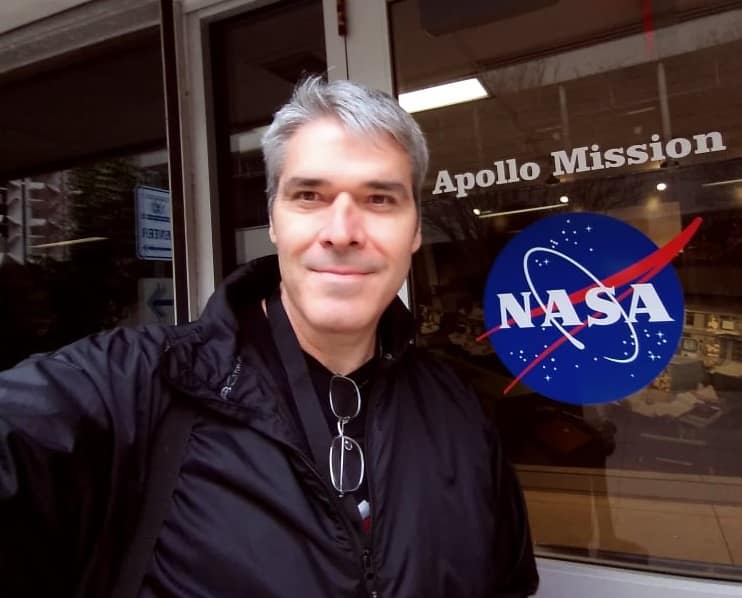