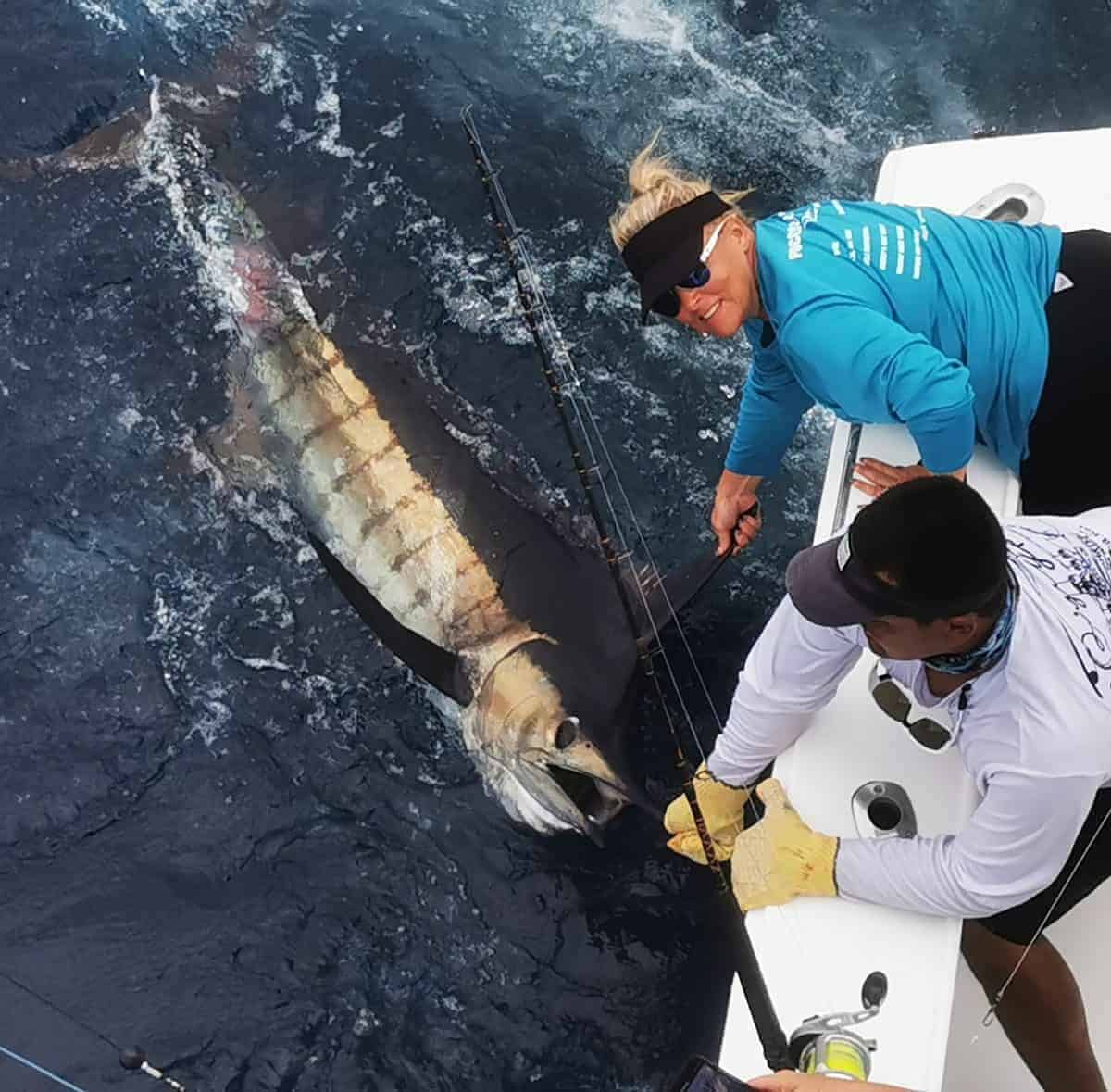 Fishing out of Quepos, Costa Rica in November was spectacular this year. The Marlin were close and the Dorado thick. Conditions were a little challenging some days but even the worst days on the waters off of Quepos are better then the best days in most other fishing destinations. Yellowfin Tuna have also been abundant and we have even heard of a couple Wahoo being boated.

After three years without fishing once, I had the luck of being invited to fish on a beautiful boat with one of the best tournament fishing captains in the world.

That morning I dropped by the marina to pick up some fresh Dorado that was left for me by one of my other favorite captains to fish with, Captain Franklin Araya from the Big Eye 2. I ended up with a lot more than a couple of filets of fish.

The day was perfect. Flat calm, slightly overcast, and supposedly the Dorado were thick. After loading up with food and beverages, we headed out 50 miles in search of Marlin, Sailfish and an eating fish or two, or three or….

In the end we released a perfect, tournament sized Stripe Marlin, one of two sailfish that we hooked and caught a boatload of dorado.

Thank you Victor Julio for another spectacular day on the water.

Today we were looking for a Blue Marlin our clients who requested fly fishing. We caught 7 mahi , 6 yellowfin tuna and released one blue Marlin around 250 pounds released “on the fly”.

Perfect day offshore out of Flamingo with Captain Junior Bustos at the helm and first mate Diego Lopez in the cockpit. Raised 3 Sailfish, got 2 bites, caught 1. Raised 3 Blue Marlin, got 3 bites, released 1 and another broke off.. Raised and caught 1 striped Marlin. That’s a Grand Slam! They also caught Mahi-mahi aka Dorado for the table. Great fishing off Flamingo! Starting in January we will fishing out of Quepos through April 2023.