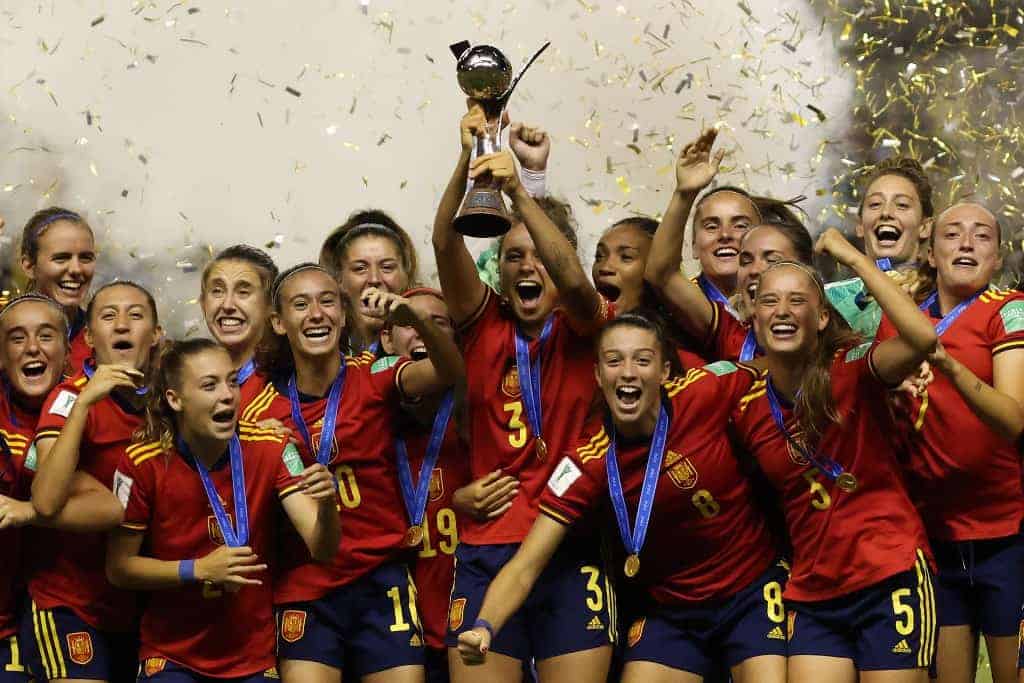 Spain won the U20 Women’s World Cup Costa Rica-2022 on Sunday by defeating Japan 3-1 in the final, a victory that allows them to win their first World Cup and avenge the defeat suffered in the final four years ago.

The goals in the match, played at the Estadio Nacional in San José, were scored by Inma Gabarro (12), top scorer in the World Cup, and Salma Paralluelo (22, 27 on penalty) for Spain, while Suzu Amano (47) scored for Japan.

Hamano won the World Cup Golden Ball, ahead of Gabarro, who took the Silver Ball, and Brazil’s Tarciane, the Bronze Ball. The Golden Glove went to Spanish goalkeeper Txell Font.

Brazil came in third place after defeating the Netherlands 4-1 in the consolation match.

With this triumph, Spain achieved its first U20 Women’s World Cup, after losing the final in France-2018 precisely against Japan, although, except for coaches Pedro Lopez and Futoshi Ikeda, no player from that event repeated.

“It would have been very painful, a very big burden to lose again” against Japan, Lopez said.

The United States and Germany, with three titles each, are the teams with the most World Cup titles in the category, followed by North Korea with two and Japan and Spain with one.

The Spaniards added another trophy for women’s soccer, where it is the reigning champion of the U17 World Cup and the U19 European Championship.

Spain in the first half

La Rojita put the game to bed in 15 minutes, when Gabarro and Paralluelo put the seal on an overwhelming dominance in the first half hour of play.

Lopez came out with a crowded midfield to avoid the spaces that could facilitate the quick attacks of the Blue Samurai.

With FC Barcelona players Ariadna Mingueza and Julia Bartel pulling the strings, the Iberians came out determined to control the tempo, with Gabarro and Paralluelo exchanging positions in attack.

That dominance was soon reflected in the scoreboard, when Gabarro brought down an aerial ball with her torso and beat the keeper with a subtle touch, in a new proof of the Sevilla player’s state of grace.

Paralluelo added to her tally when she received a long ball and found herself alone in front of the goalkeeper, beating her from underneath.

Five minutes later, after a scandalous pass to Paralluelo, the ball hit the arm of a Japanese defender. The penalty was scored by the Spanish attacker herself with a left-footed shot to the left of the goalkeeper, who only had to look on.

“I’ve never experienced anything like that in a final and against a team like Japan, a fantastic first half,” said Lopez.

Spain in the second half

In the second half, Amano pulled one back for Japan after a defensive error on a set piece.

With the goal, the Japanese increased the pressure and looked to attack, to the cheers of the crowd, at high speed and with longer possessions.

The team from the Land of the Rising Sun came dangerously close to the Spanish area, with several inroads, which were cleared with difficulty by the defenders.

The Japanese abused at times with aerial balls, where the Spanish showed their superiority.

In the final minutes, Spain, physically outclassed by their opponents, limited themselves, with three central defenders, to withstand the blows and to counterattack with long balls, but Japan could no longer score and ended up losing by the same score with which they beat Spain in the final four years ago.