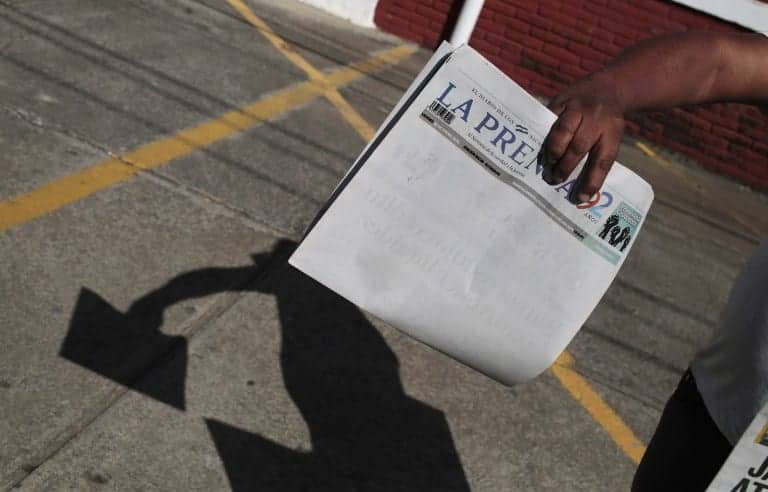 The president of Nicaragua, Daniel Ortega, will turn the premises where the newspaper La Prensa, critical of his government, used to operate into a cultural center, and whose police occupied it last year, joining a long list of entities that have passed into the hands of the State.

The facilities of the newspaper, the oldest in the country with 95 years of existence, were seized by the police on August 13, 2021, citing an investigation for fraud and money laundering against its directors.

On Tuesday, Vice President and Ortega’s wife, Rosario Murillo, announced the upcoming construction of the “José Coronel Urtecho Cultural and Polytechnic Center”, to be managed by the National Technological Institute (Inatec).

During an installation ceremony where the center will operate, the Attorney General of the Republic (PGR), Wendy Morales, handed over to the authorities of Inatec the deed stating that the property was “duly registered in favor of the State”.

The large letters with the name of the newspaper that were visible on the facade of the building were removed.

“I am shocked that they are removing the sign of La Prensa (…) It was unwavering during [the dictatorship of] Somoza, during the 80s and always. This removal is a disrespect to Nicaragua’s historical memory of dignity and freedom,” said Nicaraguan writer Gioconda Belli, exiled in Spain.

The manager of La Prensa, Juan Lorenzo Holmann, was arrested last year amid a string of arrests of civil society leaders, opponents and presidential aspirants, before the November 2021 elections, where Ortega was elected for a fourth consecutive term.

“The robbery is materialized this August 23” despite the fact that during Holmann’s trial the prosecution did not present evidence to prove any wrongdoing, denounced La Prensa in its digital platform that it currently produces in exile from Costa Rica. This year, Holmann was sentenced to nine years in prison.

The decision on La Prensa comes a day after the government inaugurated the “House of Sovereignty” in the building that served as headquarters of the Organization of American States (OAS), an entity which it expelled from the country in April.

Nicaragua announced its withdrawal from the organism in November 2021, after the OAS did not recognize Ortega’s reelection, with his rivals imprisoned or exiled.

Ortega, a 76-year-old former guerrilla fighter, first governed the country from 1979 to 1990. He lost the elections that year to a right-wing coalition and returned to power in 2007, where he remains after being re-elected for three consecutive terms.

“Those places that have been dens of machination, of crimes against humanity, today are centers for deep spirituality and education,” Murillo said. “The past of hatred will not return (…) that is decreed,” she added.

“Today Daniel Ortega confiscates La Prensa and to wash his crime he baptizes it as José Coronel Cultural Center,” said on Twitter journalist Carlos Fernando Chamorro, exiled and member of the clan that owns the media outlet.

“They removed the letters and want to erase history. They will never be able to eliminate journalism!” said on Twitter the former Nicaraguan ambassador to the OAS, Arturo McFields, who left his post in March after denouncing the “dictatorship” in his country.

A similar situation to that of La Prensa was experienced by the television channel 100% Noticias, closed in 2018 with its assets taken by the State.

In 2019, the same fate befell the digital newspaper Confidencial, whose owner is Carlos Fernando Chamorro. Both media currently publish via internet.

The opposition bloc Unidad Nacional, with its leadership in exile, denounced a “new onslaught” of the government against NGOs, media and the Catholic Church, in its eagerness to eliminate any independent space.

In the last year, the government has outlawed some 1,500 entities, including civil society organizations or universities, arguing that they did not comply with the laws and placing their properties at the disposal of the State.

Humanitarian organizations also count 190 opponents imprisoned in Nicaragua. Ortega accuses them of plotting to try to overthrow him, with the help of Washington.

In recent days, the relationship between Ortega and the Catholic Church has become more tense, after the arrest of the bishop of Matagalpa, Rolando Alvarez, a critic of the government.

Pope Francis said he was following the events with “concern”. In March the government expelled the apostolic nuncio.

The Missionaries of Charity Association, of the order of Mother Teresa of Calcutta, which left the country in July, was also outlawed.