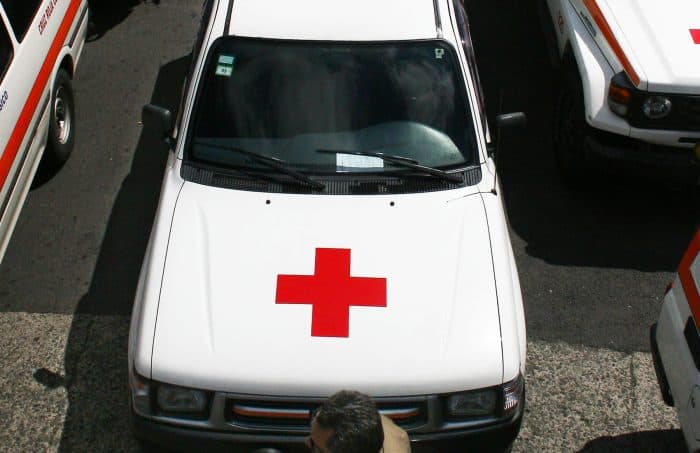 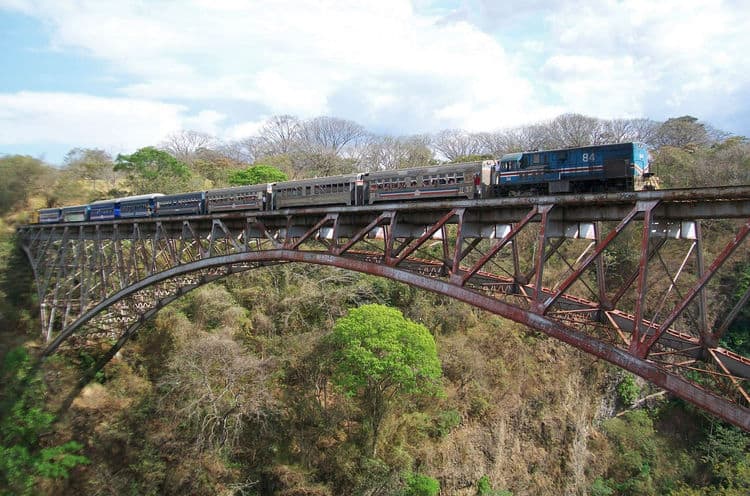 A train crosses the Río Grande Railway Bridge in an undated photo. (Photo by crtrenes, via Highest Bridges.)

Costa Rica’s Pacific railroad is in a state of disrepair (and has been for years, since the construction of nearby Route 27). But the Río Grande bridge is still an impressive sight: the balanced cantilever truss spans nearly 450 feet at 340 feet above the river.

While the bridge is off-limits, it’s normal to see bikers or tourists walking alongside the tracks. It’s a relatively short hike to the bridge from the Río Grande train station, which also houses a small museum.

Recently, one tourist took advantage of the impressive, unused bridge for an adrenaline-packed BASE jump. Take a look:

BASE is the sport of jumping from a fixed object with a parachute. BASE is an acronym for building, antenna, span (such as a bridge) and earth (such as a cliff).

Teletica reports the jumper is Chase Reinford, who hails from Philadelphia, Pennsylvania.

“I found this abandoned train trestle and couldn’t help but jump it,” he wrote on Instagram. “There is a small village right next to the bridge and the local people were helpful in guiding me out from the canyon via hand drawn map. I still got lost and just ended up bushwhacking my way out.”

The video has amassed 23,000 views over just two days, and it drew the attention of the Costa Rica Railway Institute (INCOFER).

“At Incofer, we are in absolute disagreement with the events carried out from a railway bridge. This is to safeguard human lives,” said Elizabeth Briceño, the organization’s president.

“The train can pass at any time, and although the track is not enabled, it must also be taken into account that not all the railway bridges are in the best condition due to normal deterioration.”

As they say in car commercials: This is a professional diver on a closed course. Do not attempt. 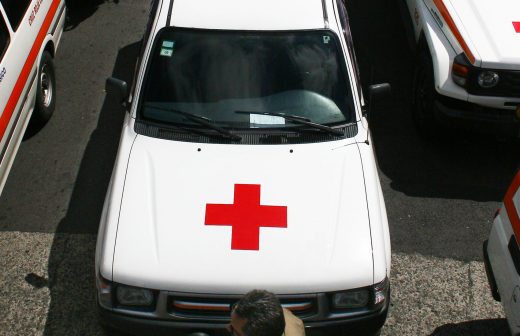