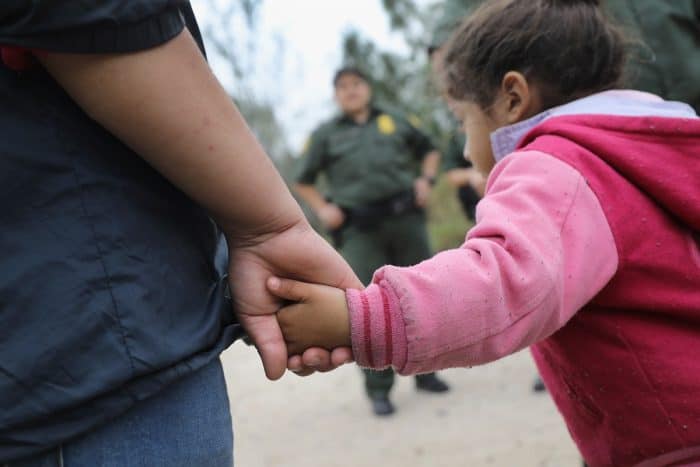 Mexico and Guatemala in joint effort to slow migrant caravans

‘American Dream’ dashed for migrants sent back to Mexico

Far from the Mediterranean: African migrants cross the Americas

Aerial view of La Penita indigenous village, Darien province, Panama, on May 23, 2019. Migrants cross the border between Colombia and Panama through the Darien Gap on their way to the United States. They escape poverty, political prosecution or lack of opportunities in their countries. ((Photo by Luis ACOSTA / AFP))

Ahmed Kabeer fled his homeland of Sudan where he was tortured and traveled thousands of miles to find himself in a new hell: the ominous jungle that straddles Colombia and Panama.

Unlike hundreds of thousands of other African migrants that crowd into precarious boats and launch into the Mediterranean Sea hoping to reach Europe, Kabeer’s aim is the United States.

“There is a route” through Latin America, said Kabeer, who has a huge scar on his left leg and walks with a limp.

Kabeer is one of 23 people from the other side of the world who — along with hundreds of Haitians and Cubans — are waiting in a camp to cross the daunting Darien Gap having fled war and poverty.

They are united by anxiety.

Following a forced pause due to the pandemic, the moment has come to cross the jungle corridor between Colombia and Panama that spans more than 250 kilometers (155 miles).

Almost 700 migrants have been held up in Necocli, Colombia for weeks.

They set up a makeshift camp in the village while waiting for the border with Panama to reopen.

Arriving in South America was the easy part for Kabeer, 34.

“I find it’s not very difficult that Brazil gives visas for people,” he said.

From Brazil he went to Peru and Ecuador before arriving in Colombia.

The route to the US passes through Panama and on northward through Central America.

Visas won’t be a problem now given the porous borders he will cross, but he’ll need money for bribes.

Kabeer’s odyssey began in 2003 when war broke out in the Darfur region of Sudan amidst accusations of ethnic cleansing against the government of then-president Omar al-Bashir.

The next year, Kabeer’s mother and uncle were murdered.

He set off through several countries in Africa and the Middle East before he was expelled from Israel in 2018.

He returned to Sudan but a year later was captured by the security forces.

Kabeer insists he was tortured due to his tribal association. A scar stretching down his calf to his Achilles tendon bears witness to his suffering.

He fled again to Egypt this time and opened a small business. But he was robbed.

In desperation he traveled as a tourist to Sao Paulo last year. Upon arrival he continued another 5,000 kilometers (3,100 miles) over land.

“I only want a safe place where I can speak English … like USA, like Canada,” he said.

It will likely take seven to 10 weeks just to reach Mexico.

“It’s a route that is not safe 100 percent so I will find some difficulties,” Kabeer acknowledged.

The probability of suffering “physical and psychological violence is very high throughout the whole journey, especially between Colombia and Panama,” a spokesperson for the International Organization for Migration said.

But these migrants feel the risks are worth it.

“In Africa there are a lot of problems … there’s no work, there’s a lot of corruption,” said Karifala Fofana, a Guinean occupying a tent next to Kadeer’s.

“Even if you’ve finished your studies, even if you’re intelligent,” he said.

“If you’re not from a rich family … you’re screwed.”

Flashlights, batteries and machetes are essential for the next step.

The crossing of the Darien Gap happens mainly at night and can take five or six days.

As well as coming across swamps and snakes, there is the risk of running into drug-traffickers transporting cocaine into Central America.

Locals say they have little sympathy for migrants, though authorities can be more welcoming.

Last year, between January and October, Panama intercepted 287 Africans in the jungle and transported them to temporary accommodation while waiting for Costa Rica to grant them entry.

Mohammed Al-Gaadi is another to have ruled out crossing the Mediterranean.

“Many people who travel to Europe are without work,” he said.

In 2017 he decided to leave the poorest country in the Arab world and head for the US. He crossed the Red Sea on a ferry to Djibouti and then took a flight to Sao Paulo.

“There is no route that is good and safe for me,” he said.

More than 20,000 migrants have drowned trying to cross the Mediterranean from North Africa to Europe in the last seven years, according to the UN Refugee Agency.

Al-Gaadi crossed from Brazil into Ecuador, where he worked for three years as a street vendor.

He sent money home to his wife and five children in Yemen while also trying to save enough to continue his journey.

“Here we spend money in everything and we don’t work,” he complained.

Getting this far has already been costly for Fofana, who worked for six months in Brazil.

Panama reopened the border on January 30.

Five days later, all three left the camp and took a boat to a village from where they could find smugglers charging $2,000-$3,000 to guide them through the jungle.

Kabeer made it to Panama after five days, but others didn’t.