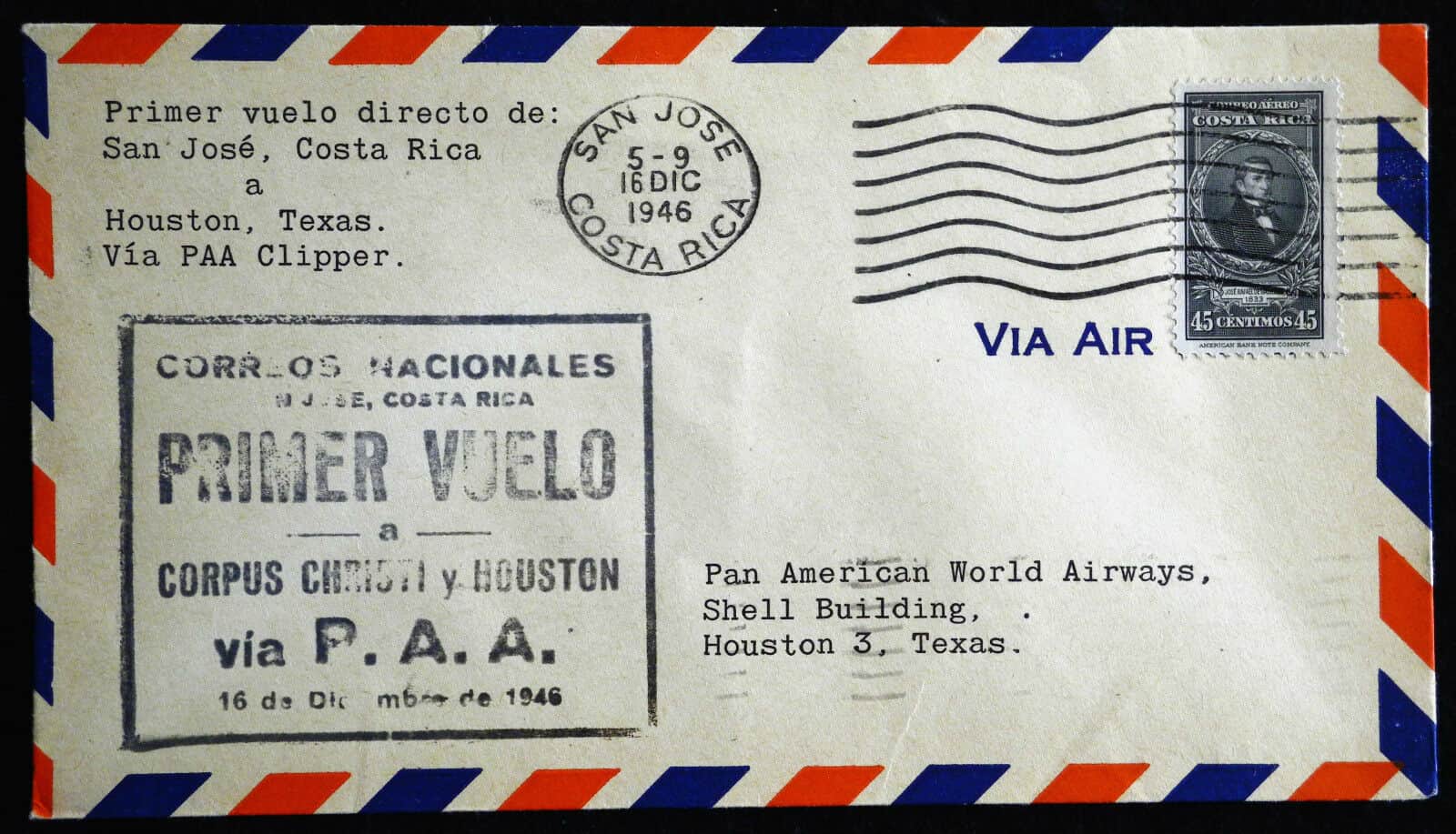 A postcard commemorating the first direct flight from San José to Houston, via Corpus Christi. (Via Ebay.)

Flying today is cheaper than ever, and non-stop routes have connected Costa Rica to destinations across the Americas and Europe.

But in the 1940s, even a direct flight to Texas was cause for celebration, as commemorated by this postcard.

We couldn’t find much information about the airmail flight, but it likely originated from San José’s La Sabana airport, which was inaugurated in 1940.

Today, La Sabana is a large metropolitan park (and home to the National Stadium), and the majority of Costa Rica’s international flights use Juan Santamaría International Airport in Alajuela. 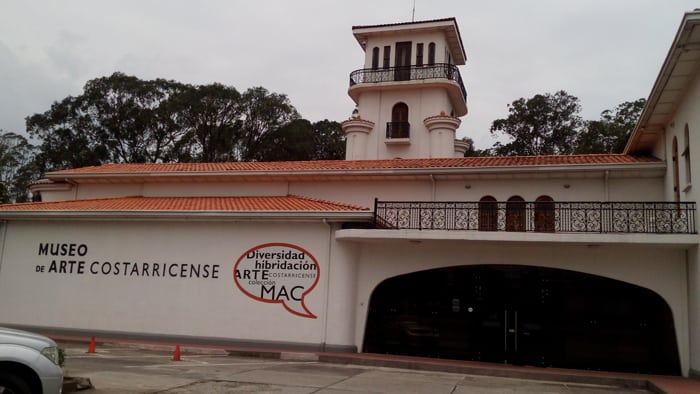