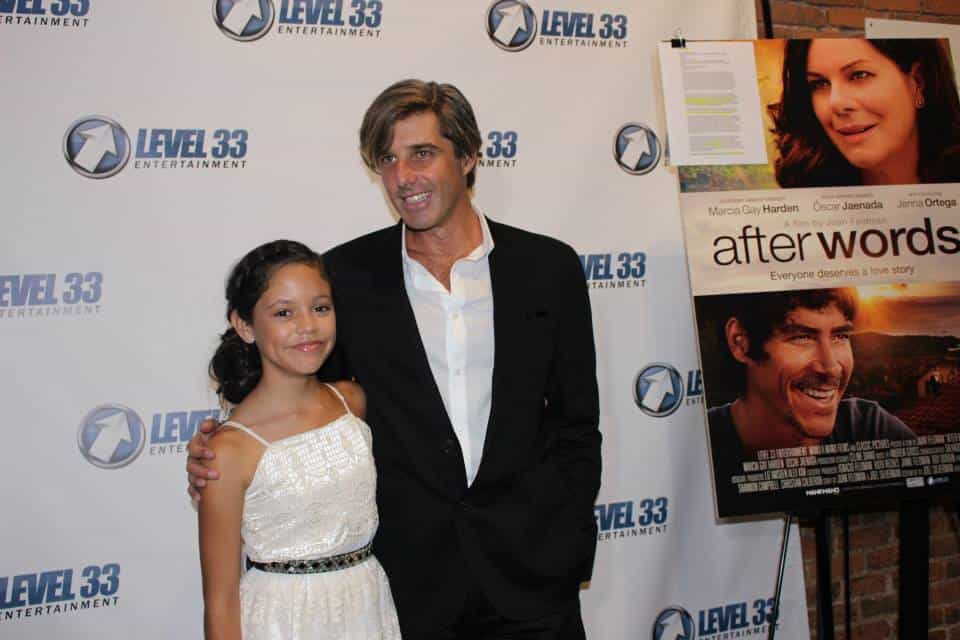 Feldman, who has been working in film for 21 years, first entered the industry as a third-year univeristy student, when a Spanish production company offered him a job. He left college and went to live to Los Angeles, where he worked as a director’s assistant as well as theater and radio director.

A year after the U.S. premiere of “After Words,” The Tico Times talked via Skype with the director about his vision of Costa Rica, his hopes for a Costa Rican premiere, and his current projects. Excerpts follow,

Why did you choose Costa Rica for your movie?

It was my first movie, so I wanted to do it in a place where I felt at home, comfortable, with nice people. I first considered Uruguay, but it is quite far. Based on the story, I thought about a beautiful place such as Costa Rica. That “pura vida” you have is amazing! I compare it with the Hawaiian “aloha.” I’d been to Costa Rica before filming other movies, and know people in Manuel Antonio, Quepos, and San José. So I wrote the movie locating it in those places, and I just called them and told them, “Hey guys, I am coming!”

A movie can be about anything: the possibilities are endless. I wanted the film, besides being funny and therapeutic, to be able to help someone, and Costa Rica has all the aspects I wanted. There’s no army, there’s an environmental way of thought. The movie is a tribute to the country and its culture.

What’s the main message of the movie?

The story came to my mind because I’m from a small country where we have no freeways, and I came here to Los Angeles and I realized that people drive to work for approximately two and a half hours and then three hours back. That’s like five hours a day where  they are not with their families, but alone in a car. The carpool lane is always empty. I thought, “When do these people live?” After driving all that time, they get home and don’t wanna go anywhere else.

So my movie is about an American woman who has nothing in life, who travels to a place that represents the opposite. I wanted to use two different personalities: she, who is an introverted American, and an extroverted Latin man. Coming from different worlds, they can learn from each other. What I want is to get people out into the field of life, not only on the bleachers as spectator, but doing something. I think Costa Rica is another character in the film.

How do you compare the way of life in developed countries and Latin American countries?

Life here is really, really different from the one we live in our countries [Latin American countries]. I’ve been living here [Los Angeles] for 20 years, and here, your family life, your relationship with your friends and with life itself are really different. For example, in the 20 years I’ve been living here, no one has ever just dropped by my home. Here, people always call first, or send an email, and they agree to be at a specific place at a specific hour. It’s not that spontaneous.

Why do you think people, including foreign visitors, create such strong bonds with Costa Rica?

I think that you have to be away to see things clearly. There’s always that thought, “The grass is greener on the other side.” Sometimes we don’t appreciate things we have at home; we always think what is outside is better. And you have a spectacular country: Costa Rica has a beautiful scenery and also the people, the idiosyncrasy of the country, the respect you have toward nature.

I’m really interested in premiering the movie in Costa Rica and to screening it all over Costa Rica, because this a tribute to the Ticos. I consider myself a Tico at heart, an adopted Tico! [Laughs.] Costa Rica es un país bien tuanis, bien lindo mae [a really nice country, beautiful]. The premiere in Costa Rica, for me, is the most important one. That’s the premiere I’m super eager to have.

Now that you have focused on film, what happened with theater?

Theater is a dream. I’m writing a play and have other things for theater that I’d love to do. The thing is that you have to make a balance between the things that make money and things that don’t, such as theater. I invested everything in this movie, this tribute to Costa Rica. I just hope I can recover my investment so I can continue working with my art. It’s complicated, because I did it all by myself. I really hope you like it.

I also have other projects. For example, an agency here liked the movie and asked to me to write a script… [and if I don’t move forward on it with them] I’ll do it myself. We have to produce more movies. We have to tell stories.