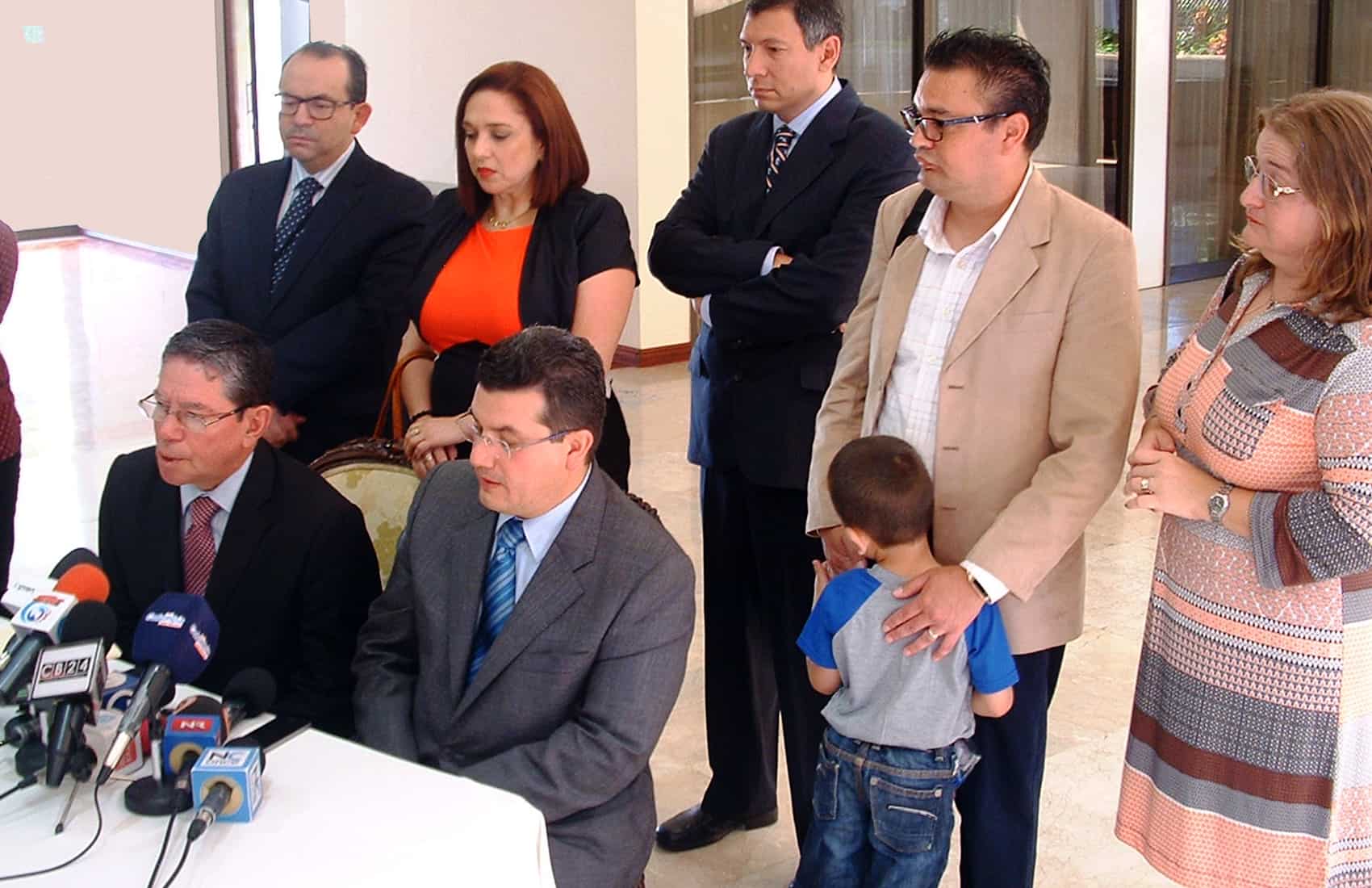 Lawyer Huberth May, front left, on May 6 addresses the media at Casa Presidencial following a meeting between President Luis Guillermo Solís and couples who filed a complaint at the Inter-American Court of Human Rights. (L. Arias/The Tico Times)

Two attorneys on Tuesday asked a human rights court to intervene on behalf of couples fighting Costa Rica’s ban on in vitro fertilization, over a recent challenge to a decree that would legalize the procedure.

The attorneys asked the San José-based Inter-American Court of Human Rights to seek an explanation from Costa Rica’s Constitutional Chamber of the Supreme Court, or Sala IV, as to why it admitted a challenge to the executive decree.

Hubert May and Boris Molina presented a 92-page document requesting the IACHR to validate President Luis Guillermo Solís’ decree. It also seeks clarification from Sala IV justices on their reasons for admitting the complaint, filed on Oct. 8 by a group of lawmakers.

The decision by Sala IV justices caused the temporary suspension of the decree. Costa Rica’s IVF ban dates to the year 2000, when the Sala IV said it violated the fundamental right to life, making Costa Rica the only country in the Western Hemisphere to ban the fertility procedure.

Lawyers now are asking the human rights court to rule that the Sala IV failed to comply with the IACHR ruling, and to file a report on the situation to the General Assembly of the Organization of American States.

The document highlights that Sala IV justices in the past three years repeatedly have said they do not have jurisdiction to rule on the IVF ban. Yet on Oct. 7 they admitted a complaint against the president’s executive decree.

Solís signed the decree on Sept. 11 in response to the Legislative Assembly’s inaction on passing a bill to reinstate IVF. The delay likely would have brought further sanctions from the IACHR.

The bill currently is still under discussion by lawmakers on the legislative human rights commission.

The IACHR in 2012 ordered the country to lift the ban and regulate IVF procedures in order to allow its implementation both by private and public medical centers.

President Solís’ decree would allow the reinstatement of IVF procedures within six months at private clinics and within two years at public hospitals.