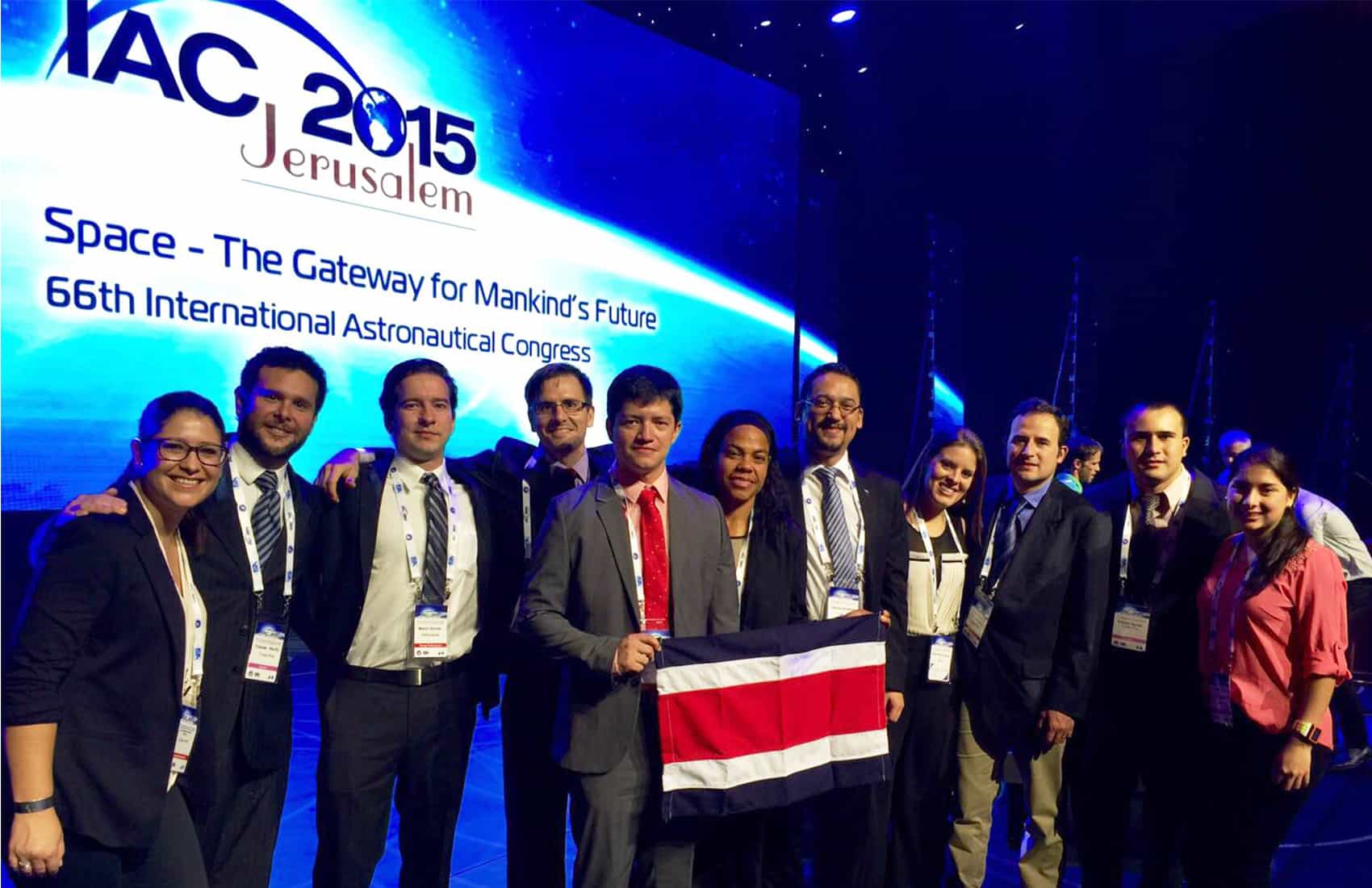 ACAE members celebrate Costa Rica's acceptance as a full member of the International Astronautical Federation in Israel, on Oct. 12. ((Courtesy of ACAE))

The acceptance will grant Tico scientists access to a global networking platform that can help them attract space companies and researchers to the country. In addition it will increase educational opportunities for students and professionals, as well as employment and business opportunities, Alvarado said.

“For both Costa Rica and Central America our acceptance represents a milestone, as this is the first time that an agency from our region is accepted as an IAF full member,” he said.

ACAE members believe the membership is a recognition of the work the agency has developed in recent years, as well as Costa Rica’s increased interest in becoming involved in the aerospace industry.

“It is the major league of space investigation,” the agency noted in a news release.

The agency launched operations in 2010 and currently is involved in two initiatives related to space research.

The first is the launching into space of the first Central American satellite, scheduled for 2016. It also is part of the Ditsö project that currently is working to send into space parts of the exoskeleton of Costa Rica’s native jewel scarab to determine how the insect’s peculiar properties might help humans develop better coating for satellites and other space equipment.

Costa Rica’s representatives this week are presenting both projects to the congress’ attendees. They also will present four other papers on conditions needed to develop aerospace research programs in developing countries, as well as other lectures related to space programs’ cooperation.

Tico scientist and former NASA astronaut Franklin Chang Díaz celebrated Costa Rica’s acceptance at IAF and said it is an important step for the integration of Central America in the space research global community.

“We can and we must fully participate in these events. I celebrate this important achievement,” Chang said in a message to ACAE.