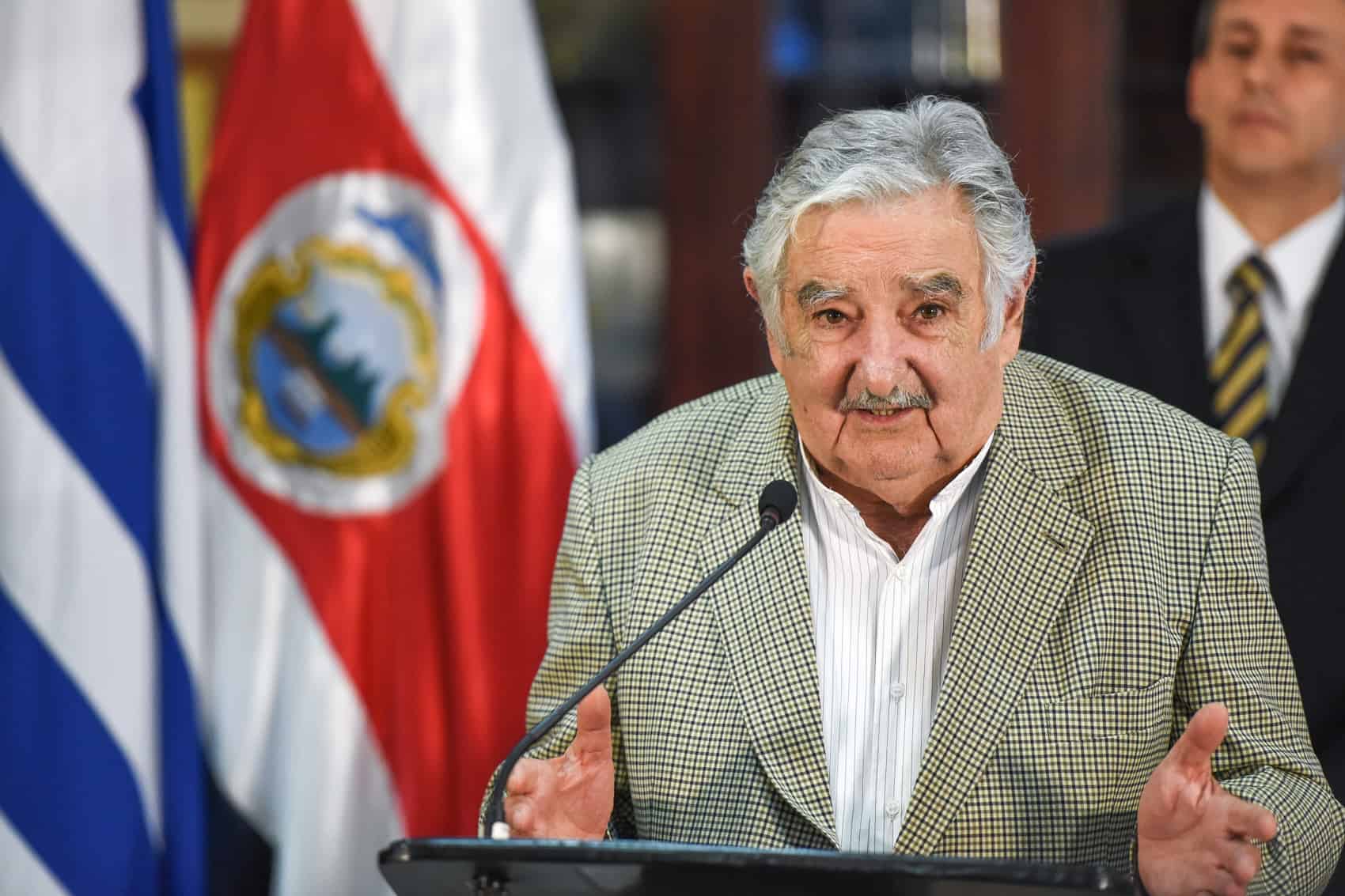 Uruguay’s ex-President José “Pepe” Mujica trumpeted the legalization of recreational marijuana in his home country in comments he made at Casa Presidencial Wednesday. But he stopped short of recommending it for Costa Rica.

During his brief stay here at the invitation of the University of Costa Rica’s Student Federation, Mujica commented on his country’s experience with controversial laws passed during his administration (2010-2015). Some are similar to ones that Costa Rica’s legislature is grappling with, including medical marijuana and gay common-law marriage.

Mujica, the avuncular former president and former Tupamaros urban guerrilla fighter, said that regulating marijuana “robs narcos of the market” by offering users a legal way to purchase pot. He compared smoking marijuana to drinking rum, noting that occasional use was “tolerable” but excessive use crossed into vice.

“Love is the only good drug, all the rest are horrible,” Mujica said.

Costa Rican leaders are currently studying the possibility of legalizing marijuana for medical purposes. Casa Presidencial included a bill from ruling party lawmaker Marvin Atencio in its priorities for the Legislative Assembly’s extraordinary session this month. The bill would regulate the production, distribution and commercialization of marijuana for medical purposes in Costa Rica.

During his visit here, the world’s “humblest” president hedged his country’s experience with marijuana legalization when asked if he would recommend it to Costa Rica. Mujica said it was a question for the Costa Rican people and said there was no “magic formula” for addressing the drug war in Latin America.

Uruguay, under Mujica, marked another progressive milestone when it legalized same-sex marriage in 2013.

Mujica was nonchalant when asked about the law: “All we did was recognize reality.”

Here, Casa Presidencial announced recently that it would support Bill 18.483, which would legalize common-law marriages for same-sex couples.

Mujica and Solís met privately at Casa Presidencial before speaking with the media on Wednesday. No selfies have yet surfaced.