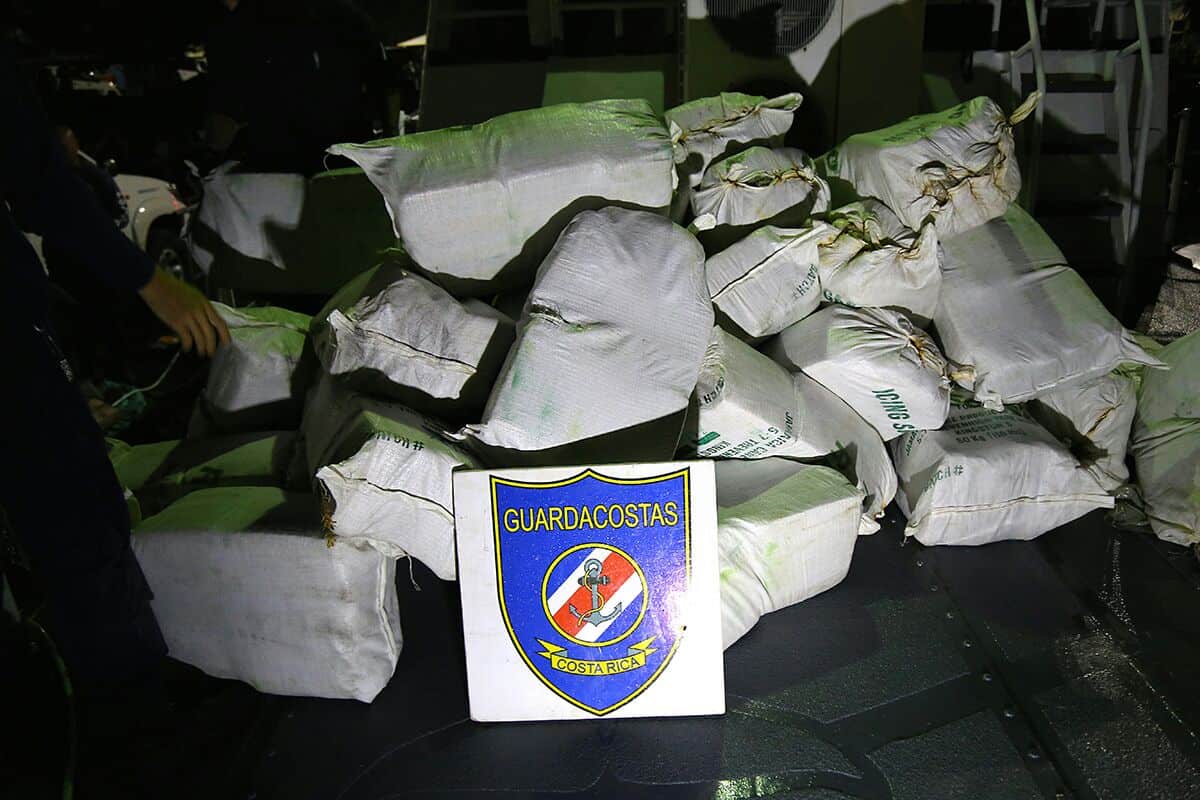 Costa Rican authorities seized 1.9 metric tons of marijuana Monday evening near the port of Moín, Limón, according to a statement from the Public Security Ministry.

A U.S. surveillance plane spotted an unregistered vessel Monday afternoon and reported to Costa Rican authorities its location 50 nautical miles off the Caribbean coast of Limón. The suspects on board began throwing their cargo overboard before authorities intercepted the boat. Coast Guard officers recovered 67 packets of what turned out to be marijuana.

Read: Beachcombing along the Caribbean drug trail in Nicaragua

Police arrested four suspects – a Costa Rican and three Jamaicans. The Costa Rican suspect, a Cahuita native with the last name Smith, did not have a criminal record, according to the ministry. The Jamaicans were identified by the surnames Watson, Farrosd and Swaby.

On Tuesday morning, another U.S. surveillance flight alerted the Costa Rican Coast Guard of a suspicious boat 80 nautical miles off the coast of Golfito, on the Pacific Coast. They recovered 30 packets of cocaine but the exact amount was not yet tallied.