After year of inaction, international community meets to protect biodiversity 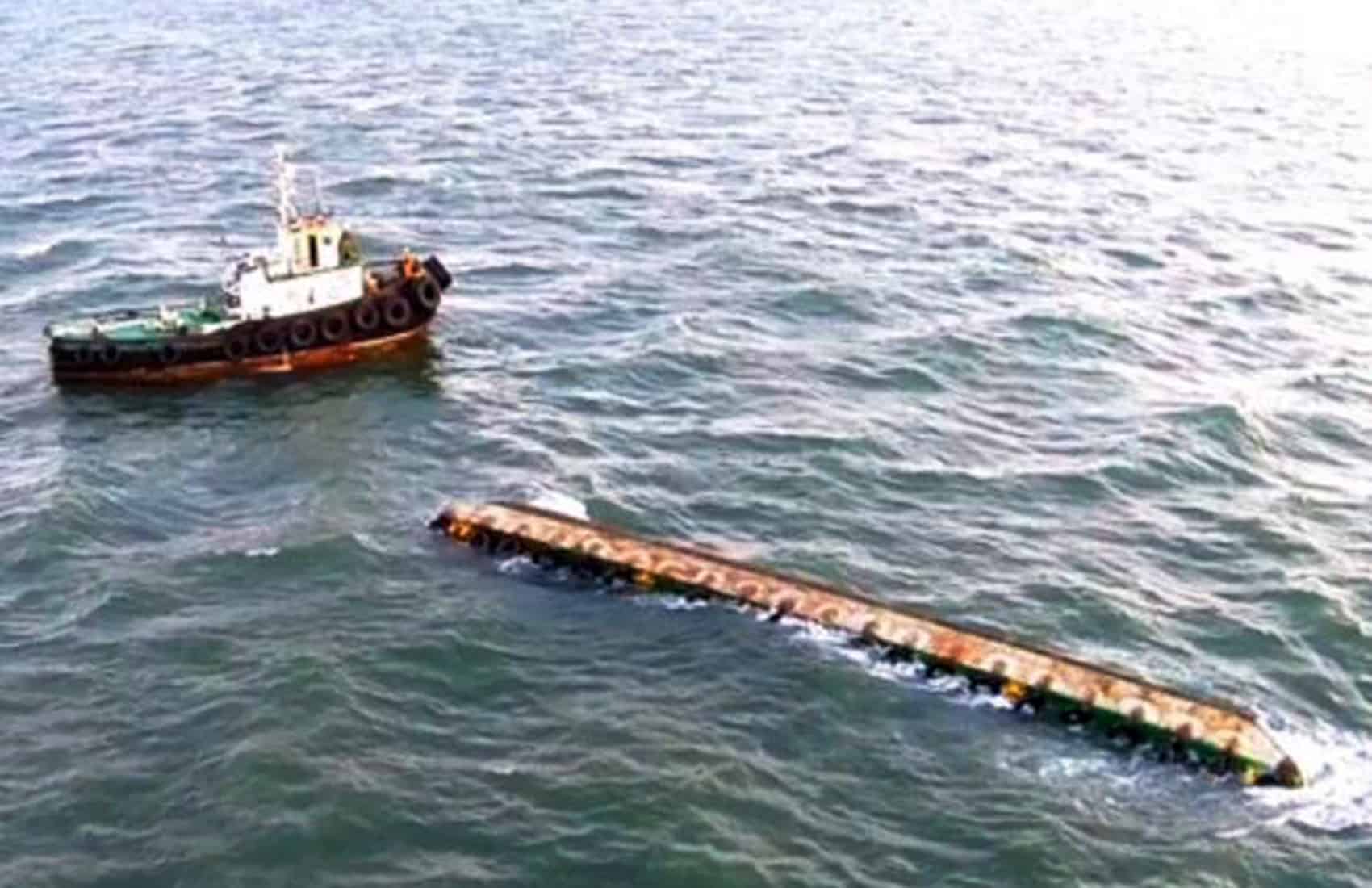 A capsized barge carrying 180 tons of ammonium nitrate did not have current navigation permits, MOPT officials said Monday, May 4, 2015. ((Courtesy of Casa Presidencial))

Officials from the Costa Rican Fisheries Institute (INCOPESCA) on Monday said that the 180 tons of ammonium nitrate spilled into the Nicoya Gulf last Saturday have not caused significant damage to the area’s marine resources. The chemicals leaked into the gulf, on Costa Rica’s central Pacific coast, after a barge was overturned by strong waves on Saturday.

“We are telling people to remain calm following inspections by INCOPESCA on the open sea and along the coastline,” INCOPESCA Executive President Gustavo Meneses Calvo said. “We will maintain a 72-hour fishing ban in the area and a preventive alert as cautionary measures only in the area directly affected by the spill.”

The fishing ban will remain in place through Wednesday on the recommendation of the University of Costa Rica’s Center for Research in Marine Sciences and Limnology (CIMAR). The ban covers an area extending from Puerto Caldera, in the canton of Esparza, to La Punta in Puntarenas, on the central Pacific coast; and from the coastal area in Pájaros beach in Paquera to Playa Tambor in Cóbano. The barge sank some 60 kilometers west of Costa Rica’s capital, San José.

“We have not found any evidence of major damage during inspections conducted in the Gulf of Nicoya and neighboring areas,” Meneses added. “The fish currently being sold in Puntarenas is safe to eat, as it was caught completely outside the area where the spill occurred.”

National Animal Health Service Director Bernardo Jaén Hernández also said there is no risk in consuming fish or other seafood from the Pacific area.

“The fish that were poisoned already are dead and floating, therefore they can’t be dragged by fishing nets or other fishing techniques commonly used in the area,” Jaén said Monday. “A risk would only exist if someone eats a fish found dead and floating, as ammonium nitrate accelerates the decomposition process, and therefore, poisoning would occur by eating decomposed fish.”

The National Emergency Commission (CNE) on Sunday downgraded a “red” alert to “yellow” for the area, after confirming that risks to human health were minimal.

A preventive yellow alert remains in place “for possible environmental consequences, and not for public health reasons,” the CNE reported on Monday. “Currently there are no restrictions for bathers to enter the water or for people to eat seafood.”

INCOPESCA officials will continue patrolling the area as a cautionary measure to detect any other possible consequences from the spill, the agency reported.

Experts from the Water and Sewer Institute (AyA) this week are conducting physicochemical tests on water samples collected over the weekend “mostly to obtain biological indicators of the impact on marine life,” said AyA Executive President Yamileth Astorga Espeleta.

According to the Public Works and Transport Ministry (MOPT), the capsized barge carrying 180 tons of ammonium nitrate did not have up-to-date navigation permits. The ship, owned by the company Fertilizantes de Centroamérica (FERTICA), was one of six used by the company that lacked valid navigation permits, which expired in July 2014, according to MOPT’s director of maritime ports, Luis Fernando Coronado.

MOPT officials said Monday afternoon they are collecting evidence to file a legal complaint against FERTICA for operating barges and transporting chemical products with expired navigation permits. They also will order the company to remove the barge and drain its fuel.

“The crew ignored all of the warnings regarding strong waves issued last week by CIMAR and another warning by the harbor master at 10 a.m. on Saturday,” MOPT Vice Minister Sebastián Urbina Cañas said.

The barge sank 150 meters from the coastline while transporting the cargo, part of 6,000 tons of ammonium nitrate carried by a separate tanker.