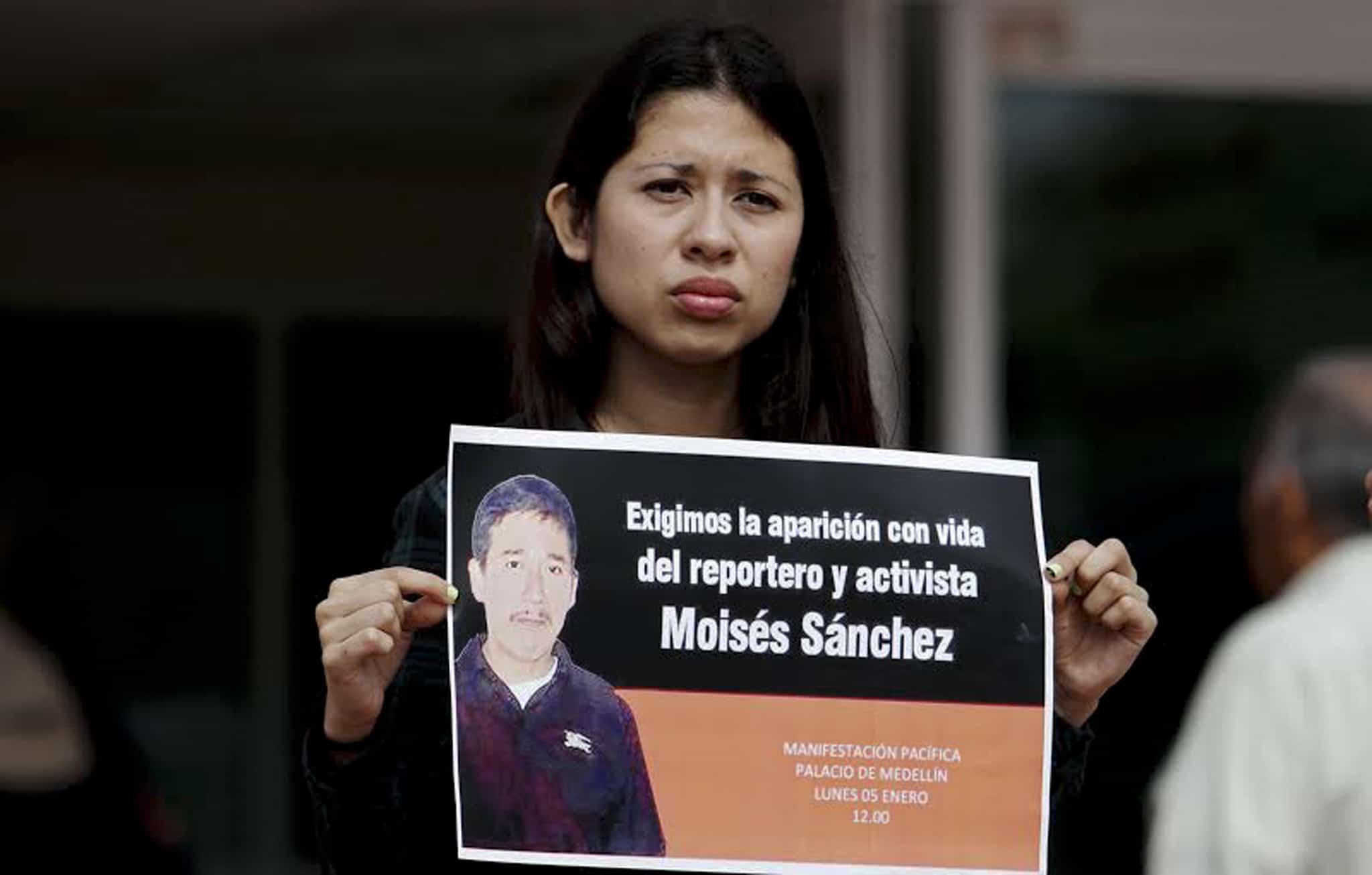 A journalist holds a poster during a protest for the disappearance of journalist Moisés Sánchez Cerezo in front of the municipal palace of Medellín de Bravo, Veracruz, Mexico. (Koral Carballo/AFP)

A group of police officers was detained Monday in the Mexican state of Veracruz in connection with the kidnapping of a journalist who reported on drug violence, investigators said.

“As part of the investigation into the disappearance of Moisés Sánchez Cerezo, municipal police from Medellín de Bravo were detained, subject to investigation, in the early hours of (Monday),” local prosecutors said.

The statement did not say how many officers were detained.

Sánchez, the editor of Medellín newspaper La Unión, was kidnapped on Friday by armed men who broke into his house in the eastern town and took him away along with his camera and cell phone.

He is known for his stories on the drug-related violence that has shaken Medellín, which neighbors Veracruz, one of Mexico’s largest ports. Watchdog group Article 19 said Sánchez had recently learned from a “credible source” that the town’s mayor planned to “shut him up and teach him a lesson” for his reporting.

The nexus between drug-trafficking gangs and corrupt officials has been in the spotlight in Mexico since the disappearance and likely massacre of 43 students on September 26 in the southern state of Guerrero. That case, in which corrupt police are accused of handing the aspiring teachers over to hitmen from the Guerreros Unidos drug gang, has sparked nationwide outrage and caused a crisis for President Enrique Peña Nieto.