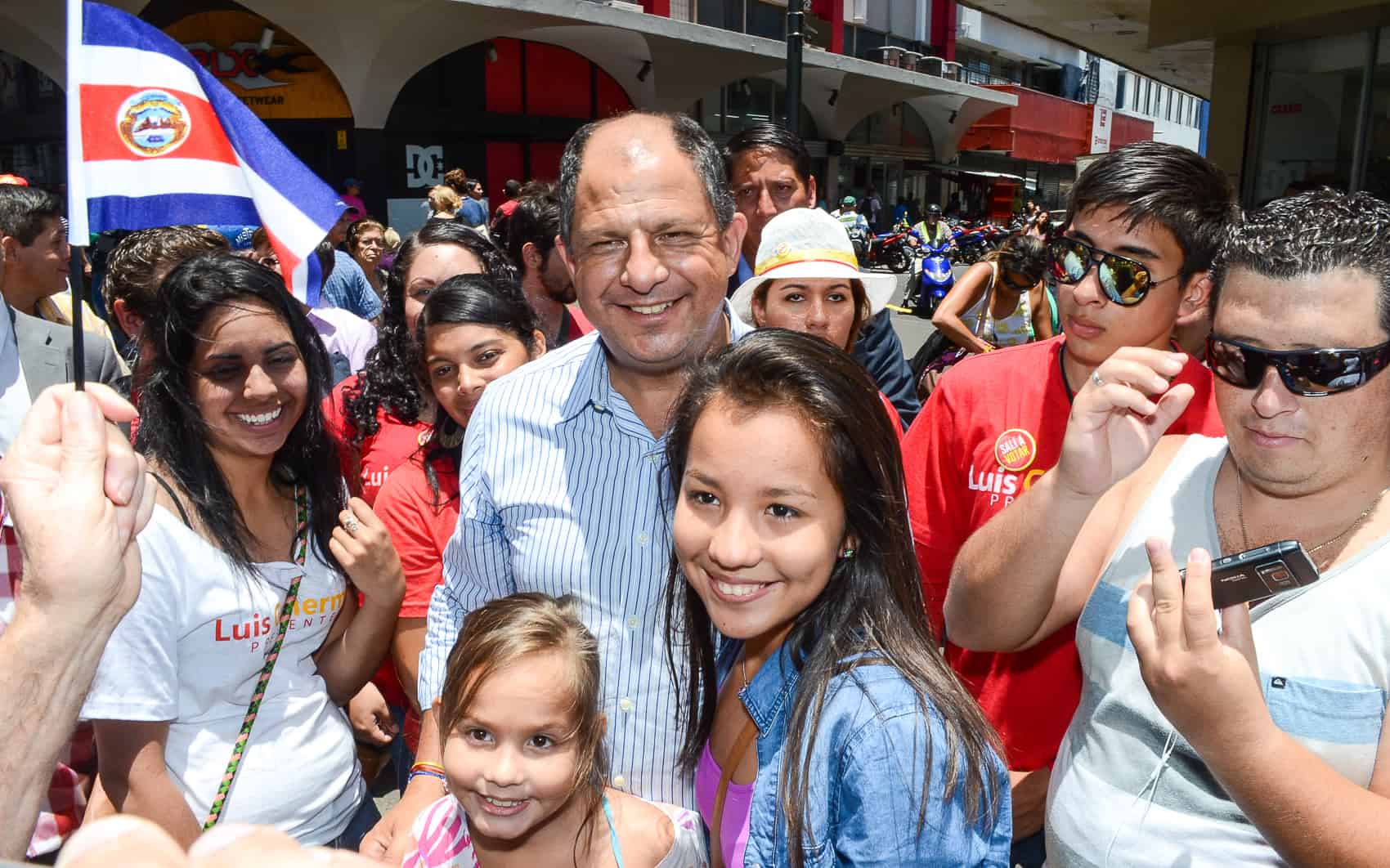 Citizen Action Party presidential candidate Luis Guillermo Solís wrapped up his campaign ahead of Sunday’s vote by taking a stroll along the capital’s Central Avenue this morning. Along the way, he greeted passersby, answered questions from the press and noted that he has several names prepared to fill his Cabinet, should he win on April 6. Solís also announced he will meet next week with Intel’s vice president during a visit, following rumors that the company could close operations in Costa Rica.