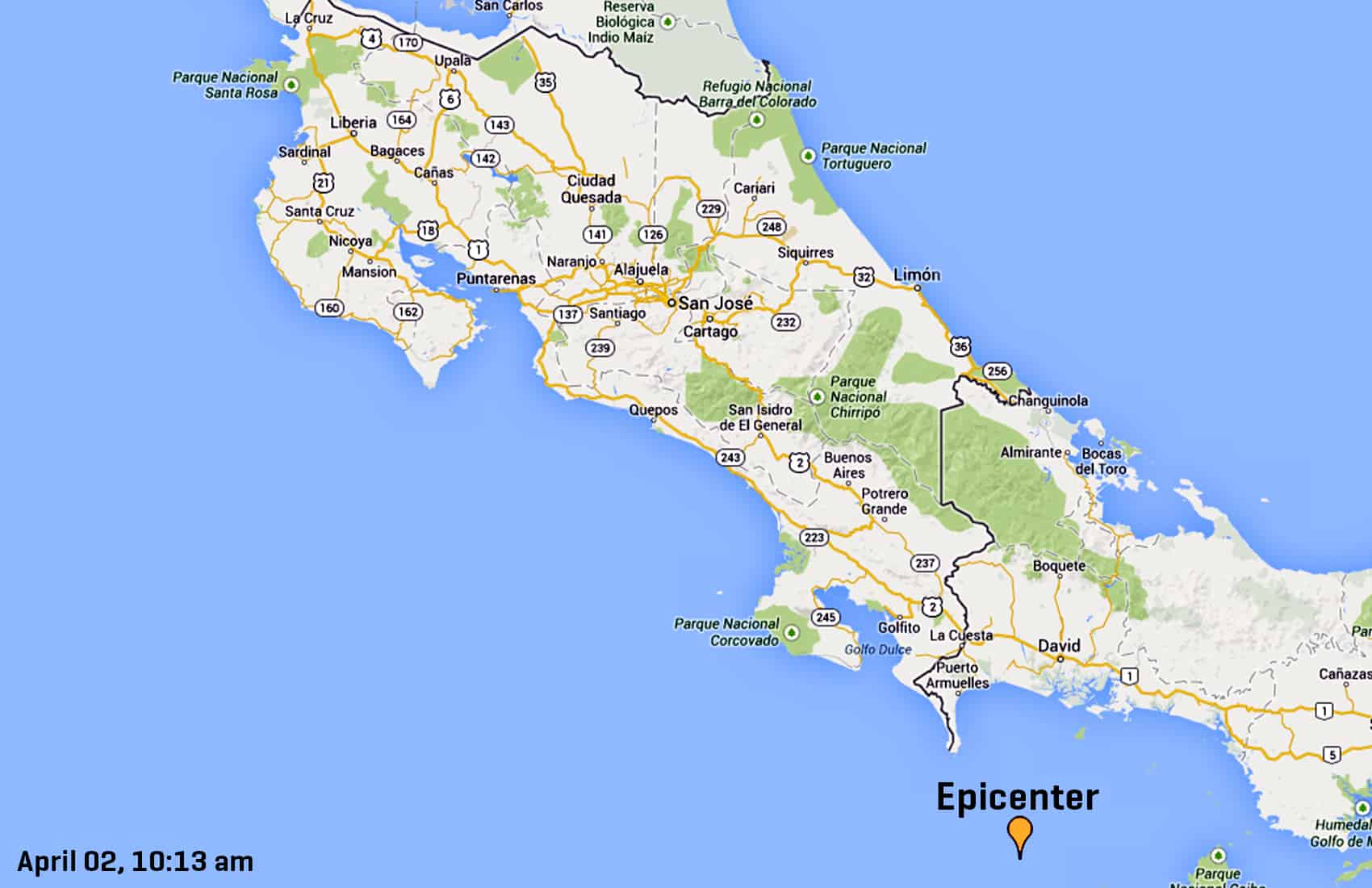 The epicenter of a temblor that shook Costa Rica and Panama on Wednesday morning was located south of David, in the Pacific Ocean. ((Map by Ovsicori))

A  strong temblor was felt in several areas of Costa Rica Wednesday morning at 10:16 a.m.

The University of Costa Rica’s National Seismological Network reported the magnitude-5.7 quake as having an epicenter 100 kilometers south of David in Panama.

According to the National University’s Volcanological and Seismological Observatory of Costa Rica, the temblor was a magnitude-6.3 and originated at a depth of 15.3 kilometers in the Pacific.

Social media users reported the temblor was “moderate to strong” and was felt mostly in San José, Heredia, Cartago, Alajuela and the southern region of Puntarenas, among other communities.

Currently there are no reports of significant damage or injuries.