Costa Rica is for lovers: the affectionate language of daily life 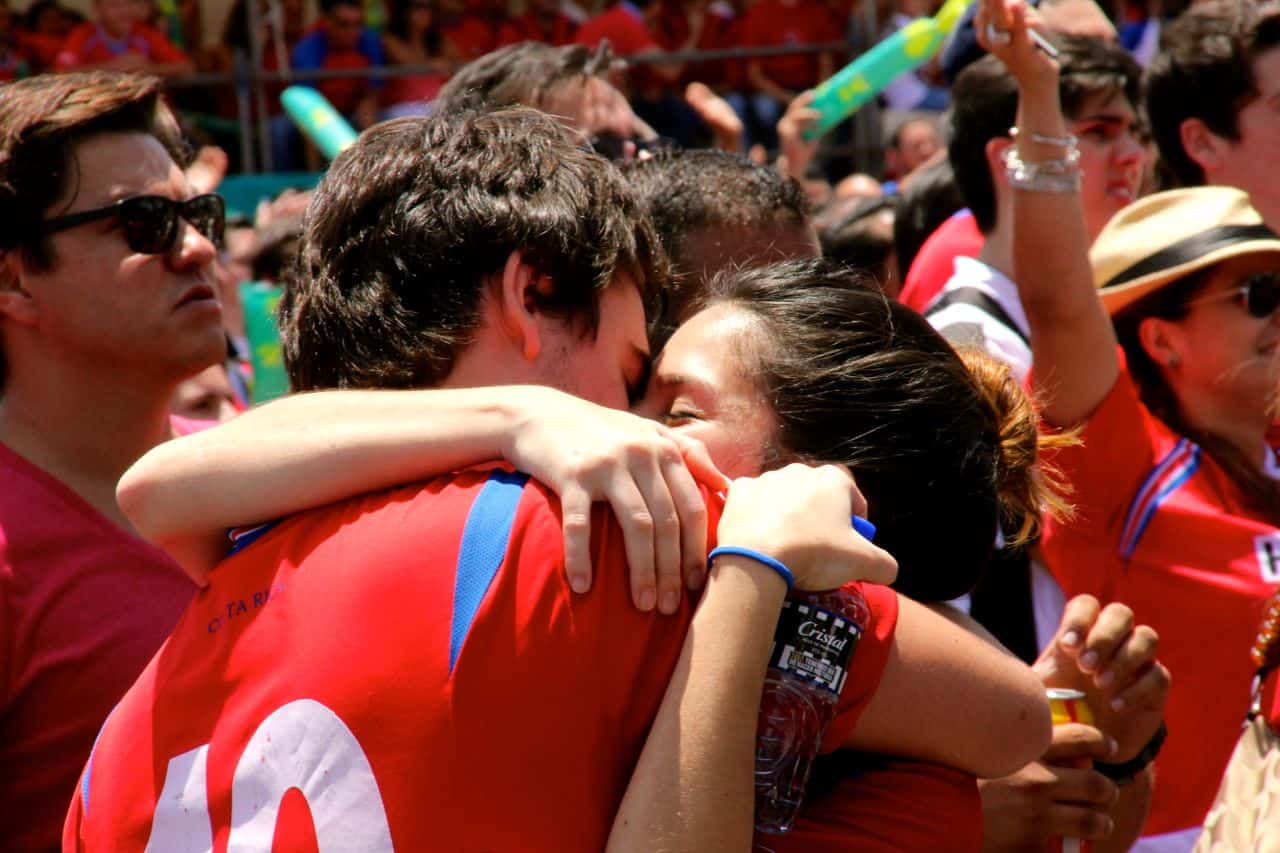 Love - with a big dash of humor - is all around. (Robert Isenberg / The Tico Times)

As a U.S. citizen living in Costa Rica, I’m thinking of this Valentine’s Day almost like another Thanksgiving. At a time in history when so much in our lives is deadly serious, I’m especially grateful this year for the fact in Costa Rica, affection is sprinkled into everyday life with a light touch but constant presence, and love is definitely a laughing matter.

Costa Rica is not a country that tends to take itself too seriously, and affairs of the heart are no exception. Now, my views on this point have been hugely and inevitably influence by my husband and his family, who bring humor to literally any situation, so if I’ve overgeneralized, I apologize to all those penning heartfelt sonnets today. But from what I’ve seen over the past 12 years, romance here tends to be a approached with a grin.

Unless you’re a teenager, maybe, if you’re being told that you’re the luz de mis ojos or el sol de mi primavera, it’s being said with a playful smile or slightly ironic tone. If lovebirds do get too saccharine sweet or misty-eyed, they’re likely to be roasted by their family or friends with a high-pitched choral “UUUUUUyyyy” and some quips to help bring Romeo and Juliet back to earth. If you’re de cabanga, moping over a lost love, you’re more likely to be greeted with gentle humor than empathetic tears.

The moony and goopy might even be accused of being the victims of sorcery: le dieron agua del calzón, roughly translated as, “They gave him/her underwear water,” might be used to describe a lovesick person. Clearly, only a little black magic could be responsible for such a state. If someone does something extraordinary for love, you might hear un culo jala más que un tractor – literally, an ass can pull you farther than a tractor.

Even the best phrases in the language for true love are funny or homely. Those who are lucky in love have found, not their soulmates, but their media naranja, the other half of their orange. The happiest married folks might refer to a spouse as el hombre/la mujer de mis sueños or de mi vida (the man or woman of my dreams, or of my life), but they might opt instead for the term la horma de mi zapato – the shoemaker’s mold for my shoe. To refer to your spouse in the third person, you might use la doña for a wife, or for a girlfriend or boyfriend, la güila/el güilo or el cabro/la cabra (goat). Of course, as in English or probably any language, there are less delightful terms as well, like la culebra (the snake).

Terms of endearment? Of course, constantly, and they might be mi amor or mi vida – but they might not. The parents of the host family I lived with during my first summer in Costa Rica were one of the happiest married couples I’d ever seen, and I was startled when I first overheard them summon each other from opposite ends of the house: “¡GOOOORDAAAAA!” “¡GORDOOOOOO!” I still wouldn’t enjoy being addressed as Fatty by my own dear half-orange, but I’ve come to find it very charming and comforting when I hear it between other couples.

Don’t get me wrong: love a lo tico is undeniably sweet. You haven’t truly snuggled until have acurrucado, which has got to be one of the most fun-to-say ways to refer to a cuddle in any language, or apapachado, a word that I recently learned is of Mexican origin but is frequently used in Costa Rica as well. Apapachar comes from the indigenous náhuatl word meaning “to embrace with the soul,” and that’s just as lovely a concept as you can get.

It’s sweet, but very, very grounded – and maybe because of that unpretentiousness, it is everywhere. Even in the rushed and crowded city, even in an office, kisses are being kissed, queridas and amores are being tossed around in the air, nicknames and diminutives are being used to express fondness between coworkers or even strangers. The lines between romantic and platonic love are constantly blurred in a place that celebrates, not just el Día de San Valetín, but el Día del Amor y la Amistad. I have always liked this distinction. Here’s to celebrating love in an inclusive way.

My wish for you on Tuesday is that single or hitched, surrounded by friends or family or missing someone, you will find a way to be, well, feliz como una lombriz – you know, happy as a parasite that’s found a good host. (Maybe leave that one out of your Valentine’s card… although, then again, I won’t. It’s one of my favorites.)

I hope you’ll be happy in a country whose city streets, though a treacherous battleground, to be honest, are also peppered with little words of affection. A country where the most basic conversation has little verbal hugs that, even when rote, soften the corners of a day.

I, for one, am hanging onto the diminutives, the sly humor, the irreverence and the ubiquitousness of Costa Rican love like never before, and am thankful for a whole day just to celebrate it.  Here’s to amor a lo tico, in all its charming forms.