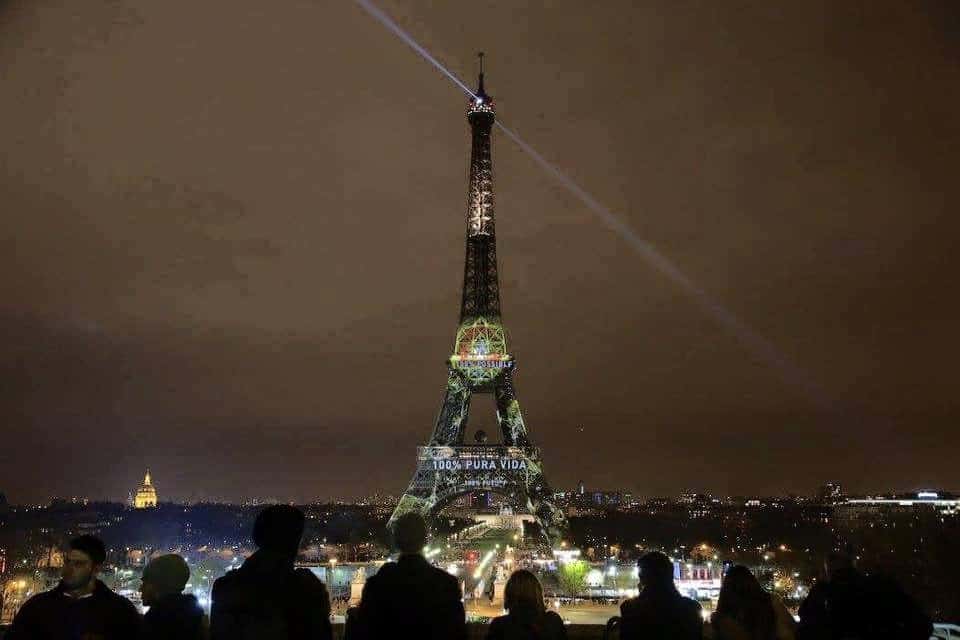 Costa Ricans gushed with pride Monday as Paris lit up its most celebrated architectural gem with the phrase “100% Pura Vida.”

The message on the Eiffel Tower presumably refers to Costa Rica’s record stretch this year running on 100 percent renewable energy — 255 days, according to the presidency.

Leaders from 195 countries are meeting this week and next in Paris to try and hash out a plan to halt the world’s movement toward catastrophic climate change.

Costa Rica has pledged to become carbon neutral by 2085 — a retreat from its longstanding goal of achieving carbon neutrality by 2021 but still a strong and, government officials say, more realistic commitment.