Obama, Castro call for end to Cuba embargo at UN 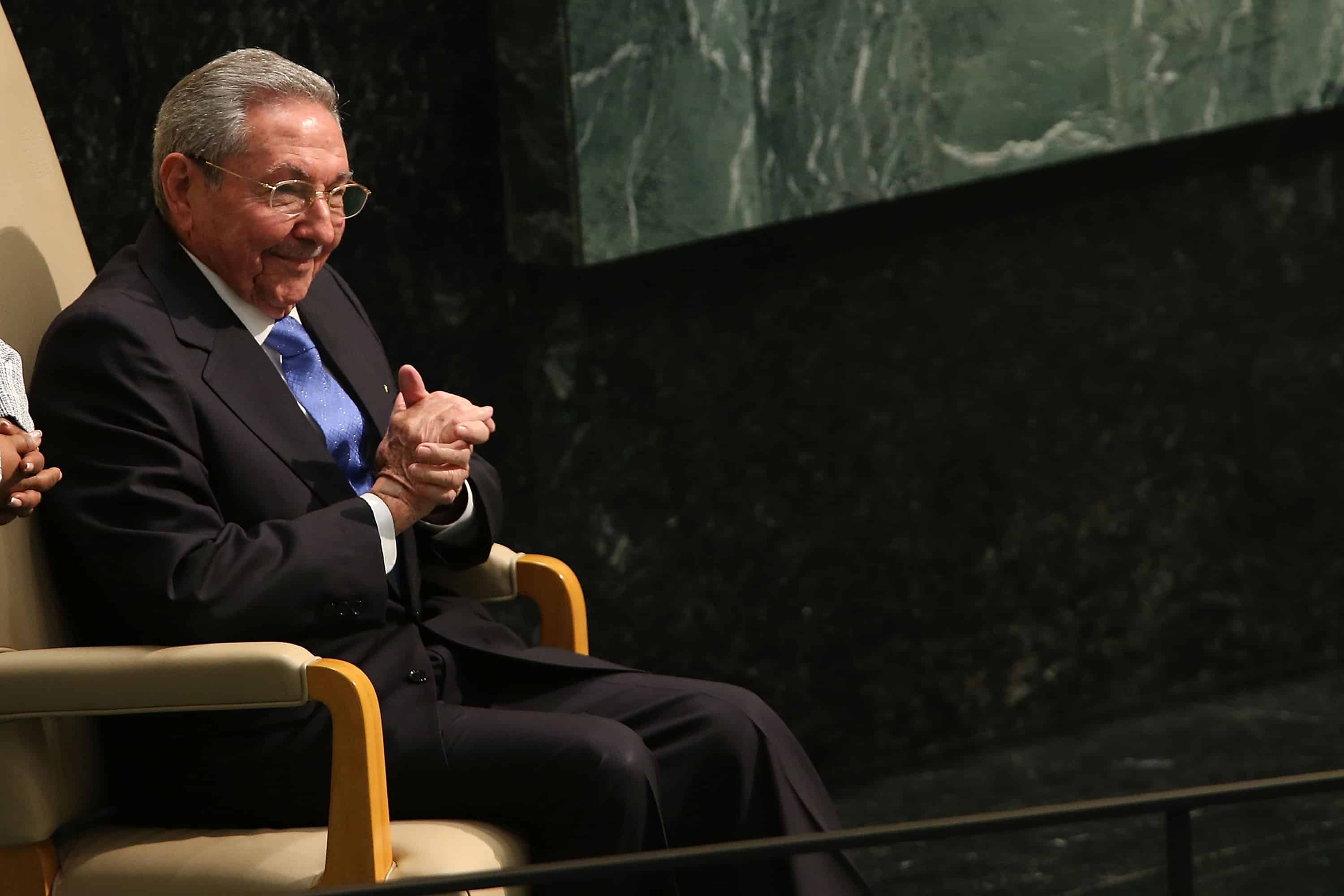 Cuba President Raúl Castro sits after speaking at the U.N. General Assembly at U.N. headquarters on September 28, 2015 in New York City. Castro last visited the United States more than a half century ago. (Spencer Platt/Getty Images/AFP)

United Nations — U.S. President Barack Obama and Cuban leader Raúl Castro both called for an end to the U.S. embargo on Havana at the United Nations Monday, on the eve of their scheduled meeting in New York.

During his wide-ranging speech, Obama said he was confident that the U.S. Congress would “inevitably lift an embargo that should not be in place anymore,” drawing applause from the 193-nation U.N. General Assembly.

The embargo, which has been in place since 1960, remains a bone of contention in the United States as the Republican-held Congress balks at the administration’s move to end the blockade.

Obama acknowledged that Washington’s Cuba policy had “failed to improve the lives of the Cuban people” but stressed that human rights remained a concern in relations with Havana.

Castro, who succeeded his brother Fidel in 2006, made his first address to the U.N. General Assembly only several hours after Obama took the podium.

“Now a long and complex process begins towards the normalization of relations, but this will only be achieved with the end of the economic, commercial and financial blockade against Cuba,” he said.

The White House announced on Sunday that Obama would hold talks with Castro on Tuesday on the sidelines of the U.N. General Assembly.

It will be their second meeting, after a first historic encounter in Panama in April.

At a U.N. development summit on Saturday, Castro called the U.S. embargo the “main obstacle” to his country’s economic development.

The General Assembly is set to discuss a new draft resolution condemning the U.S. embargo against Cuba at a session next month.

The assembly has voted each year since 1982 to approve a resolution calling on the United States to lift the embargo.