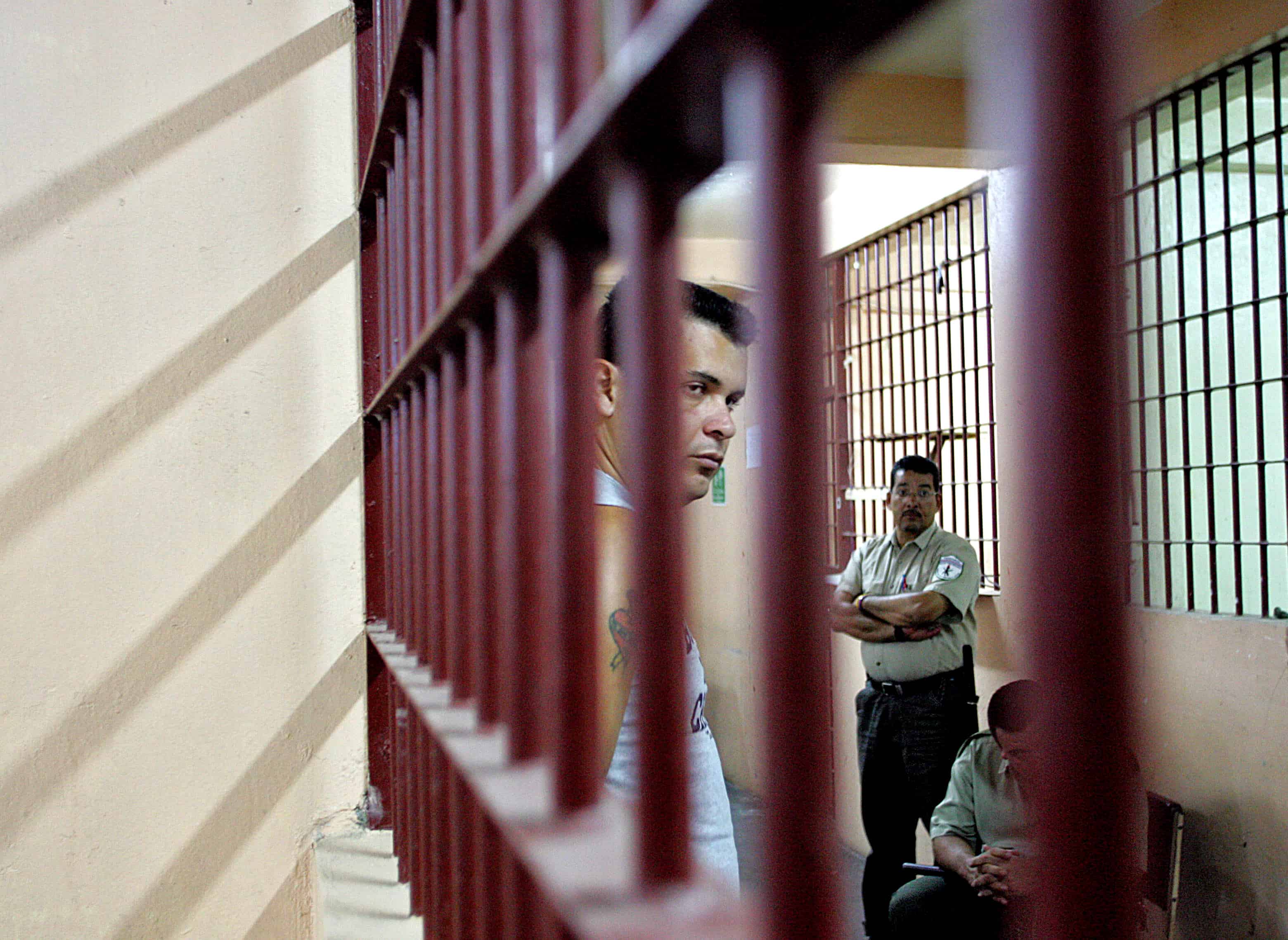 For illustrative purposes only. (Yuri Cortez/AFP)

Costa Rica’s prison rolls are bursting at the seams, according to a new report from the Ombudsman’s Office.

The country’s prison population has grown by 50 percent in the last 10 years, according to figures from the Peace and Justice Ministry, which administers prisons in Costa Rica.

In 2005, the country’s prisons were 4 percent overcrowded. Today there are an additional 4,793 people behind bars, bringing the overcrowding rate to 54 percent. There are a total of 13,923 people in prison in Costa Rica.

Violence, deterioration of facilities, disease, fire risks, lack of access to sanitation, and difficult working conditions were listed as some of the negative consequences of overpopulated prisons, according to the Inter-American Court of Human Rights.

The Ombudsman’s National Mechanism for the Prevention of Torture (MNP) noted that Costa Rica’s incarceration rate of 370 people per 100,000 is the fourth highest in Latin America.

The Justice Ministry issued a statement outlining the actions it has taken to address overcrowding following the Ombudsman’s Office report, including investments to design new prison facilities and reviewing bids for a new electronic tracking system for non-violent offenders.

MNP’s April report noted that the steep increase in prison population has been in part due to reforms to Costa Rica’s criminal justice system. More than 30 percent of the current prison population is serving time issued because of the implementation of flagrancy courts and other abbreviated court proceedings.

These reforms fast-tracked some straight to prison but many there behind bars still waiting for their day in court. A sizable portion of those in Costa Rica’s penitentiary system, roughly 20 percent, are there awaiting trial, not serving sentences.

In June 2014 (when overcrowding was reported at 38 percent of capacity) the Supreme Court issued a scathing report alleging torture in La Reforma prison in Alajuela, north of the capital. Guillermo Ugalde, former penitentiary police chief, was replaced after a controversial decision absolving several guards of the death of inmate Johel Araya in 2011 at the same prison. Photo from an Ombudsman's Office inspection of the San Sebastian Prison in San José on April 15, 2015. (Courtesy Ombudsman’s Office)