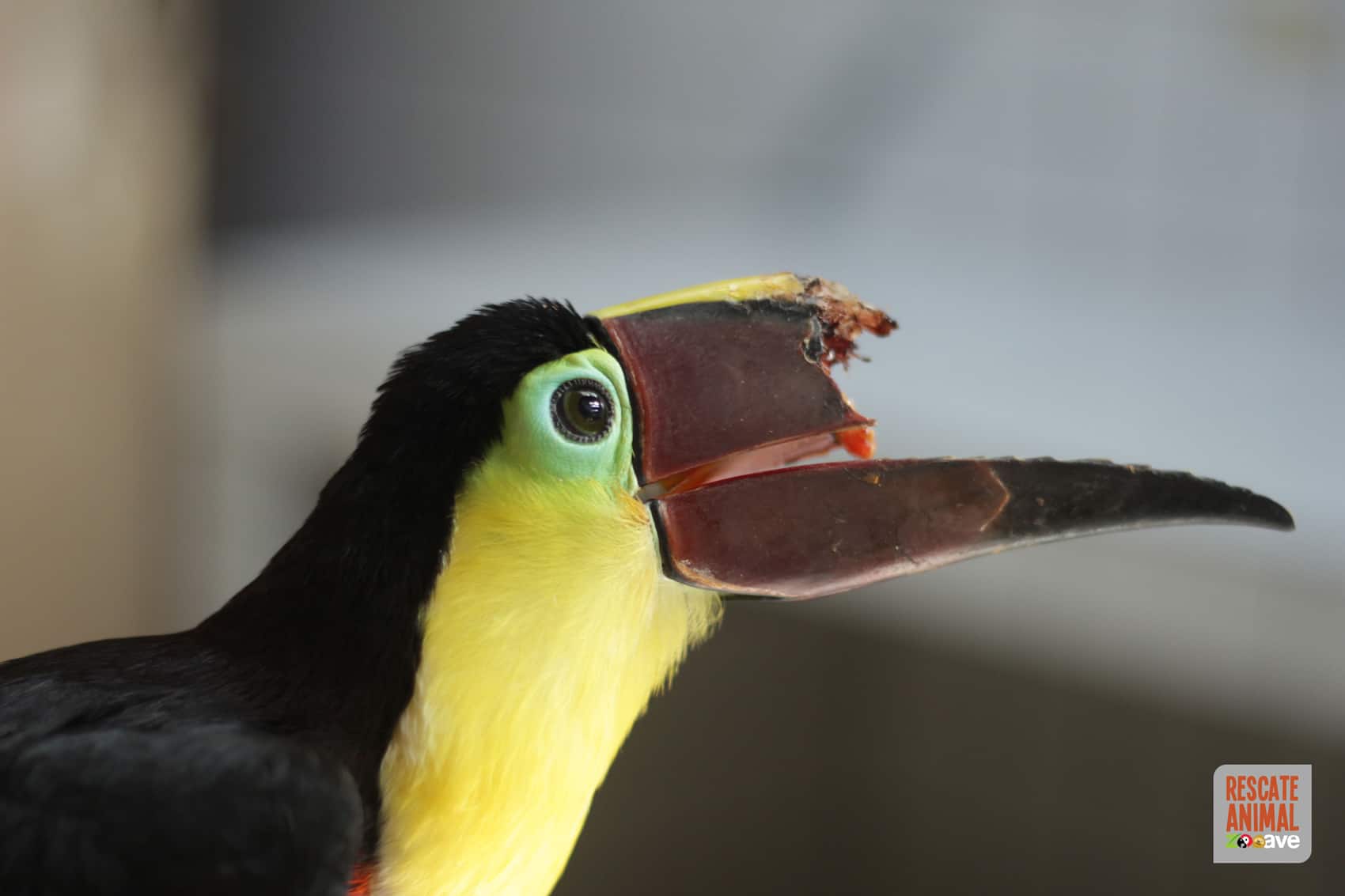 A toucan that lost more than 50 percent of its upper beak to vandals in Grecia, Costa Rica. ((Courtesy Zoo Ave))

The savage beating of a toucan has revived the urgency for lawmakers to pass an animal cruelty bill, said President Luis Guillermo Solís on Tuesday during a weekly press conference at Casa Presidencial.

Solís said that several recent cases of animal abuse were “barbarous” and “savage.” The case of a toucan that lost more than 50 percent of its beak when a group of teenagers hit it with a stick caught international attention last week and galvanized an online campaign to raise funds for the injured avian.

“I want to take this opportunity to call on the different political fractions to come together on an agreement on the terms of this bill so that we have the tools to punish this kind of behavior that is clearly unacceptable,” the president said.

Solís presented the Animal Welfare Bill, 18,298, to lawmakers during an extraordinary legislative session that started on Dec. 1, 2014. But the bill has yet to reach the floor for a vote. The bill would increase fines and would authorize prison sentences between one and six years for the intentional harming, torture or killing of an animal or making a spectacle of the former.

The injured toucan was a wild animal living in Grecia that was kept as a kind of pet by locals in Grecia who would feed it, said Hugo Alonso, a spokesman for the Zoo Ave Animal Rescue Center, where the bird is recuperating. Because the bird was familiar with people it did not initially fly away when a gang of children hit it with a stick. Alonso said that the bird would not regrow the beak.

An Indiegogo campaign raised $6,459 to fund a prosthetic beak for the bird at press time, reaching its $5,000 goal in less than 48 hours using the hashtag #savethetoucan on social media.

Said Solís: “These acts go against the respectful and peaceful society that characterizes Costa Rica.”