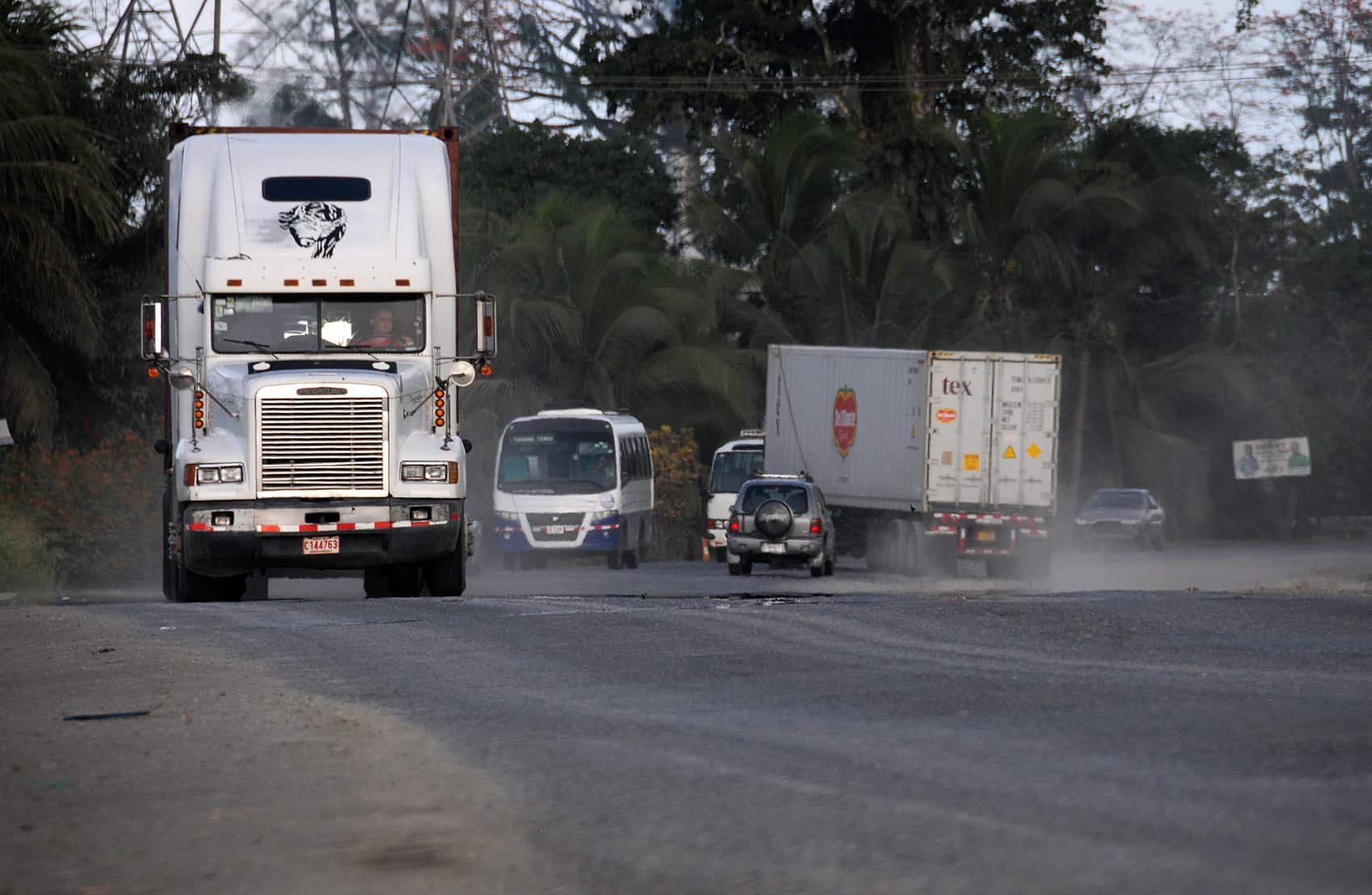 Route 32 is the most important access road to the Caribbean and some 60,000 vehicles use it daily. (Lindsay Fendt/The Tico Times)

A tropical rainstorm triggered a landslide on Costa Rica’s Route 32 between San José and the Caribbean port of Limón at approximately 8 p.m. on Sunday, officials from the Public Works and Transport Ministry (MOPT) reported. According to MOPT’s website, the road is completely blocked and no vehicles are able to pass. No injuries were reported.

Along with the traffic delays, the landslide forced a Limón court to further delay the Jairo Mora murder trial. Seven men charged with the murder of Mora, a 26-year-old sea turtle conservationist, are awaiting a verdict from a three-judge panel after numerous delays, including the misplacement of key evidence.

According to court officials, several members of the defense team were unable to arrive from San José on time due to the road’s closure. If Route 32 is cleared, the court will reconvene on Tuesday.

MOPT workers began removing rocks and trees from the road at 6 a.m. on Monday, and the ministry hopes to have the route open by noon.