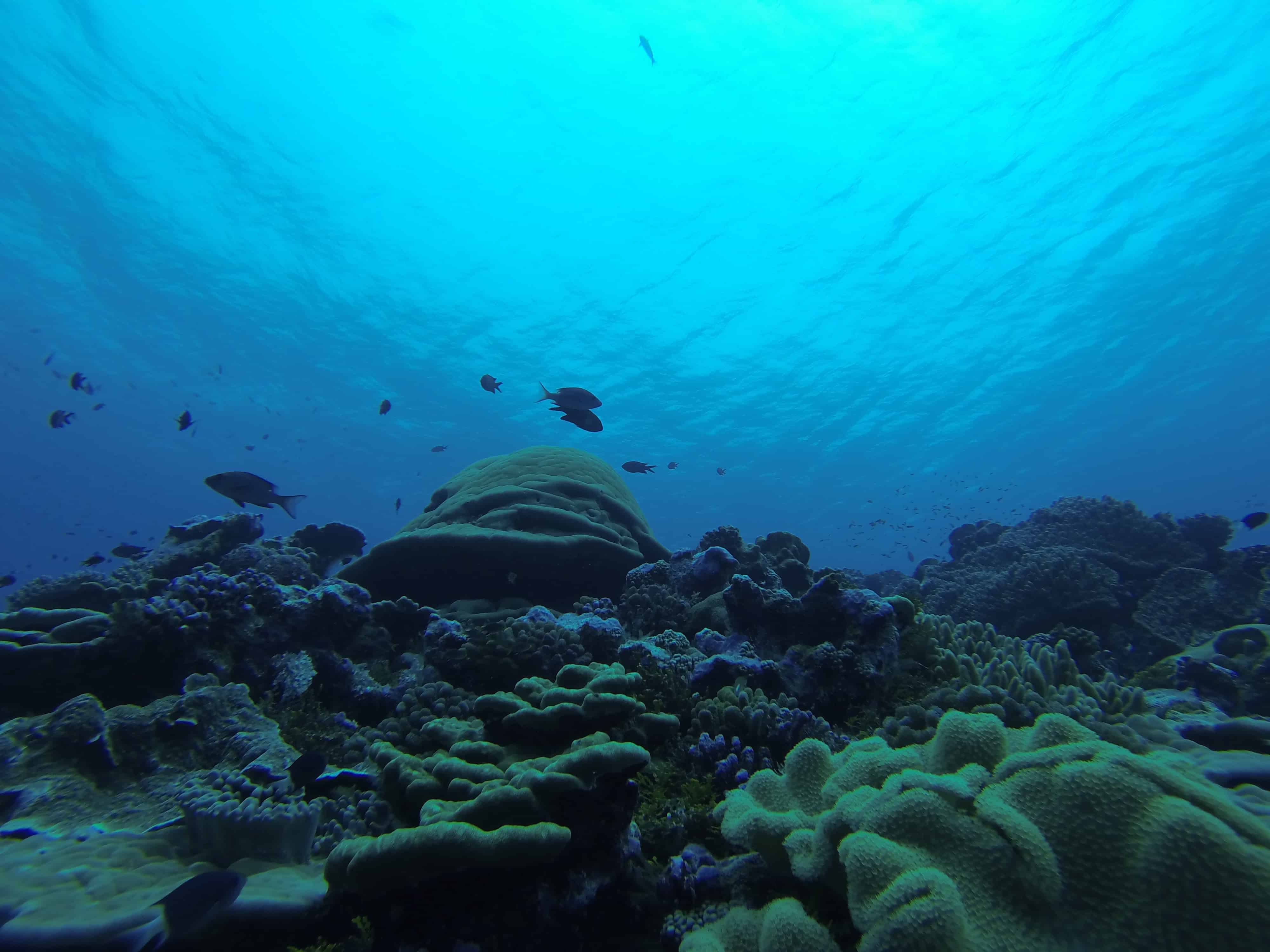 A coral reef on the Kingman Reef, part of the Pacific Reefs National Wildlife Refuge Complex in the U.S. ((Courtesy Susan White/U.S. Fish and Wildlife Service))

WASHINGTON, D.C. –  U.S. President Barack Obama on Tuesday will announce his intent to make a broad swath of the central Pacific Ocean off limits to fishing, energy exploration and other activities, according to senior White House officials.

The proposal, slated to go into effect later this year after a comment period, could create the world’s largest marine sanctuary and double the area of ocean globally that is fully protected.

The announcement — details of which were provided to The Washington Post — is part of a broader push on maritime issues by an administration that has generally favored other environmental priorities. The oceans effort, led by Secretary of State John Kerry and White House counselor John Podesta, is likely to spark a new political battle with Republicans over the scope of Obama’s executive powers.

The president will also direct federal agencies to develop a comprehensive program aimed at combating seafood fraud and the global black-market fish trade. In addition, the administration finalized a rule last week allowing the public to nominate new marine sanctuaries off U.S. coasts and in the Great Lakes.

Obama has used his executive authority 11 times to safeguard areas on land, but scientists and activists have been pressing him to do the same for untouched underwater regions. Former president George W. Bush holds the record for creating U.S. marine monuments, declaring four during his second term, including the one that Obama plans to expand.

Under the proposal, the Pacific Remote Islands Marine National Monument would be expanded from almost 87,000 square miles to nearly 782,000 square miles — all of it adjacent to seven islands and atolls controlled by the United States. The designation would include waters up to 200 nautical miles offshore from the territories.

“It’s the closest thing I’ve seen to the pristine ocean,” said Enric Sala, a National Geographic explorer-in-residence who has researched the area’s reefs and atolls since 2005. Obama has faced criticism from a variety of groups — including cattle ranchers, law enforcement officers and ATV enthusiasts — over his expansion of protections for federal lands. The ocean area under consideration, by contrast, encompasses uninhabited islands in a remote region with sparse economic activity.

Even so, the designation is expected to face objections from the U.S. tuna fleet that operates in the region. Fish caught in the area account for up to 3 percent of the annual U.S. tuna catch in the western and central Pacific, according to the Pew Charitable Trusts. When Bush created the monument in 2009, he exempted sport fishing to address industry opposition.

Podesta said a public comment period over the summer will allow the Commerce and Interior departments to “fully understand the commercial activity out there” and modify the plan if necessary.

Kerry said Monday that the United States and other nations need to take bolder steps to protect marine habitat and combat other threats. “If this group can’t create a serious plan to protect the ocean for future generations, then who can and who will?” he asked during an appearance at a State Department oceans conference.

On Capitol Hill, some Republicans have sought to limit the administration’s ability to influence offshore activities, viewing it as another attempt by the president to test the limits of White House power.

“It’s another example of this imperial presidency,” House Natural Resources Committee Chairman Doc Hastings, R-Wash., said in an interview, noting that Obama established a National Ocean Policy during his first term to coordinate competing interests at sea. “If there are marine sanctuaries that should be put in place, that should go through Congress.” For the past 5 1/2 years, the administration has focused on the nuts and bolts of marine issues, aiming to end overfishing in federally managed fisheries and establishing a new planning process for maritime activities. This week’s State Department ocean summit launches what officials there call a broader “global campaign” to address the problems of overfishing, pollution and ocean acidification.

“When the president is besieged by the problems as this administration has faced, it’s tough to keep your focus on ocean policy,” said former Defense Secretary Leon Panetta, who co-founded the Joint Ocean Commission Initiative nearly a decade ago while in Congress. “That’s the problem, you just can’t afford to put oceans on the back burner.”

No other country governs more of the sea than the United States, which controls more than 13 percent of the ocean area overseen by nations. And only China consumes more seafood each year.

The potential expansion area would quintuple the number of underwater mountains under protection. It would also end tuna fishing and provide shelter for nearly two dozen species of marine mammals, five types of threatened sea turtles, and a variety of sharks and other predatory fish species.

Other countries are moving ahead with their own marine reserves. The British government is considering creating a sanctuary around the Pitcairn Islands — an area in the Pacific inhabited by descendants of the mutineers from the HMS Bounty and their Tahitian companions — according to people briefed on the decision. A shipwreck at the Palmyra Atoll National Wildlife Refuge as seen from air in April 2011. A pontoon barge grounded at Palmyra Atoll since the 1950s had disintegrated over decades into small shale-like pieces of rust. The most viable option for its removal involved days of manual labor for team members as they shoveled 277,800 pounds of debris into buckets and totes. Graeme Gale/Island Conservation

Anote Tong, president of the small Pacific island nation of Kiribati, announced Monday that he will close an area roughly the size of California to commercial fishing by the end of this year. “It’s our contribution to humanity,” Tong said in an interview.

Pew Charitable Trusts Executive Vice President Joshua Reichert said Obama should also consider expanding the borders of the monuments Bush created in the Northwestern Hawaiian Islands and the Marianas Trench. He said the 1906 Antiquities Act, which allows such designations, is “one of the great equalizers in the ongoing struggle to preserve some of the best examples of America’s natural heritage. Without it, many of these places would long ago have succumbed to the pickax, the chain saw, and the dredge, leaving us all poorer as a result.”

Ben Halpern, an environmental science professor at the University of California at Santa Barbara and the lead scientist for the Ocean Health Index, said maritime issues rank low on politicians’ priority lists because people are disconnected from the sea. “Every single person on the planet benefits from the health of the ocean, but most of them don’t realize it,” he said.

The National Oceanic and Atmospheric Administration’s chief, Kathryn Sullivan, said her agency has focused on increasing the ability of coastal communities to cope with climate change and on monitoring how the marine ecosystem is being transformed. “Data are critical to all of it,” she said.

George Cooper, a lobbyist for the recreational fishing industry, said NOAA has made strides but still overstates the economic impact of the commercial fish industry by comparing the combined imported and domestic seafood trade to U.S. sport fishing.

Budget constraints and congressional opposition also remain obstacles for the administration. During a panel last week for Capitol Hill Ocean Week, Rep. Sam Farr, D-Calif., said NOAA might have to consider “changing its name to NAA” because of cuts to its “wet side.”

William Ruckelshaus, a co-chair of the Joint Ocean Commission Initiative, who served as the Environmental Protection Agency administrator under Presidents Richard M. Nixon and Ronald Reagan, said the new flurry of activity on maritime issues could represent an important shift.

“These kinds of issues only get elevated if the president puts it high on his priority list,” he said.