Home Animals Monteverde herpetarium: Fall in love with snakes all over again

Here’s a very scary rattlesnake, there’s a very dangerous fer-de-lance, and here are some coral snakes so beautiful you just want to pick them up and kiss them.

Marvin Montoya, 30, a tour guide here who has been studying reptiles and amphibians for 14 years, is often asked how many species of snakes Costa Rica has and how many are poisonous.

“It’s a controversy, but they say there are between 139 and 142 species, of which 22 are poisonous,” he said. “We have 11 families, and only two families are — well, they’re all dangerous — but they’re not all lethal.”

The two families of poisonous snakes are vipers and corals, including the sea snake, which is a type of coral snake.

The corals have fixed fangs (makes you wonder what happens if they bite their tongues), while the vipers have mobile, retractable fangs that move independently of each other.

The vipers are more evolved than the corals, Montoya said, though certainly not as beautiful. The vipers’ dull colors appear to have evolved for camouflage, while the corals’ brilliant reds, yellows and blacks evolved for warning, not unlike the brilliant red or green-and-black poison frogs.

By the way, if you know the rhyme about coral snakes, “Red on yellow, kill a fellow; red on black, friend of Jack,” don’t trust it in this country. There are lethal coral snakes here where the red stripes are adjacent to the black. You have to turn them over and check their bellies to see if they’re harmless or deadly — and I wouldn’t recommend it.

To avoid the fangs of a killer snake in Costa Rica, it’s best to wear boots and long pants when tromping through the forest, to avoid putting your hands in places you can’t see and to beware of brushing your neck against leaves where a lethal little side-striped palm pit viper might be hanging out.

If you encounter a nonpoisonous snake and are tempted to pick it up, just remember that anything with a mouth can bite, and the mouth of any snake will contain bacteria, even if its bite is not toxic.

Here’s a virtual tour of Herpetarium Adventures, in which photos of snakes and other creatures are followed by signs that identify them. Sweet dreams! 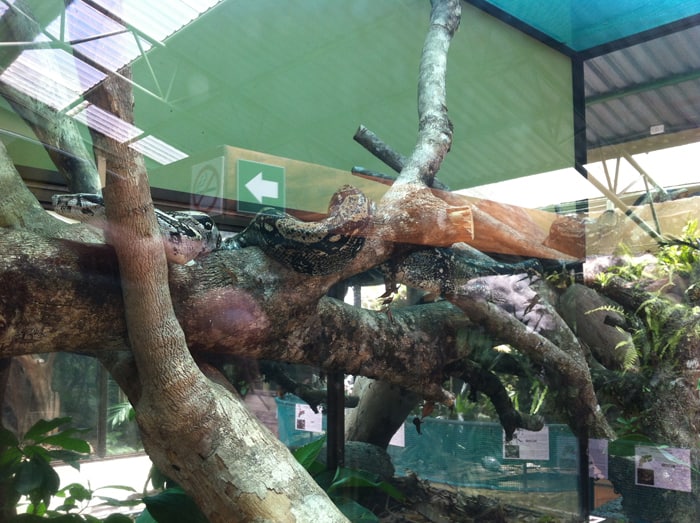 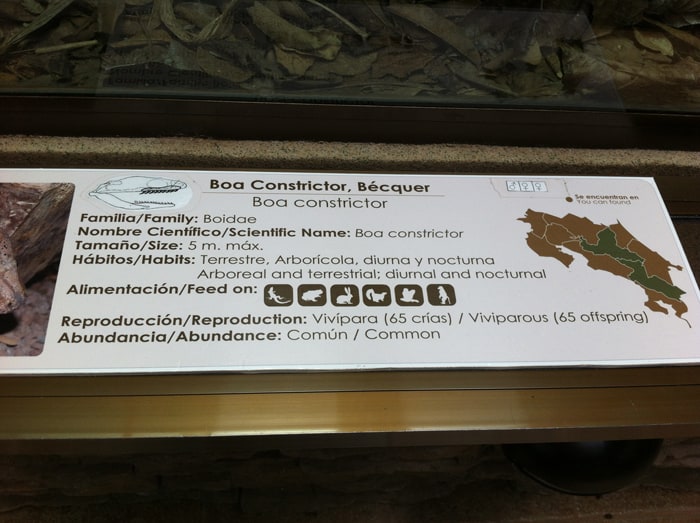 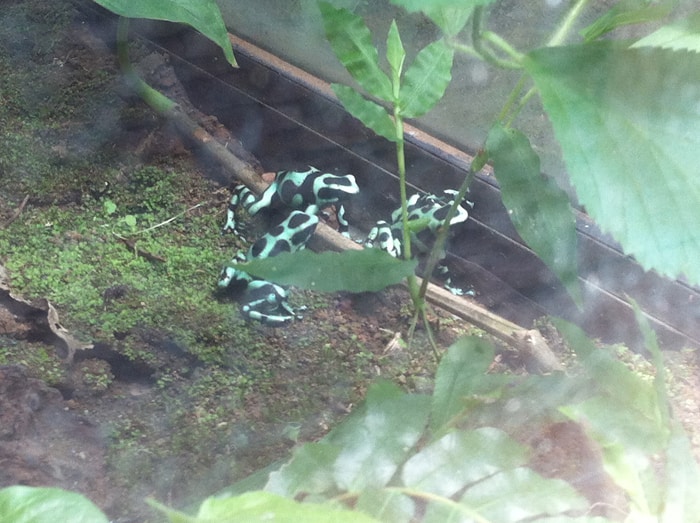 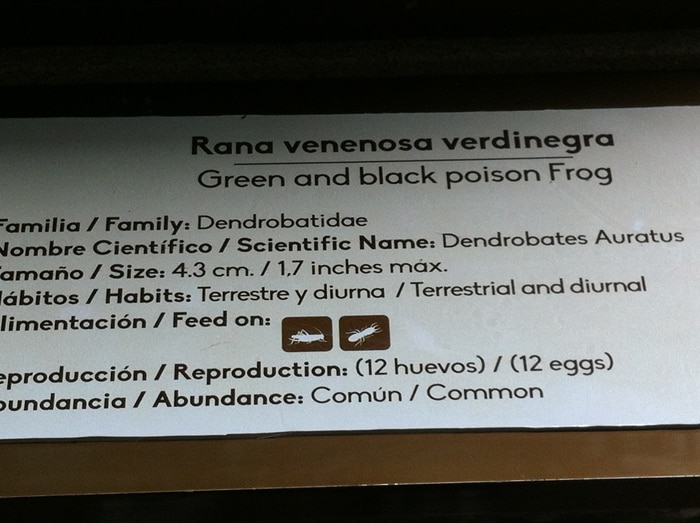 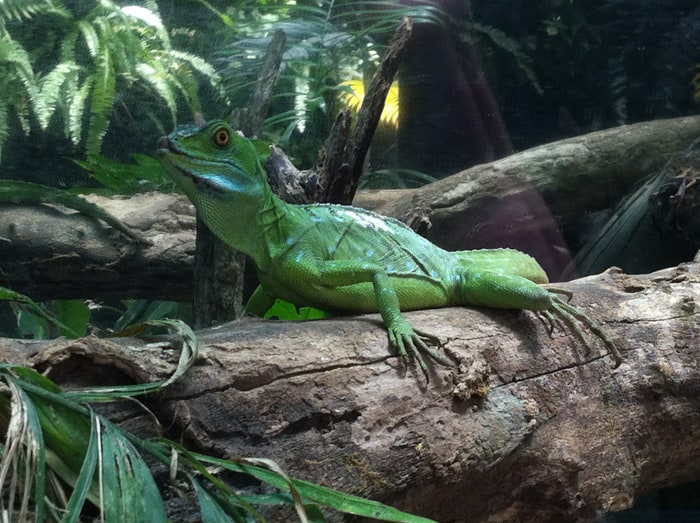 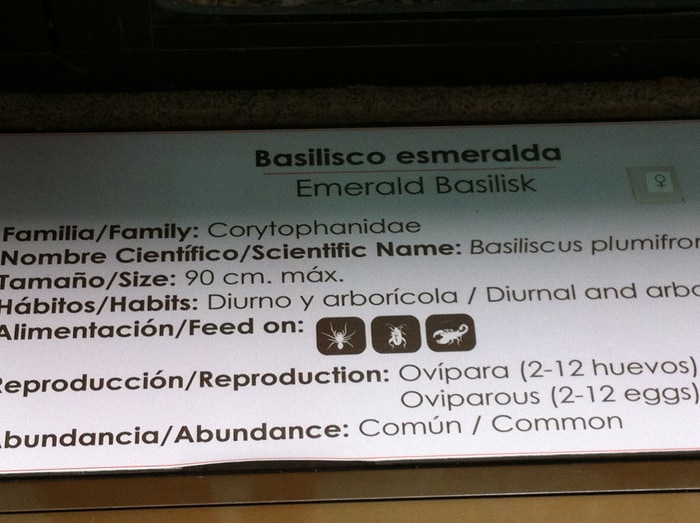 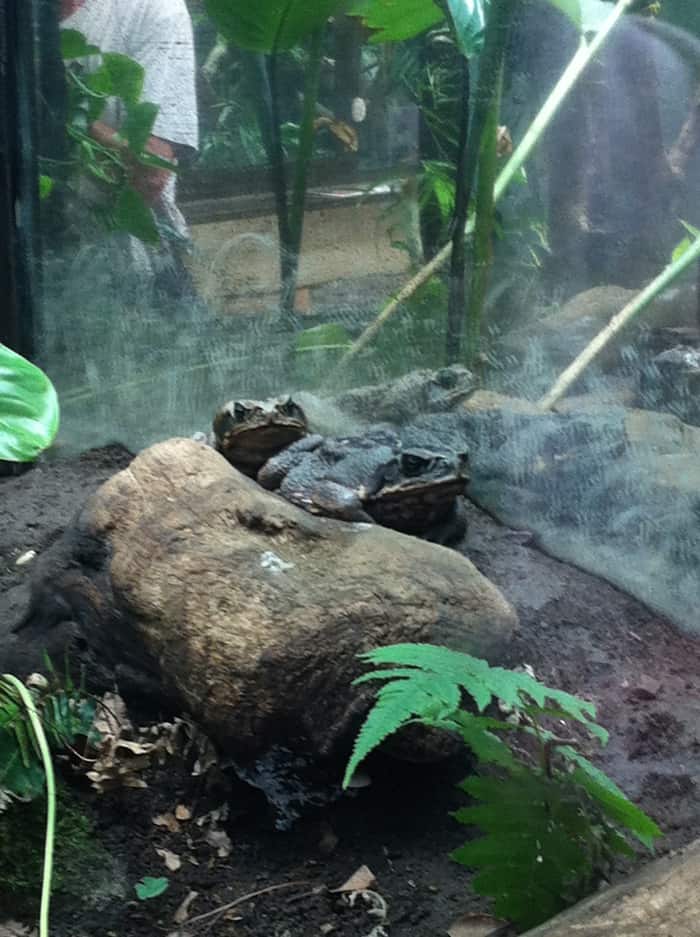 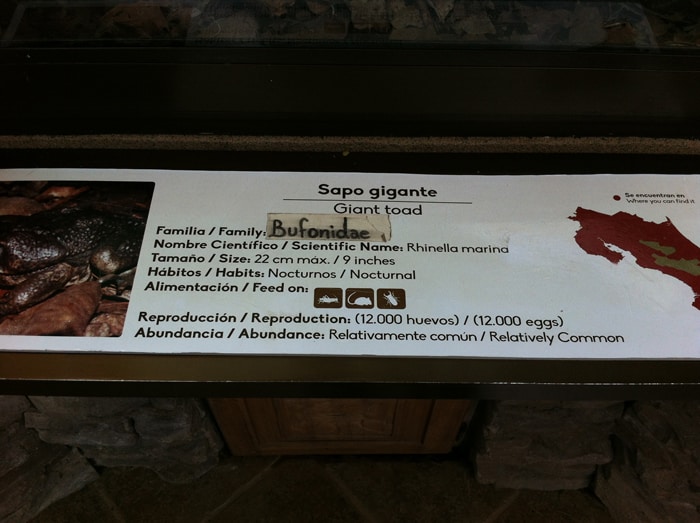 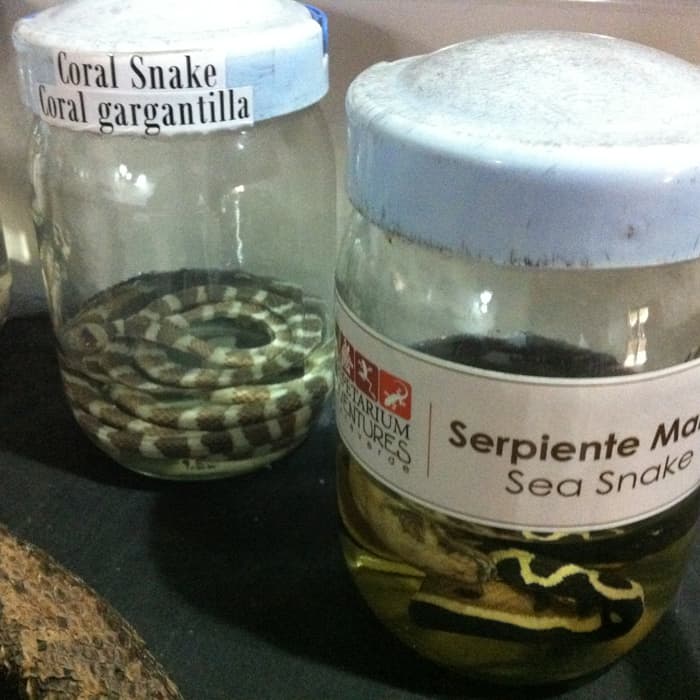 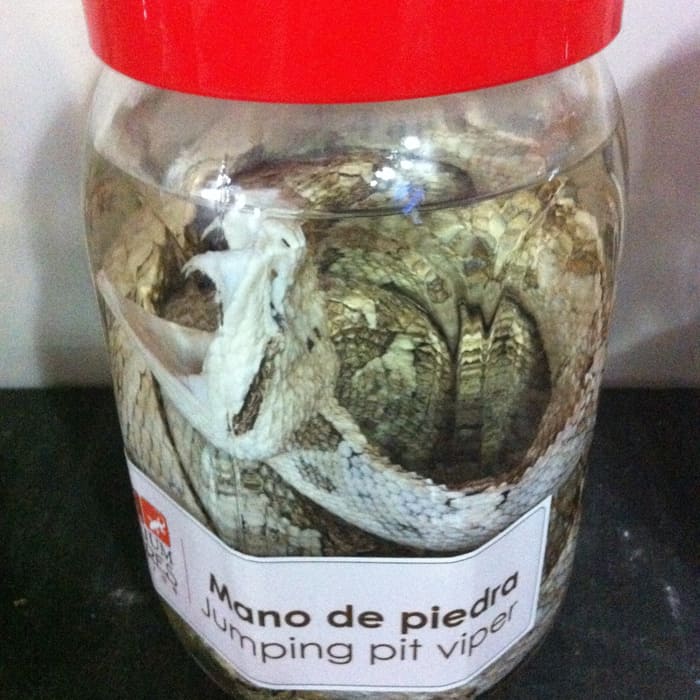 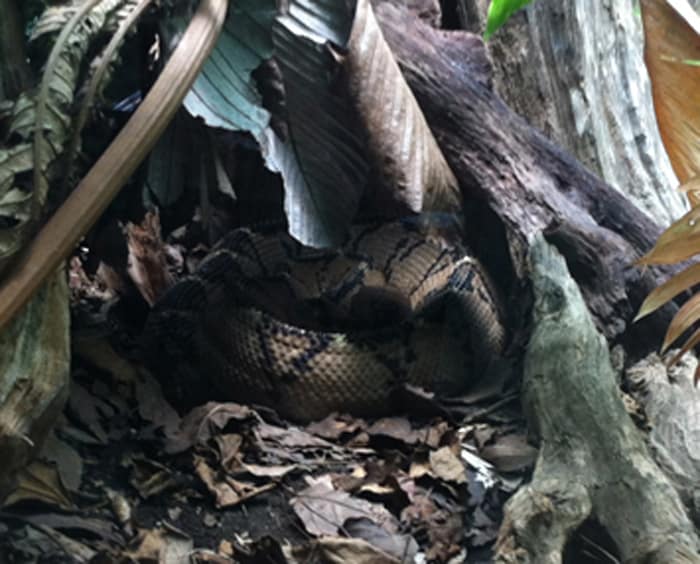 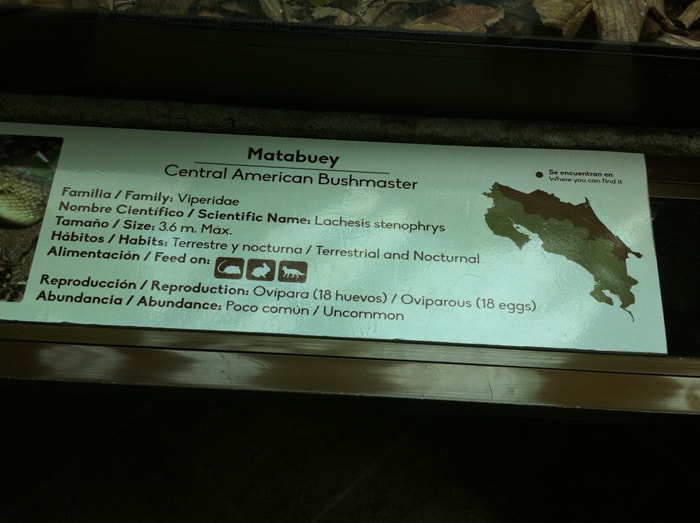 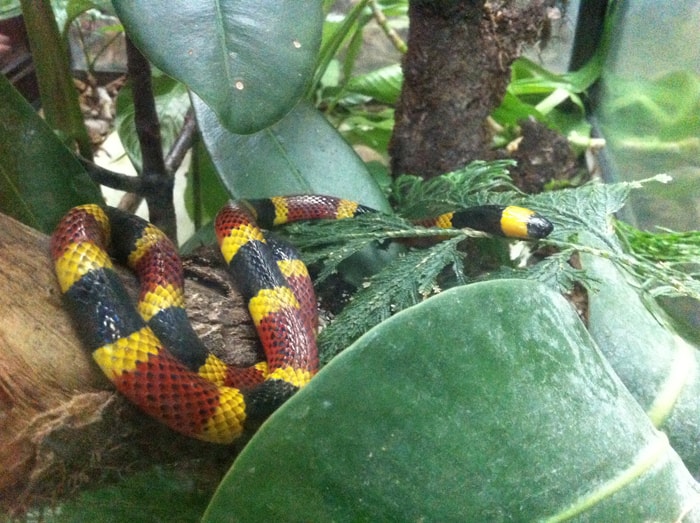 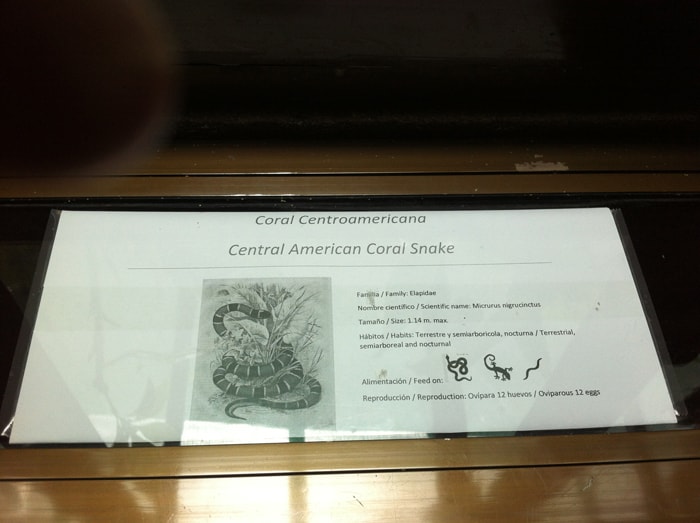 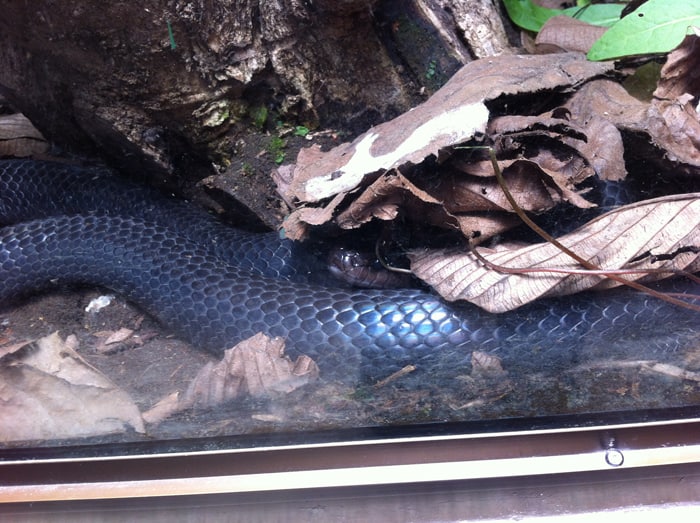 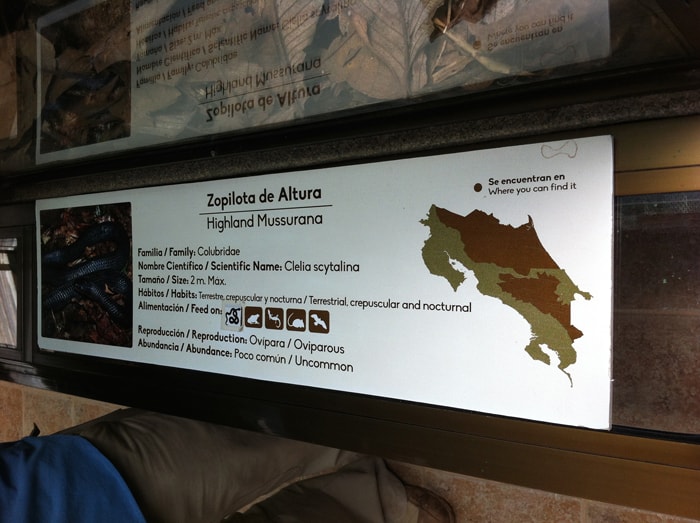 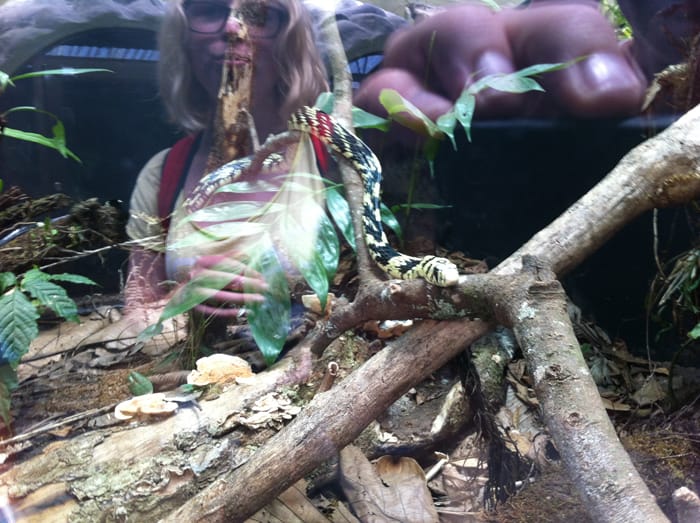 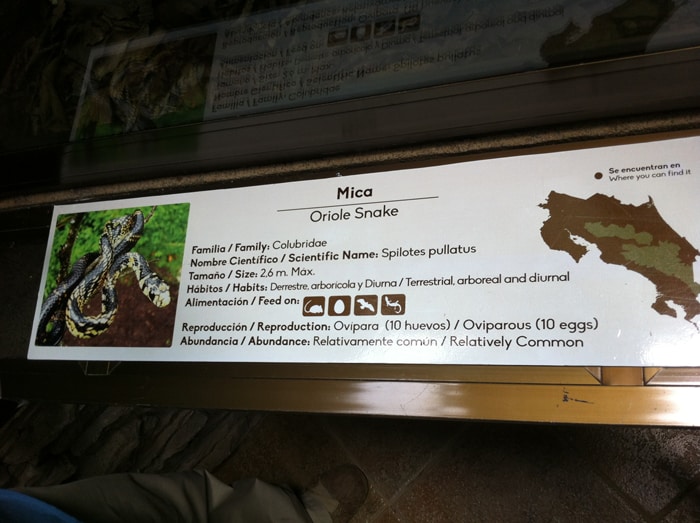 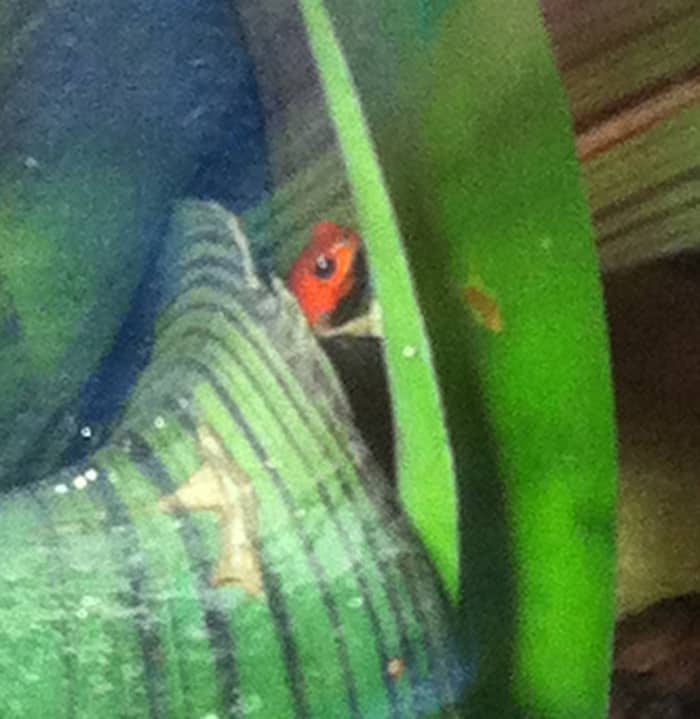 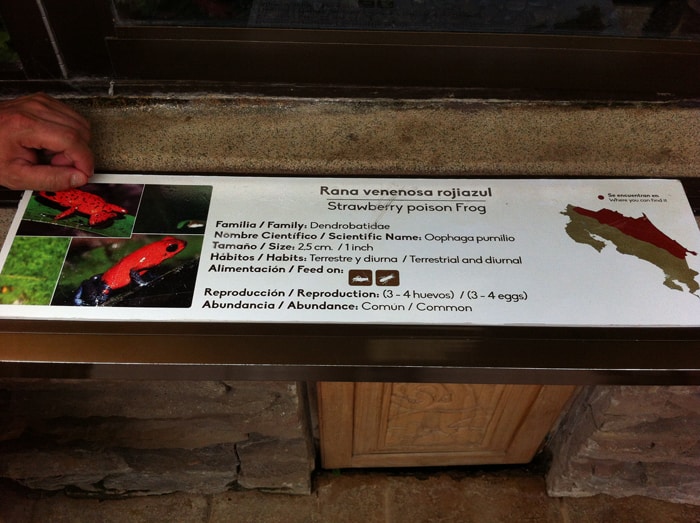 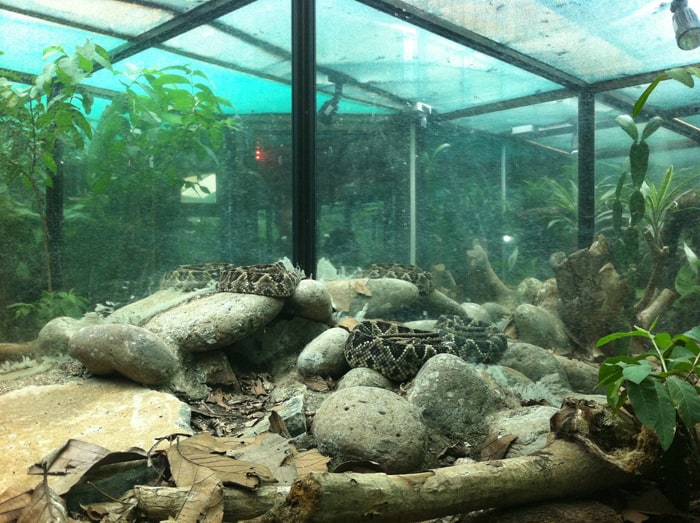 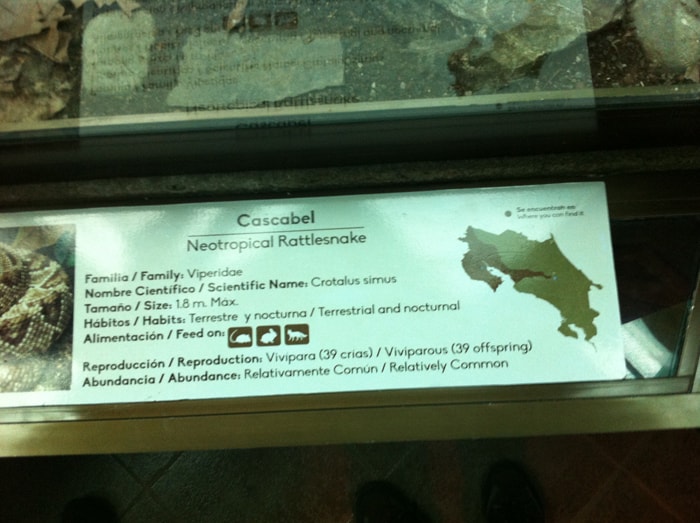 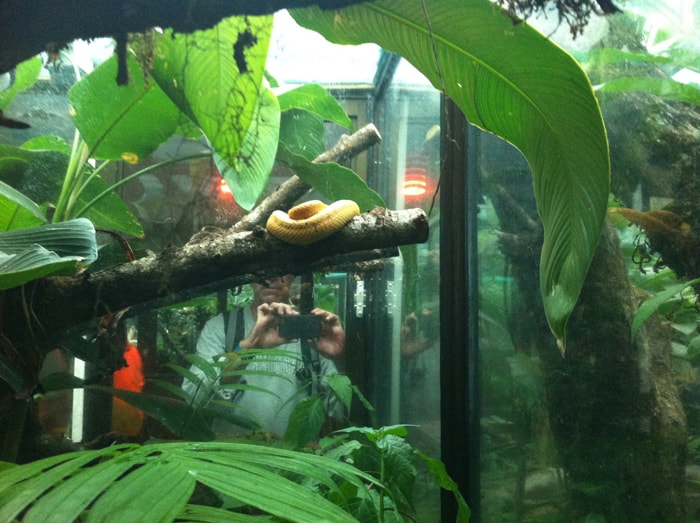 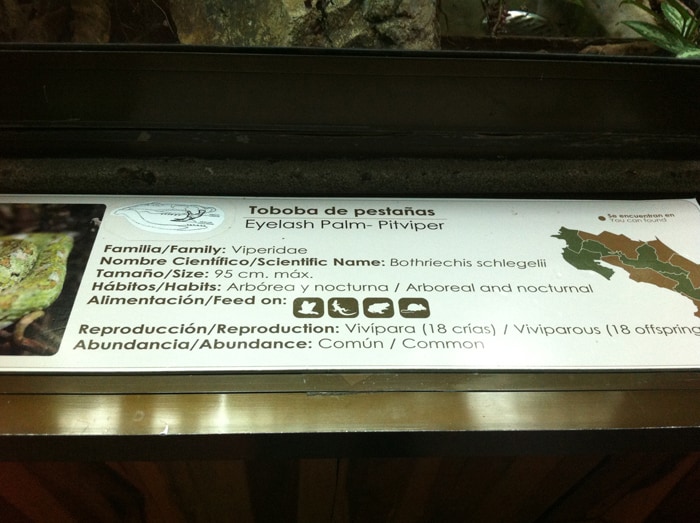 Getting there: Herpetarium Adventures is a short walk up the steep road heading east from downtown Santa Elena, recognizable by the giant snake painted on the wall.
Admission: $13 for foreigners, $8 for kids, children under 6 free; 3,180 colones for Costa Rican citizens and residents.
Website: http://www.monteverdetours.com/skytrek-monteverde-herpetarium.html