Turning my home into a bed & breakfast: 4 things to consider 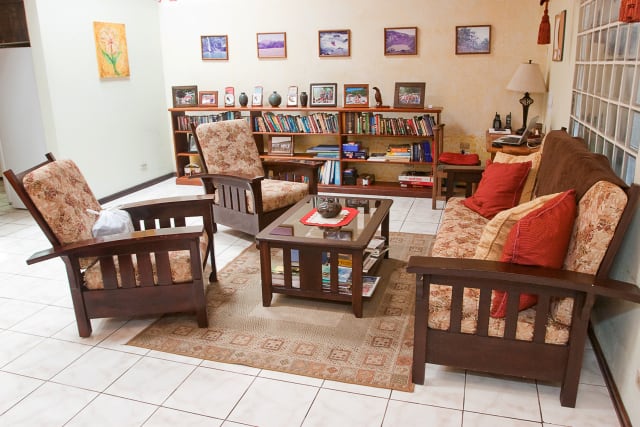 The living room of a B&B in Turrialba, near the Turrialba Volcano. (Ronald Reyes/The Tico Times)

Starting your own bed & breakfast could be a fabulous idea, especially if you own a large house in the right location. Not to mention the additional income can come in handy, so long as you’re a people person.

Unfortunately, converting your house into a bed & breakfast might not be so simple. Potential zoning restrictions and other issues covered below could throw a snag into your plan.

Cities with a zoning plan will allow a commercial enterprise only in a commercial location. Your neighborhood is probably zoned residential, but that doesn’t necessarily imply you cannot run a bed and breakfast in your home. Many cities allow for a bed and breakfast to have up to five bedrooms in their zoning plans. This means that you can rent out five rooms as a bed & breakfast and maintain any additional space for your personal use. In case you have an attached or detached apartment or caretaker’s house, you can rent this out long term (three years) without breaking the law.

So before you make any plans of converting your house into a B&B, make sure you go to your municipality and ask for their plan regulador, or zoning plan. You do have to apply for a small business license at your municipality called a patente.

Your location is very important. Most guests who book at a bed and breakfast stay only a limited amount of days in one place. Very few guests will stay a whole week with you, unless you are at a beach location. The closer you are to an international airport or a beach, the easier it will be to find clients. Mountain locations as well as being two hours away from an airport will make your job that much harder, unless you have a special attraction nearby, like a volcano.

If you are nearby San José, you can try to market to the local expats who live near the beaches, since they will have to go to the city for doctor, dentist, hospital and lawyer visits.

The era of the Internet has made marketing a little bit easier for a dedicated person, but also competitive. Large companies like TripAdvisor, Expedia.com, Booking.com, VRBO.com, and Bookit.com are your largest competitors. Spending $500 on a website and expecting it will appear on Google or Yahoo with a top ranking is a dream, but getting your bed & breakfast listed on those websites for a commission or at specialized websites like Anywhere Costa Rica or BedandBreakfast.com will get you going at a much lower cost.

4. Run your B&B from a hammock

Many expats dream about moving to Costa Rica, living in paradise and running a bed and breakfast from a hammock. Believe me, it doesn’t happen like that. Owning a B&B and making money is hard work, and it never stops. And keep in mind vacationing becomes difficult when you’re constantly serving travelers. You also need to be a people person. Otherwise you might have a hard time getting referrals, which is essential in the bed & breakfast business.