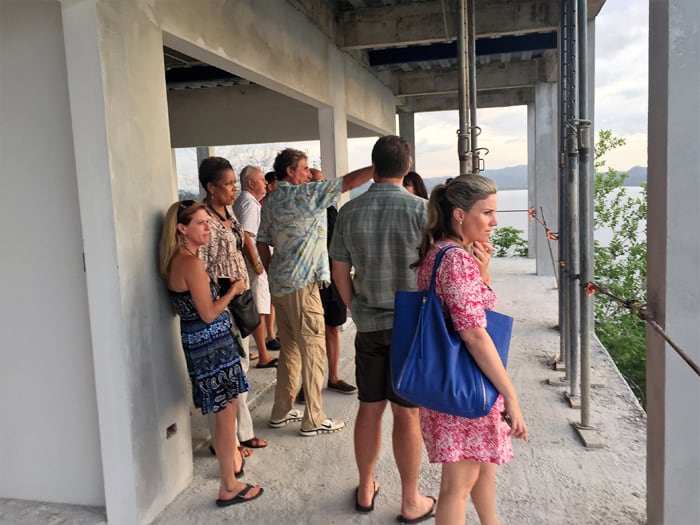 “This strategy recognizes that the opportunities and challenges in Costa Rica’s emergence as a first-world, global investment destination will require the talents of all of its Realtors, working together,” said Allen Lungo, CRGAR president. Libertarian Movement lawmaker Evita Arguedas, the party’s leader within the Legislative Assembly, was elected Vice-President for the Americas of the International Network of Liberal Women during a conference in Morocco last week.

Arguedas, 45, became the first Latin American to hold such a high rank within the Spain-based organization, according to a statement from the Libertarian Movement. The group, made up of women worldwide who support the principles of liberalism, seeks to support members’ political activism and “eliminate all practices and laws which damage women’s hopes of a full life,” according to www.inlw.org. Recent campaign targets have included female genital mutilation, forced marriages and domestic violence.

Arguedas said her election shows “recognition of American women, who are the standard-bearers for change and the transformation of our societies.”

Ronaldo Alfaro, secretary general of the party, said the election also serves as a tribute to Arguedas’ career. She is the first woman to represent the Libertarian Movement in the assembly, and serves as the legislature’s vice-president.

Since its founding 16 years ago, CRGAR first grew in the resort areas of the Pacific coast, carefully adding members willing to work within the laws of Costa Rica and the professional standards of the National Association of Realtors (NAR USA). Expats were joined by bilingual Costa Rican members working in these areas, because all daily business was conducted in English. Now, CRGAR has decided to welcome all Costa Rica’s Realtors by offering its programs and services nationwide to those who speak only Spanish.

To demonstrate this commitment:

1) CRGAR will offer its first association Realtor Training Classes in Spanish in San José before the end of April. The classes will be taught in cooperation with BLP Abogados, by a team of attorneys under the direction of Carlos Angulo, who said, “CRGAR training has always involved attorneys, so each new set of classes includes the latest legal developments affecting Realtors and properties.” In 2016, CRGAR and BLP redesigned the classes into 10 more effective modules, taught over two full days. The modules also will be taught in English in Jacó (April 3-4) and Flamingo (April 5-6). Contact crgarrealtors@gmail.com for details concerning all three locations.

2) CRGAR is creating a Spanish version of its website, www.CRGAR.com, for member communication, member and sponsor profiles, upcoming events and links to member listings. The Presidents of Central American inaugurated the XII International Anti-Corruption Conference in Guatemala City Wednesday, and then traveled to the famed archaeological site of Tikal to discuss reforms to regional integration plans.

At the anti-corruption conference, Arias and the Presidents of Guatemala, Honduras, El Salvador, Nicaragua and Panama vowed to rid the region of corruption by 2010. The countries signed a similar agreement 10 years ago, said Guatemalan President Oscar Berger, but “today, Central America reaffirms our commitment to fight corruption and double our efforts toward transparency.”

Going into the integration summit, Arias stood alone on more than one issue up for discussion. Costa Rica is only country in the region that does not belong to the Central American Parliament (PARLACEN), founded in 1991 and slated for reforms; Arias has repeatedly said it has not contributed to the region’s development, and criticized the immunity it affordsPresidents and Vice-Presidents when theyleave office and automatically become members of the organization. Reforms considered at the summit included modifying this automatic inclusion process.

Another bone of contention: the negotiation process for an Association Agreement with the European Union, expected to start early next year. All of the Central American heads of state except Arias have agreed to the selection of Nicaraguan Foreign Minister NormanCaldera as the coordinator of negotiations.

Caldera told the daily La Nación thatNicaragua, Guatemala, El Salvador and Honduras signed on in support of hisnomination in July – when in Colombia for the inauguration of President Uribe, an event Arias also attended – and Panama, the Dominican Republic and Belize signed on afterwards.

Arias, however, maintains the countries should use the rotating spokesman system the region employed when negotiating the Central American Free-Trade Agreement with the United States (CAFTA) in 2003.

“We’ll see if one country can convince seven countries that already signed an agreement,” Caldera said recently of Arias’ opposition, according to the daily.

A statement Wednesday from Costa Rica’s Casa Presidencial indicated that the heads of state are now evaluating the rotating spokesperson model, with further discussion to take place Dec. 15 when the heads of state meet again in San José.

Negotiations with the European Union are scheduled to begin in January.

Today and tomorrow, Arias is scheduled to participate in a meeting with three fellow Nobel Peace Prize-winners – Rigoberta Menchú (1992), Betty Williams (1976) and Jody Williams (1997) – and 5,000 young people in the capital. The event will honor the 10th anniversary of the Guatemalan Peace Accords, which ended the country’s civil war Dec. 29, 1996.

Arias, who won a Nobel Peace prize in 1987 for his efforts to bring peace to Central America, is expected to return to Costa Rica tomorrow.

3) For six years, CRGAR has maintained its listing database on the Proxio platform. Proxio allows all listings to be viewed in 20 global languages, including English and Spanish, while syndicating them to more than a dozen global real estate portals. Members are also connected with more than 600,000 global agents who also use Proxio. Look for the “Property MLS” tab on www.CRGAR.com.

4) The next CRGAR General Assembly in April will be offered with English and Spanish translation to involve all members.

5) On July 2-7, CRGAR will offer its seventh consecutive Real Estate Institute at the Flamingo Beach Resort. NAR-approved classes will be taught, which lead to the designation of “Certified International Property Specialist” (CIPS) and the certification of “Resort and Second Home Property Specialist” (RSPS). For the first time both classes will be taught in English and Spanish, simultaneously in separate conference rooms. The instructors will be David Wyant (English) and Carlos Fuentes (Spanish). For the brochure in either language, email crgarrealtors@gmail.com. Chief Prosecutor Francisco Dall’Anese shares the lead in the race for a seat on the Penal Chamber of the Supreme Court (Sala III).

Justices are elected to eight-year terms by a two-thirds majority in the Legislative Assembly. The assembly’s Nomination Commission rates all candidates using a point system based on an interview, academic background, law experience, teaching and published works. The commission then recommends three candidates, at least one of whom must be a woman, to the whole assembly for voting.

Dall’Anese received 88 points out of 100 in this rating process, tied with judge Ronald Salazar. Judge Rosaura Chinchilla received 66 points and became the commission’s third recommendation, according to the daily La Nación.

Dall’Anese’s decision to seek a Sala III seat has been highly publicized, thanks to his role as the leader of corruption investigations involving two ex-Presidents and a host of other public figures.When former heads of state Rafael Angel Calderón, Jr. (1990-1994) and Miguel Angel Rodríguez (1998-2002) were arrested and imprisoned in 2004, the soft-spoken leader of the Chief Prosecutor’s Office took center stage and was named Newsmaker of the Year by the dailies La Nación and Al Día.

More than two years later, the investigations are still under way, and the ex-Presidents are out on bail. They are accused of having accepted kickbacks related to foreign companies’ public contracts in Costa Rica, but prosecutors have not yet formally charged them with any crime.

During his interview with the Nominations Commission Nov. 9, Citizen Action Party (PAC) legislator Olivier Pérez asked Dall’Anese if his departure would have a negative impact on the investigations.

“I’m not fleeing from anything,” Dall’Anese replied, according to a statement from the assembly. “Every time one leaves a public office, there are always pending cases, and no one can stay captive to a position because there are obligations to meet.”

He told Al Día he would not participate in reviewing the ex-President’s cases if they should ever reach the Sala III.

Legislators from the leading National Liberation Party (PLN) are keeping mum about whether they’ll give the Chief Prosecutor their vote, according to Al Día. However, the members of the anti-corruption Citizen Action Party (PAC) have thrown their support behind him.

A third ex-President accused of involvement with a corruption scandal, José María Figueres (1994-1998), has been out of the country since the investigations began but is rumored to be returning next month for his daughter’s wedding. PAC legislator Alberto Salom told Al Día he would ask Figueres to explain payments he allegedly accepted related to a telecommunications contract here.

However, the Judicial Branch has issued no arrest warrant for Figueres, who is classified as a “suspicious witness” in the case that temporarily put Rodríguez behind bars.

6) CRGAR also notes that its membership offers an equally valid status as a “Realtor” in Costa Rica, as do all legal real estate associations. Members are screened as they apply to prove legal working status in Costa Rica and receive carnet IDs, confirming their status. And, as an all-volunteer Realtor association, CRGAR works to keep overhead costs low, so member fees are as affordable as possible. Rates for membership, training, special events and a premium level Proxio account are available by emailing crgarrealtors@gmail.com.

Becky Clower, CRGAR vice president and dual U.S.-Costa Rican citizen, offered the following thoughts: “It must also be said that all CRGAR members love Costa Rica, consider it a privilege to live and work here, and try to include fun in everything we do. We accept the responsibility to make Costa Rica a better place during the time we share it. Professional friends you can trust are the blessings in anyone’s career. All of us at CRGAR look forward to counting our Spanish-speaking Costa Rican colleagues among our blessings.”