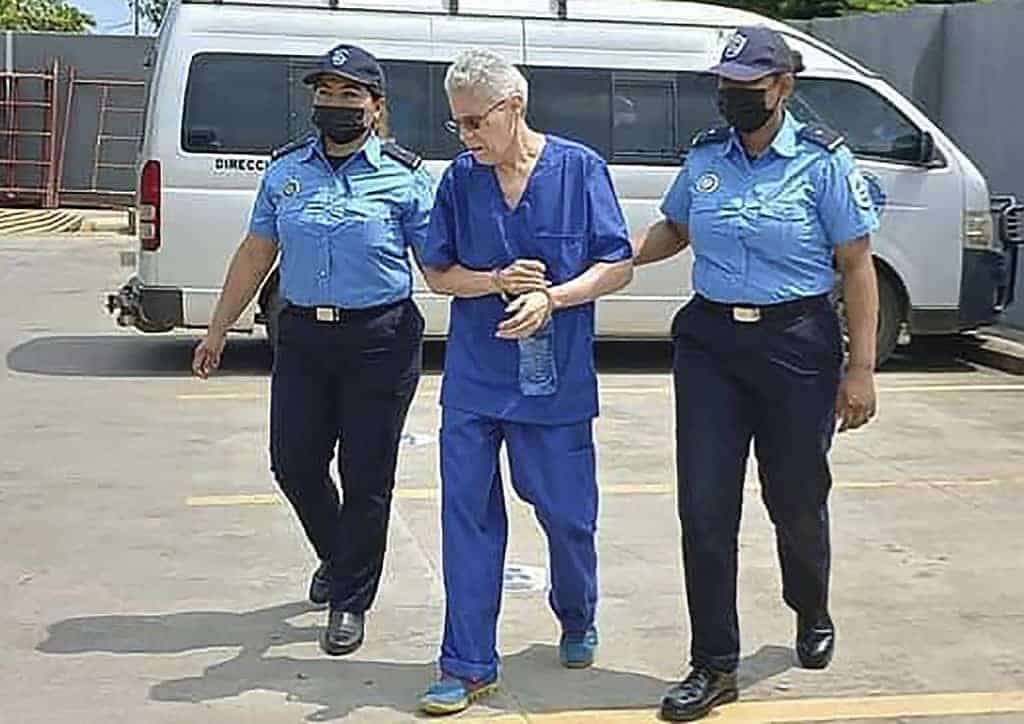 The prison conditions of more than 40 Nicaraguan opponents held in a Managua jail have improved and they have been allowed for the first time to “see and embrace their children,” their relatives said Wednesday.

“After a year and a half, our (imprisoned) relatives were allowed to see and hug their minor sons and daughters who reside in Nicaragua, as well as (make) video calls with relatives who are outside the country,” they said in a statement.

They say that in recent weeks they have been “guaranteed the right to a sunny patio and food rations have increased. Likewise, in several cases, better mattresses, blankets and pillows have been allowed to enter.”

“Letters and photographs were also allowed in,” says the statement issued by the relatives of the opponents who are being held in the Directorate of Judicial Assistance (DAJ) of the Managua police, known as the Nuevo Chipote.

In this prison, the opponents are serving sentences of up to 13 years for undermining national integrity, conspiracy and other crimes attributed by the government, for which they were prosecuted last year.

“We trust that regular family visits, including minors, will continue to be the general practice, as we have seen the importance of the children maintaining contact with their mothers and fathers,” said the prisoners’ relatives.

They specified that they were able to see the detainees on three occasions in the last month, on dates scheduled between December 7 and January 1.

“The three visits were carried out in an atmosphere of cordiality and respect”, they detailed, adding that “there were no aggressive searches” as they alleged occurred on previous occasions.

“Appropriate technological means were used to carry out the pertinent searches,” they said.

The only detainee who was not allowed to see his daughter again at the end of the year was journalist Miguel Mendoza.

According to his family, the ban was due to the publications they made about the meetings on the social network, but that version was not confirmed by the police.

Some 235 opponents are detained in Nicaragua, most of them since 2021, among them the more than 40 who are in Nuevo Chipote, according to the organization Mechanism for the Recognition of Political Prisoners in Nicaragua.

Among those imprisoned in that facility are some former presidential candidates who intended to run in 2021 against the reelection of President Daniel Ortega, in power since 2007.

Nicaragua has been experiencing a political crisis since the opposition protests of 2018, which the government linked to a failed coup d’état promoted by Washington.