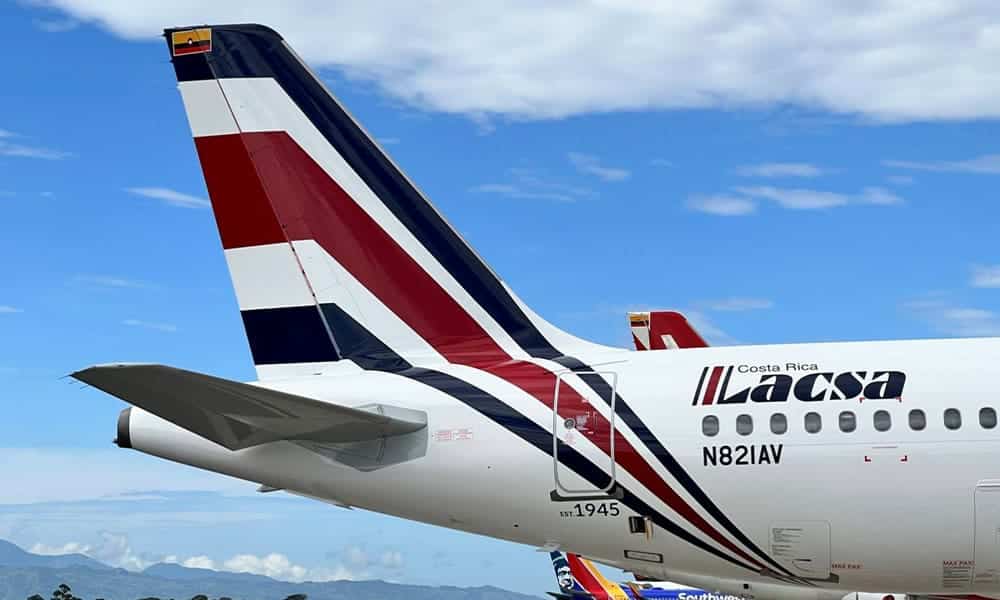 This Tuesday at 9:20 a.m., Avianca’s Airbus A320 aircraft, registration number N821AV, arrived at Juan Santamaría International Airport, paying tribute to LACSA. The plane was painted and identified with the iconic Costa Rican flag, which for years was the distinctive image of the national airline.

Nostalgia filled those over 40 and present at the Airport as they commemorated an iconic Costa Rican company.

Since its foundation in 1945, LACSA has been a milestone in Central American aviation. It was the first Costa Rican airline and began its official operation in June 1946. At that point, 3% of the shares already belonged to the Costa Rican government, and in 1949 it was officially declared a National Airline.

It was the first in the isthmus to fly the Airbus A320 and stood out for its connectivity with multiple U.S., Central American, and South American cities.

During the nineties, most of its shares were acquired by Grupo TACA. In 2009 TACA Airlines and Avianca announced their merger, with the exclusive use of the Avianca Costa Rica S.A. trade name.

“At AERIS and AIJS, we are proud to be the gateway to Pura Vida experiences for all passengers of such a particular aircraft, which symbolizes Avianca’s recognition of its origins and the commemoration of that legacy,” noted Ricardo Hernández, general director of AERIS.

In addition, he mentioned that AERIS knows the appreciation and importance of LACSA for all Ticos.

“We are also aware that it appeals to the high sentimental value that LACSA represents for Costa Ricans and the region since, at a certain moment, it prevailed as the Central American airline that offered the most destinations,” he added.

Also, Avianca previously celebrated its centenary with an airplane that recalled the painting and style of the 1950s. Earlier this month, it customized an aircraft in honor of the extinct airline Transportes Aéreos del Continente Americano S.A. (TACA).

“With this retro LACSA plane, we celebrate the Costa Rican origins that are part of our operation. We are proud to be important players in connectivity from Costa Rica and take the Pura Vida that characterizes us so much beyond our borders,” said Viviana Martin, manager of Avianca Costa Rica and director of Inter-Institutional Affairs of the airline.