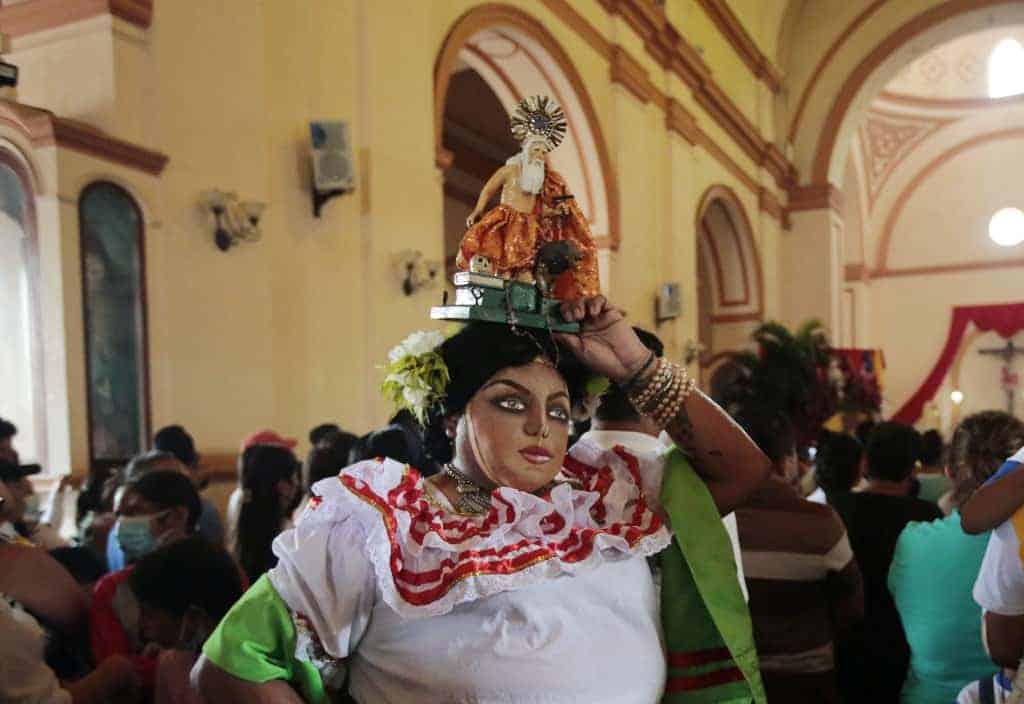 With police officers surrounding the parish, Nicaraguan Catholics celebrated this Friday San Jeronimo, the patron saint of the southern city of Masaya, without taking to the streets due to the ban on religious processions in the country.

“We are quite dismayed, but we have to be patient, God willing next year we will go out” with the saint to the streets, said to AFP the devout Harold Muñoz, who came with his family to pray for the health of his daughter who had ganglions removed from her neck.

San Jerónimo, considered the saint who heals the sick, was honored this year with a mass, dances and religious songs inside the church that bears his name in Masaya, 30 km south of Managua, after the police informed on September 19 that religious processions would not be allowed in this city for reasons of “public safety”.

According to complaints made on social networks, the ban was extended to other cities, amid growing tensions between the government of Daniel Ortega and the Catholic Church since the protests that called for the resignation of the president in 2018.

Ortega, who has attributed the protests to an alleged failed coup by the opposition, in which he alleges the bishops also participated, lashed out on Monday against the Catholic Church, which he accused of being a “coup plotter” and of being a “perfect dictatorship” with no authority to speak of “democracy.”

The tensions were expressed this Friday with the numerous police presence observed by AFP around the San Jeronimo church, as officers placed checkpoints with their patrols in the adjacent blocks to prevent the passage of vehicles and bicycles.

Many Catholics, who on these dates usually celebrate their patron saint with much jubilation, this time limited themselves to watching their saint from afar, and others went inside to attend mass and pay their promises by lighting candles in front of the image.

St. Jerónimo “has interceded for us, especially for Nicaragua”, that is why “we come to dance, to sing, to praise God for the love of Jesus Christ”, said Martha Suárez.

At least seven religious have been detained by police since August, among them Bishop Rolando Alvarez of the northern department of Matagalpa, a government critic, who remains under house arrest.

The bishop is under investigation for inciting “hatred” to destabilize the country.