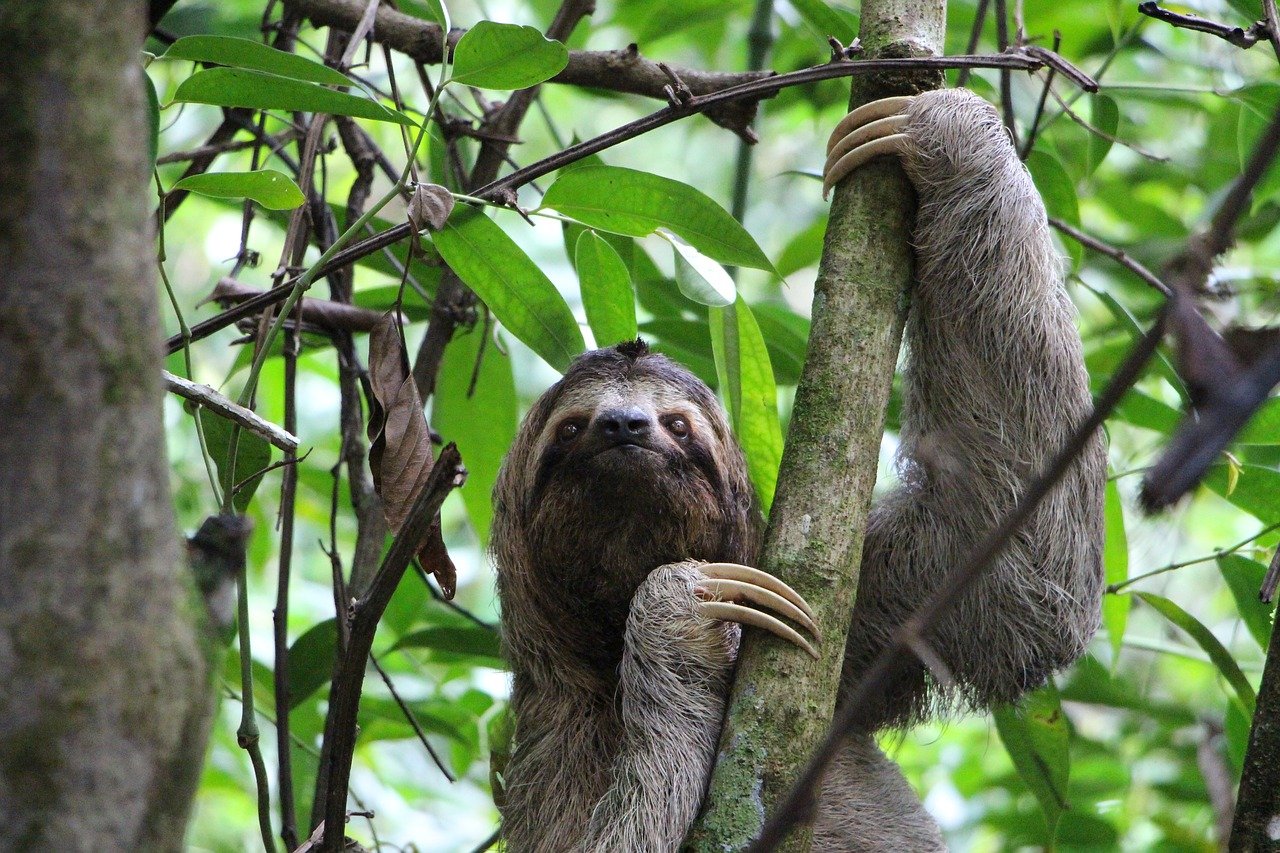 A geolocation system for the benefit of the scientific study of sloths was the winning proposal of the first “Monge Thinkathon”, an event held by the Monge company, which is part of its Good Green Actions program.

STEAM students from the University of Costa Rica (UCR), Tecnológico de Costa Rica (TEC), Universidad Nacional (UNA) and Universidad Hispanoamericana (UH) had 13 hours to create a proposal to respond to the challenge of the lack of information and demographic studies of sloths in the country.

This event seeks to provide technological, innovative and creative solutions for research and conservation of Costa Rica’s biodiversity in the context of climate change.

María Alejandra Merino Zapata and Ricardo Cascante Gómez from TEC were the first-place winners, proposing Sloth Finder: a system for collecting data on sloths, using a drone with thermal sensors, which can take photos even above the treetops, and can be used to generate statistics on the population density of the species and differentiate it from others.

In addition, this system would include an app showing an interactive map with the locations of the species, and a space where citizens can report incidents involving sloth bears; this duo received computer equipment worth US$3,000 in total, seed capital of about $1500 to carry out their project.

On the other hand, brothers Henry and Daniel Gonzalez from the National University, were selected in second place, with their proposal for an app for public use, which would include a section to record sightings, a forum for recommendations to search for these animals and reports of accidents/risk areas for the species.

The third winning proposal was made by Santiago Herra Castro and Jeremy Gomez Cortés, and consisted of a monitoring system through proximity sensors placed in trees that is linked to a database and an app for tourist use.

“We are proud that the first Monge Thinkathon, one more initiative of our program The Good Green Actions of Monge, was a success,” said Carlos Fernandez, Monge Brand Manager.

Fernandez also pointed out the importance of this first edition, as multiple technological solutions emerged from it. He also highlighted the relevance the scientific study for the conservation of the sloth.

“At Monge we have faith in young talent and their ideas, we are sure that these proposals will evolve into high impact projects applying technology and innovation for the welfare of the planet’s biodiversity,” he concluded.

In this edition, a beloved and emblematic symbol for the country was chosen. Sloths are important components of biodiversity because they are an integral part of natural ecosystems and fulfill extremely important functions in maintaining environmental balance. However, there is not enough data about them and therefore the need arises to look for creative and technological solutions to collect useful information to protect them.