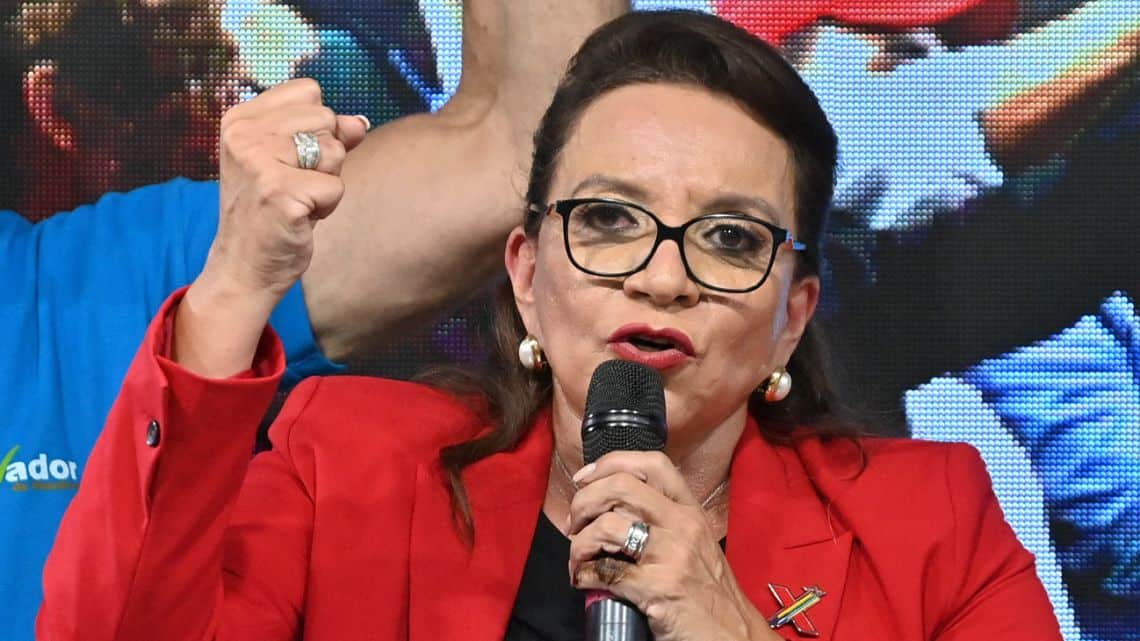 Honduras is looking to avert a political crisis after two lawmakers were named to lead the country’s Congress, less than 48 hours before leftist Xiomara Castro assumes power with the United States watching closely.

Control of parliament is key to Castro’s anti-corruption and political reform platform in a country battered by poverty, migration and drug trafficking.

“We call on political actors to remain calm, to engage in dialogue, to refrain from violence and provocative rhetoric, and we urge their supporters to express themselves peacefully while respecting the rule of law,” US State Department spokesman Ned Price told reporters in Washington on Monday.

The crisis began on Friday when MPs came to blows in the Congress chamber during its first session since being elected in November, in a fight over who should lead the body for its four-year term.

A group of legislators from Castro’s Libre party rejected the president-elect’s proposal to appoint Luis Redondo — whose support as leader of the coalition Savior Party of Honduras (PSH) was key to winning the presidential election — as head of the legislature.

Party dissidents, with backing from right-wing legislators opposed to Castro, instead picked Jorge Calix for the role.

Last Sunday, in parallel sessions, both Calix and Redondo were elected as speaker of the Congress, with accusations of legal breaches hurled by both sides. Both groups claimed they had a majority of votes.

“Let’s have a dialogue. If necessary, let’s repeat the vote. I submit myself to the scrutiny of the deputies whenever they want,” Jorge Calix said in a recorded message.

“If that’s what it takes to restore peace, let’s do it.”

Castro, the first woman to govern Honduras, is due to be sworn in as president on Thursday in a ceremony that will be attended by US Vice-President Kamala Harris.

The president-elect recognized Redondo as the official speaker in a tweet on Sunday and invited him to her swearing-in ceremony.

But the uncertainty in Congress has created a legitimacy crisis around her rule, with analysts saying the swearing-in could be delayed.

Redondo on Monday claimed that “someone from the American embassy contacted me, and we will be talking to them,” suggesting that Washington was mediating in the crisis.

On the same day, at least two Libre dissidents who initially supported Calix withdrew their support and announced their backing for Redondo when the first legislature is installed in the National Assembly on Tuesday.

While Redondo will preside over the face-to-face session, Calix has called for a parallel, virtual one.

Honduran media reported that Calix also received a call from the US embassy — which he did not confirm — with dissident congressman Yahve Sabillon telling local media that representatives for the two prospective congressional presidents met to seek an agreement.

AFP could not independently verify this information.

“I consider that the United States has played the role of arbitrator so that the waters can subside”, said Humberto Reyes, who was demonstrating outside the parliament in support of Redondo.

US State Department spokesman Price had said the election is a “sovereign decision of Honduras.”

“The United States is probably meeting with them to propose a solution that could end up recognizing Redondo or seek a third option,” sociologist and former National University professor Pablo Carias told AFP.

Calix had promised Sunday to work for Castro’s program, in spite of her rejection of his nomination. Castro’s victory involved an alliance with PSH, which will see its leader Salvador Nasralla named vice-president.

“The Armed Forces are already prepared for the inauguration of Luis Redondo” in Congress, Nasralla told AFP.

Castro accuses the dissidents of siding with the National Party (PN) of outgoing president Juan Orlando Hernandez — which held power for 12 years — to undermine her promised anti-corruption campaign.

Hernandez has been accused by New York prosecutors of having links to drug trafficking. His brother, former congressman Juan Antonio “Tony” Hernandez, is serving a life sentence in the United States for the same crime. Both deny the charges.

by Moises AVILA / with Eva RODRIGUEZ in Washington