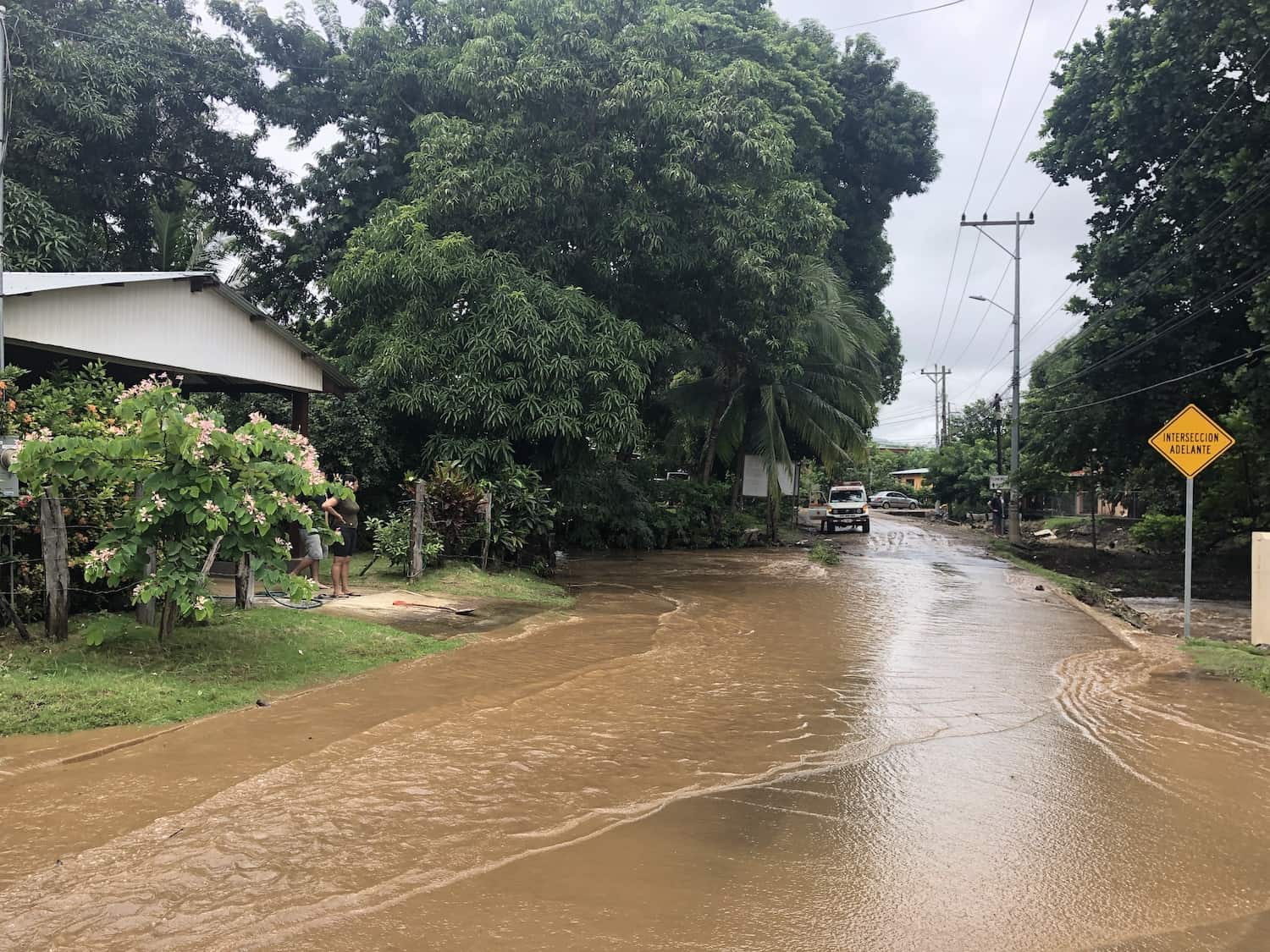 Several days of rainfall have caused flooding in parts of northern Costa Rica, particularly in the province of Guanacaste.

According to Casa Presidencial, local emergency committees in Guanacaste have activated nine shelters across three Guanacaste cantons — seven in Santa Cruz, one in Carrillo and one in La Cruz — with a total capacity for 400 displaced people.

Some 384 people had already been transported to these shelters as of Wednesday evening, according to the National Emergency Commission (CNE).

“Of 114 events to which we responded, 70 are due to flood problems. The most important amount is concentrated in the cantons of Santa Cruz, Carrillo and La Cruz,” said Sigifredo Pérez, chief of operations for CNE.

While the coronavirus complicates relocation logistics, First Lady Claudia Dobles said it’s a scenario for which Costa Rica has prepared.

“We face the challenge of protecting Guanacaste families in risk areas prone to flooding, protecting people affected by the rains, and protecting the population to avoid contagion by the virus,” Dobles said.

CNE maintains orange alerts for the entire Pacific coast of Costa Rica due to the weather.

“This is the result of atmospheric disturbances that will cause heavy rains from [Tuesday] until Friday,” the organization said. The orange alert indicates that CNE has mobilized regional emergency-response teams.

“The Intertropical Convergence Zone remains active over the country, generating humid and unstable atmospheric conditions, favoring cloudiness and rainfall in much of the national territory,” the IMN’s forecast reads.

“In the afternoon and early hours of the night, rain and electricity activity is expected in the North Zone, the Pacific slopes and the Caribbean mountains, while in the Central Valley, weak to moderate rains are expected.”

Take extra precaution when driving in areas of heavy rainfall, and if your community is prone to flooding or landslides. Dial 9-1-1 in the event of an emergency.