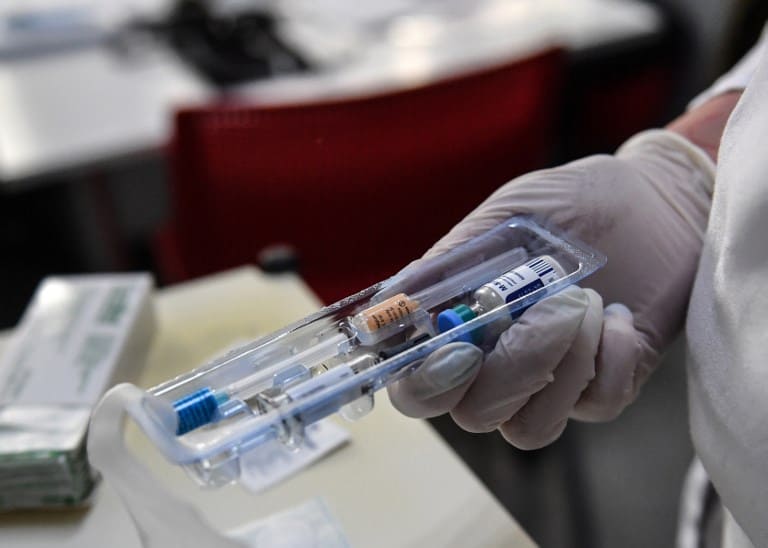 A family physician prepares a measles vaccine during a consultation on April 16, 2018 in the Romanian capital, Bucharest. ( Photo by Daniel Mihailescu / AFP)

A French family that had spent more than a week in quarantine in Costa Rica with measles was discharged, although the trio has to remain in the country, the government agency in charge of public hospitals said Friday.

The three French citizens, one of whom was a 5-year-old child, were able to leave the hospital in Puntarenas on Friday, the press office of the Costa Rica Social Security (CCSS) Fund stated. They had been quarantined in the hospital since Feb. 20.

“They left hospital and were transferred to a condo where they are currently residing,” CCSS said.

The condo is located in Santa Teresa, a beach town in Puntarenas on the Nicoya Peninsula.

The family has to remain in Costa Rica until March 6 on doctor’s orders. On that date, they will return to France, the source from the CCSS said.

The daily La Nación published images of the messages of thanks the French family had left in the hospital where they spent their quarantine.

“Thank you for helping us to carry on smiling,” read one of the two messages that they wrote in Spanish.

The three French people, who were not identified by name, entered Costa Rica on Feb. 18 and traveled the following day to Santa Teresa, where the child presented with symptoms of measles.

The child had not been vaccinated against the disease, which had been eradicated in Costa Rica since 2006.

The parents incubated the measles virus but did not present with symptoms, except for the father, who had “a little fever,” according to the Ministry of Health.

The three were able to leave quarantine after it was certain that they had recovered from the illness.

It can be easily transmitted via drops of saliva that a contagious individual releases through coughing or sneezing.