Everyone who travels must also eat, which means all tourists are food tourists. Everyone visiting or living in Costa Rica will participate in Costa Rica’s food culture.

We often think of tourists as being “outside” of the culture they are visiting. Families travel to Manuel Antonio, soak in some sun, see the sloths, and leave.  But tourism, especially tourism en masse, has more than a passing impact on place and peoples: it truly shapes economy and culture.

Tourists create demand for different goods and services, and often seek out experiences and foods they are familiar with. Costa Rica’s 2.5 million annual tourists affect which foods become available in highly visited areas, and shift the evolution of the country’s modern food culture; they eat some traditional Costa Rican foods and dishes, but also bring a demand for foods and food traditions from other places.

The human dispersal of food and culture is not new. For thousands of years, explorers, settlers, and invaders brought food and food traditions with them to new lands. They stowed seeds in sacks or folds of clothing, sent trees sailing across the sea, and herded animals down long and winding paths.

Many of the foods we now associate with Costa Rican food culture ― rice, bananas, and pork, for example ― are plants and animals that were carried over land and sea many hundreds or thousands of years ago. This transport of living things between places increased the genetic diversity of food species available to people everywhere. 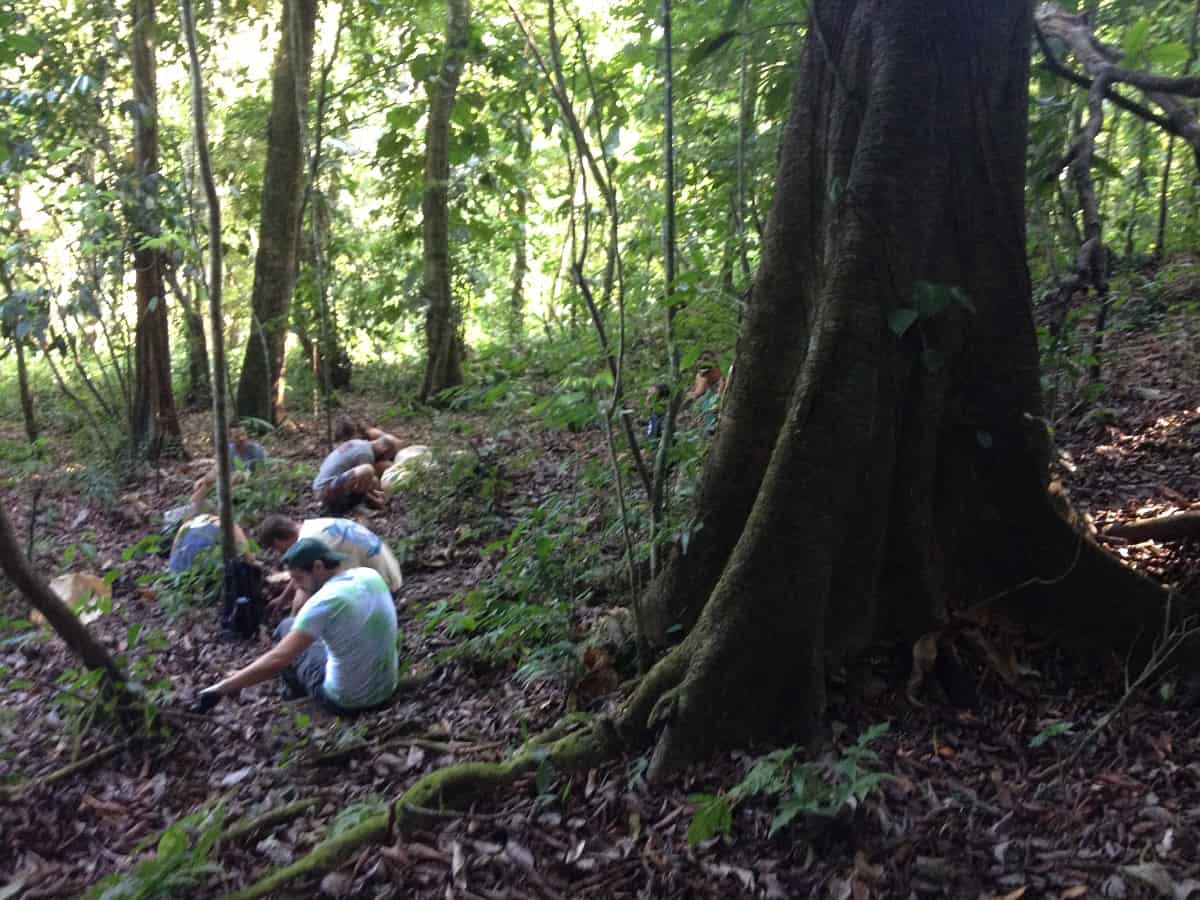 For thousands of years, this transport was slow and seasonal, and had a very specific qualifier: the food people transported had to actually grow and thrive in the new place! Rice, bananas, and pork traveled to and stayed in Costa Rica because they grew well in this area. This type of genetic exchange makes sense, because it is mediated by an ecological relationship between the food species, the place it lives, and the people who grow it.

But once trade routes became solidified and standardized with fossil fuels, food could be transported en masse, year round, with consistency, and no longer needed to grow in the place it was going to. Instead of sending wheat seeds to temperate climes with rich soils, people could now send loaves of bread or bulk grains to anywhere, all the time.

The dispersal of food and culture was no longer mediated by ecological relationships, but by economic and political ones. Wealthy countries could afford to import exotic herbs and spices on a regular basis. Later, countries that wanted to retain more resources began to dominate global markets through controlled agricultural subsidies and the systematic replacement of local food ways with commodity markets.

These changes in food transport and availability are transforming food cultures around the world, including Costa Rica. A person in any city, in any industrialized country, is more likely to eat commodity grains like wheat, rice, or corn, than they are to eat a locally produced starch variety from the region where they live. Our new “food culture” is increasingly a globalized one.

Most tourists with enough disposable income to travel to Costa Rica are coming from industrialized countries with globalized food cultures. When they arrive, they bring with them a curiosity to discover the uniqueness of the place they are visiting, but they also bring with them a demand for the foods they are familiar with, which come from and are shipped to anywhere and everywhere.

Costa Rica is one of the most biologically diverse countries in the world, and has a rich history of food and farming. We need to direct food tourists (that is, all tourists) to engage with and relate to food that grows here, which truly represents the people and place that make Costa Rica unique. We need to reclaim the ecological relationships that bind people, place, and food, together in a sustainable whole.

People coming to Costa Rica for the first time usually don’t know what local foods are or how to use them. They are unfamiliar with forest crops, tree saps, local tubers. Tourist organizations need to actively educate newcomers about local foods so they value and create demand for food sovereignty and diversity within the country. When tourists participate in local foodways, they help shape and sustain them.

I work at an education center where we host groups from around the world to learn about issues in sustainability. We have to make choices about how to accommodate visitors and students from other countries in comfortable ways, while simultaneously working to honor and regenerate local food traditions in the place where we live. Many of our educational programs, and our overall mission, are about developing real-time local food economies. We work hard to source as much as possible from our farm, our neighbors’ farms, and the local region.

It’s a challenge. Within our own organization we oscillate between running a hard line ― no foreign foods in the kitchen, no matter what! ― to making concessions for the sake of practicality, economy, and enjoyment. Our conversations about these decisions can become deeply personal, because they hit the nerves of ethical values and cultural attachment.

We all love pizza and donuts, but wheat doesn’t grow in our region. Tiquisque, breadnut, ojoche, malanga, and lots of other edible starches do. Our philosophy is to continuously participate in the conversation about what we’re doing, and move forward to the best of our ability by seeking out new ways to enjoy and celebrate foods from the place where we live, while at the same time continuing to develop the skills, tools, and strategies for making place-based eating a sustainable reality.

We hope that the people who visit our small town will also value and love the uniqueness of this place, and recognize themselves as participants in Costa Rica’s food culture.

We are proud to present “Food for Thought,” a new occasional series from Laura Killingbeck, is the Director of Food Systems and Fermentation at Rancho Mastatal Sustainability Education Center. The Ranch is a community and education center in Mastatal, Costa Rica, that hosts residential workshops in food, permaculture, natural building, and more. Laura co-manages the Ranch facilities and programs, teaches fermentation workshops, and writes about the intersection between food, body, and place. To take a class with Laura or visit the Ranch, please visit www.ranchomastatal.com.