Venezuela’s oil-based economy is about to flatline. Then what? 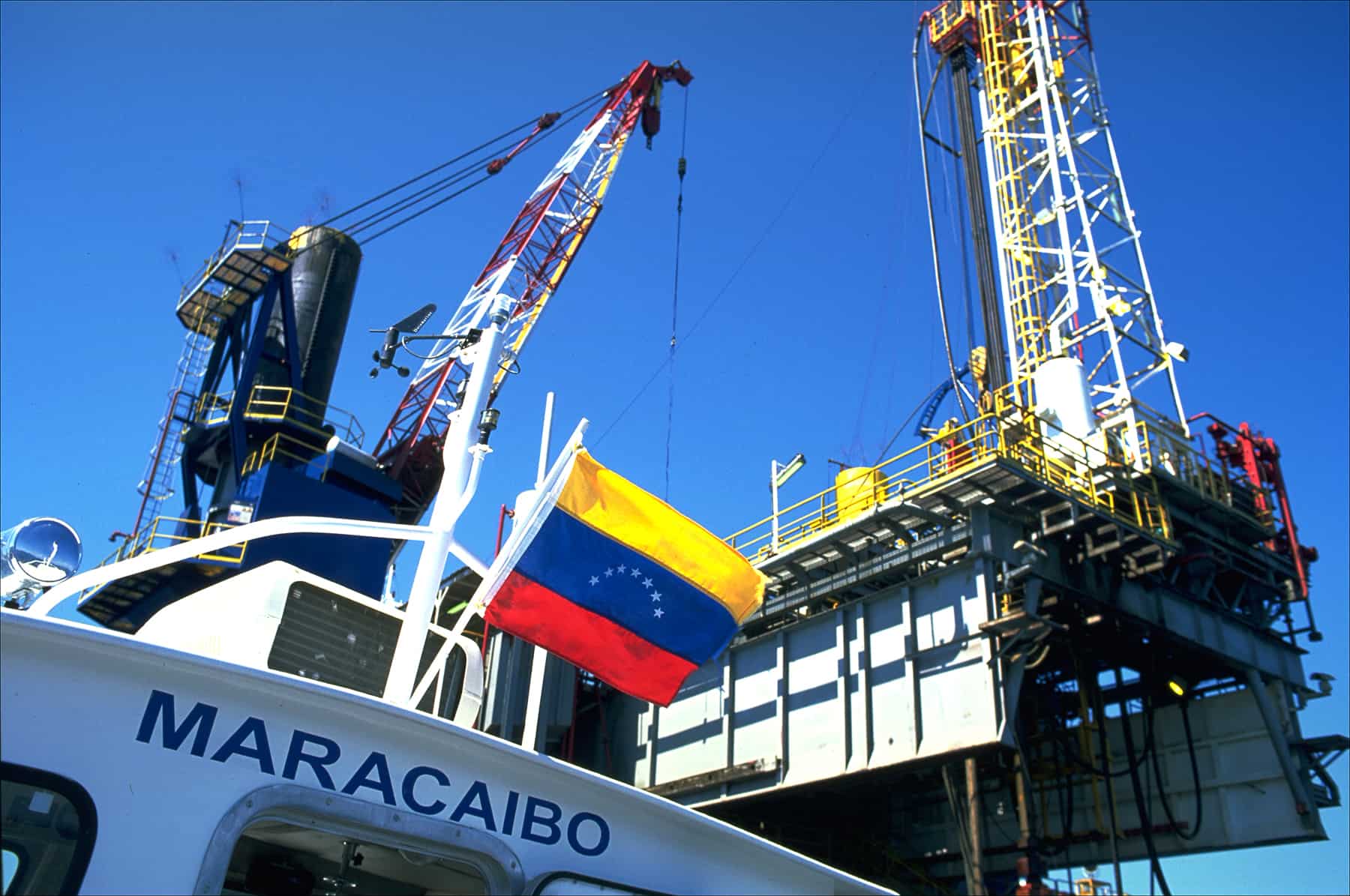 An offshore drilling platform in Venezuela's Lake Maracaibo. Through the Petrocaribe initiative, Venezuela has become a major source of crude oil and petroleum byproducts to 17 countries in Central America and the Caribbean. (Larry Luxner/The Tico Times)

Venezuela, the nation with the world’s largest petroleum reserves, is facing one of the world’s most painful, and predictable, economic collapses. Oil exports account for as much as 95 percent of its trade revenue, and with Venezuela’s brand of heavy crude slumping to $24 a barrel this week, the country is drifting dangerously close to a flat line.

Because the cost of producing a barrel of oil is roughly $20 for state-run oil monopoly PDVSA, according to independent analysts, anything below that level would wipe out the last few pennies of profitability for what is essentially the country’s only significant export industry.

“This is a disaster for Venezuela on all levels,” said Francisco Monaldi, a Venezuelan economist at Rice University’s Baker Institute for Public Policy.

It’s the same challenge facing other big exporters like Nigeria, Russia and Iraq that also depend heavily on oil sales. Only in Venezuela, which already has the world’s highest inflation rate, the pain may be worse.

Just how much remains something of a mystery, because the socialist government of president Nicolás Maduro has not published economic statistics in years. On Friday, Maduro is to give the annual State of the Nation address (“Memoria y Cuenta”) in front of Venezuela’s parliament, which is now under opposition control for the first time in 17 years.

If there’s ever an occasion to lay bare the depths of the country’s financial woes, it’s now.

Venezuelans will be watching to see if Maduro will adopt a more conciliatory tone and agree to some belt-tightening measures, or if he’ll take the country in a more radical direction, as he has hinted in recent weeks while charging opponents with waging “economic war” on the government.

Maduro’s strict adherence to the foreign exchange controls put in place by his mentor, the late Hugo Chávez, have left Venezuela’s industries crippled and its supermarkets gutted. Venezuela imports most of its food and consumer goods, but the country was already having trouble keeping toilet paper and diapers on store shelves two years ago when oil was selling for more than $90 a barrel.

Since then his government has been burning through its foreign reserves and getting hat-in-hand emergency loans from China to continue financing the generous welfare programs that made Chávez popular. But the likelihood of default grows as oil export earnings erode further, with no bottom in sight.

Economists at the International Monetary Fund are predicting a 10 percent contraction in Venezuela’s GDP this year. Annual inflation tops 150 percent. Maduro must make some $16 billion in debt payments by the end of 2016, and Venezuela’s reserves, held mostly in gold, amount to about $15 billion.

The breaking point could come if Venezuela starts losing money by pumping its oil. PDVSA managers say their extraction costs are among the world’s lowest, at less than $10 a barrel, but Monaldi said that does not take into account transportation to refineries, royalties to foreign partners and other factors.

“PDVSA most likely still has positive cash-flow in most of it production, but if you add all other costs it should come close to not making operational profits,” he said. The real figure is closer to $20 a barrel, according to Monaldi and other industry analysts. Venezuela was the world’s 12th-largest oil producer in 2014, according to the U.S. Energy Information Administration.

And though it boasts the world’s largest proven reserves, Venezuela’s biggest deposits are in an area known as the Orinoco Belt that require significant foreign investment to develop because the crude is so thick and tar-like, and thus costly to transport.

“The consequence is that no private investment will happen in Orinoco and PDVSA’s production will tend to stagnate or fall,” Monaldi said.

Maduro’s speech Friday will be the first time he’s had to face the country’s lawmakers after his socialist party was trounced by the opposition in last month’s parliamentary elections.