Pile of whale puke will auction for upwards of $10,000 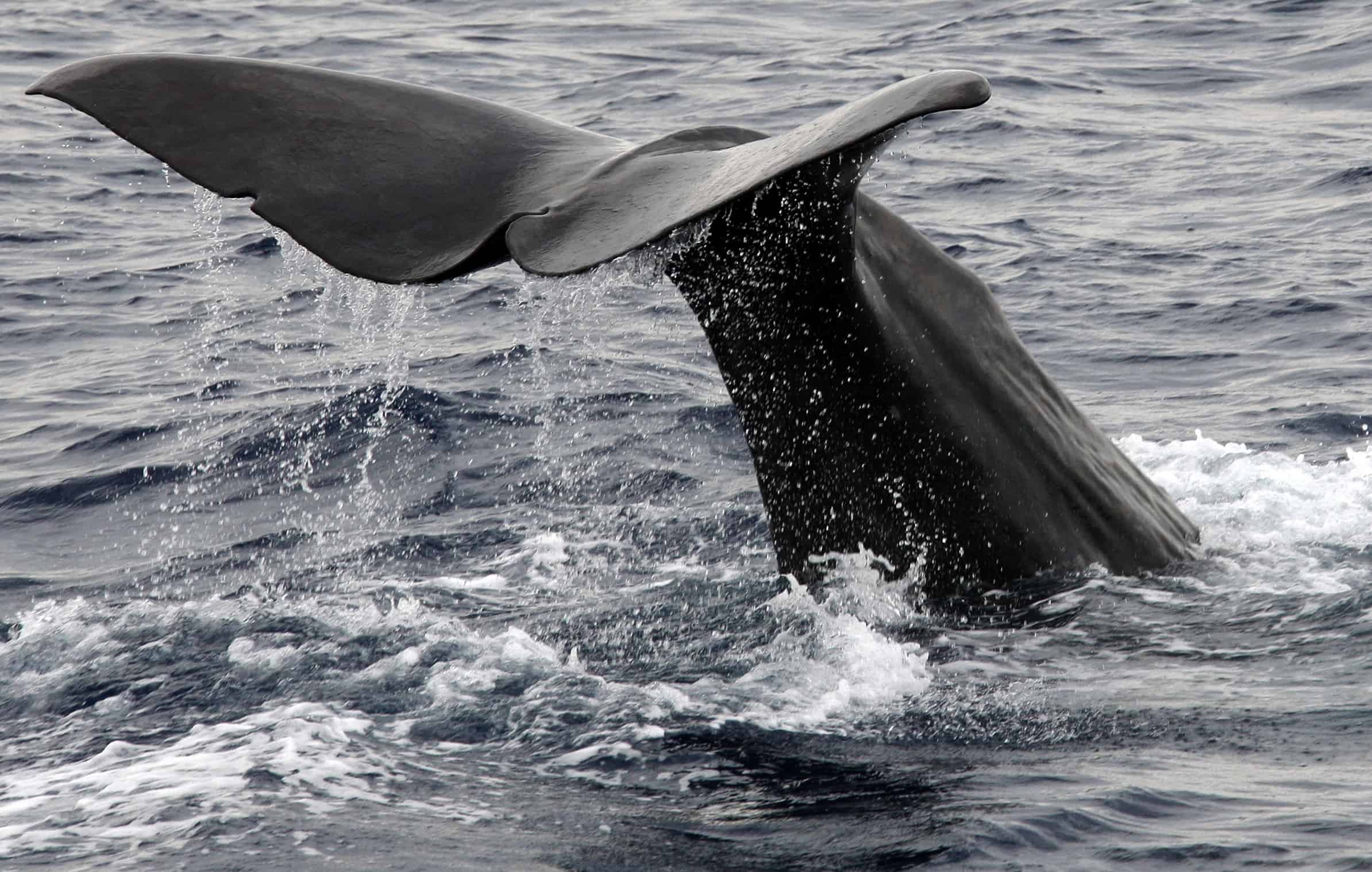 An 18-meter-long sperm whale swims in the Mediterranean, off the coast of southern France. The sperm whale is the largest toothed animal alive, measuring up to 20 meters long. They can cruise the oceans at about 37 kilometers per hour. They also create social cliques based on a shared dialect of vocal clicks, evidence that humans are not alone in having culture, according to research published published on Sept. 8, 2015. Oh, and their puke is expensive. (Valery Hache/AFP)

Now’s your chance to own a nice big chunk of grade A whale vomit for just $10,000. No? Not interested?

Don’t be so hasty.

Earth Touch News explains that the whale puke, spotted by a lucky gent walking his dog on an island off the coast of Wales, is a prized commodity. A photo from Jan. 28, 2013, in Morecambe, northwest England, shows Ken Wilman posing for pictures with his dog Madge and a yellowish stone which he hopes is a rare form of whale vomit, or ambergris. Nigel Slater/AFP

The substance, which may actually be pooped out more often than it’s vomited, is created in the bile ducts of sperm whales. It may be produced to help whales pass large or irritating objects that they swallow accidentally. In any case, it’s usually expelled with bowel movements, but scientists think that the larger chunks probably come out in vomit.

Once expelled, the substance can float around in the ocean for years. It’s stinky when fresh — as one would expect whale poo and/or vomit to be — but as it ages, it can develop a more pleasant, musky odor.

But perfumers aren’t inherently interested in it for smell. This so-called ambergris, named for the Latin phrase for “gray amber” (which admittedly sounds better than “cetacean chunks”), is really good at making scents stick to human skin.

Here’s more from the BBC:

If the smell of the ambergris itself is pleasant, that’s just a bonus. For now, it sounds like the ambergris up for sale is pretty stinky. But that musk could end up adding important notes to an expensive perfume one day.

It’s being sold by Adam Partridge Auctioneers & Valuers, who’ve set the starting bid at $10,000. On the auction house’s Facebook page, representatives are valiantly attempting to educate the super grossed out public. But while you might wrinkle your nose, there’s no doubt that perfumers will rush to throw down cash for the waxy prize. A six pound hunk of ambergris — around three times the size of this one — once sold for over $150,000.

If a high-end perfume house’s scent expert takes a whiff of the whale puke in question and finds it particularly thrilling, there’s no telling how high the bidding could go.