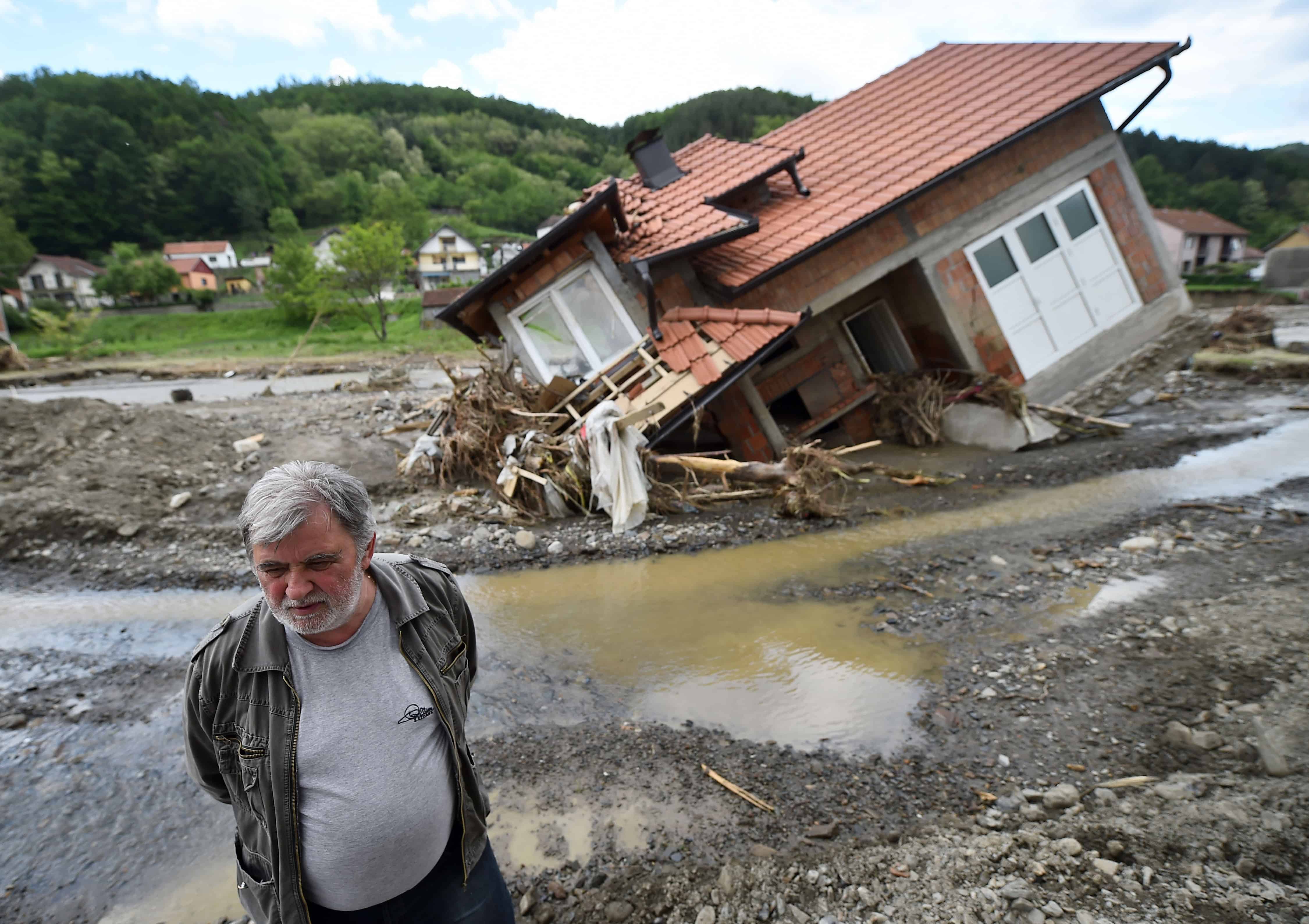 A man stands near a damaged house in Krupanj, some 130 kilometers southwest of Belgrade, on May 20, 2014, after the western Serbian town was hit with floods and landslides, cutting it off for four days. (Andrej Isakovic/AFP)

When severe flooding started to ravage the Balkans last month, Jovanka Tesanovic had mixed emotions. Born in Sarajevo and raised in Belgrade, she was proud of her friends and family for helping with the effort, but she wanted to volunteer as well. Instead, she lives in Costa Rica and works at the Castillo Country Club, thousands of miles from the natural disaster affecting her countrymen.

“I saw what was happening and I felt really bad about being unable to help,” Tesanovic recalled recently to The Tico Times. “It was super hard to be in front of a computer, knowing that all my friends are on alert, helping in the most difficult places, and I am [in Costa Rica] only watching.”

Then Tesanovic came up with an idea: She contacted Stanko Trifunovic, the Serbian consul in Costa Rica, and asked about throwing a fundraiser. It happens that the owners of C Lounge in Heredia are Bosnian natives, and they offered to host an event. They arranged a concert with Costa Rican band Agua Quina and singer-songwriter Humberto Vargas.

One of Tesanovic’s friends even put together a video trailer:

The Balkan flooding has gained widespread attention for its unexpected severity. Residents of the Balkans have not only had to contend with landslides and ruined neighborhoods, but unearthed landmines as well. In Serbia alone, the death toll has exceeded 50 people and 18,000 houses have been completely destroyed. At the same time, the flooding has been cause for widespread goodwill, including daring rescues in makeshift rafts in towns that were ethnic battlefields not long ago. Tesanovic points out that the Balkans desperately need money in the wake of the recent deluges, which came suddenly and took hundreds of communities by surprise. The governments of Croatia, Bosnia, and Serbia expect to spend billions of dollars, and it may take several years to fully recover.

Tesanovic concedes that there aren’t many Balkan people in Costa Rica, although some emigrants arrived here from Yugoslavia during World War II. “We don’t have a specific community, but sometimes we get together to celebrate Orthodox Christmas,” she said.

Then again, Tesanovic feels the cause is universal and hopes to attract at least 100 visitors.

“The idea was to organize this event and see how it goes,” she said. “In a few weeks [we may] organize something different with some other group somewhere in San José, so that more people can come, have fun and also aid people who need help.”